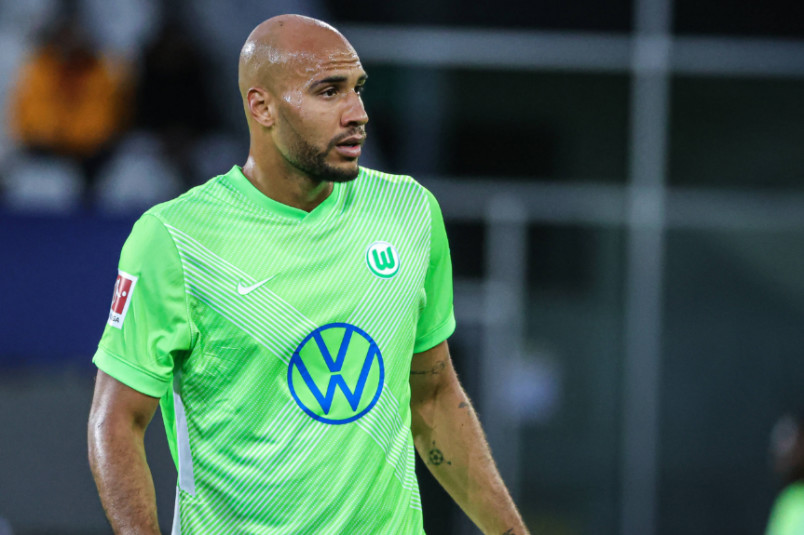 The roundup of USMNT players in Europe and Mexico starts in the Bundesliga. John Brooks’s Wolfsburg beat Arminia Bielefeld 2-1 at home. Wout Weghorst put Wolfsburg up in the 19th minute with Maxi Arnold scoring a minute later. Arminia pulled a goal back in the 80th minute.

“I’m very happy we got our first win of the season, as we all are, and it’s also our first win at home in several months,” Wolfsburg coach Oliver Glasner said. “On top of that, I’m happy with the way we played because we were really good for 75 minutes. We were in control of the game, scored some nice goals and were also unbelievably stable in defense.”

Timmy Chandler subbed on at halftime of Eintracht’s 5-0 loss at Bayern Munich. Josh Sargent’s Werder Bremen drew 1-1 at home with Hoffenheim. Maxi Eggestein scored for Werder in the 5th minute with Hoffenheim equalizing in the 22nd.

“Towards the end they really pushed us,” Werder Bremen coach Florian Kohfeldt said. “The last 10 minutes often ends up being how you remember a match, but we played well in other phases of the game. I thought we were very good with the ball but out of possession, it was perhaps the worst I’ve seen us so far this season. But at the end of the day, we’ll gladly take the point back to Bremen with us.”

Julian Green’s Furth won 3-1 at Holstein Kiel in the 2.Bundesliga. Paul Seguin put Furth up in the 7th minute with Branimir Hrgota doubling the lead in the 28th. Havard Nielsen finished off the Furth goals in the 58th. Holstein Kiel scored in the 65th and went a man down in the 72nd. Terrence Boyd equalized for Hallescher in their 3-2 win at Lubeck in the 3.Liga. Trailing from the 11th minute, Boyd scored in the 62nd with Laurenz Dehl making it 2-1 Hallescher in the 65th. Lubeck equalized in the 82nd with Julian Guttau scoring for Hallescher in the 90th minute. Boyd assisted on the Guttau goal. Hallescher finished a man down with a red card to Antonios Papadopoulos in the 90th. Boyd saw yellow in the 89th minute.

Tim Ream and Antonee Robinson were in the defense for Fulham’s 2-1 home loss to Crystal Palace in the Premier League. Trailing from goals in the 8th and 63rd minutes, Tom Cairney scored for Fulham five minutes into stoppage time. Fulham went a man down in the 88th with a red card to Aboubakar Kamara. Christian Pulisic subbed out in the 81st minute of Chelsea’s 0-0 draw at Manchester United.

Duane Holmes subbed on in the 77th minute of Derby County’s 1-1 draw at Nottingham Forest in the Championship. Martyn Waghorn scored for Derby in the 30th with Forest equalizing in the 64th minute. Geoff Cameron’s QPR drew 0-0 at home with Birmingham City.

Lynden Gooch’s Sunderland lost 3-1 at home to Portsmouth in League One. Down a goal from the 7th, Charlie Wyke equalized for Sunderland in the 10th minute. Portsmouth scored in the 25th and converted an 85th minute penalty following a red card to Sunderland’s Luke O’Nien. Matthew Olosunde subbed on in the 64th minute of Rotherham United’s 3-0 loss at Reading. Rotherham gave up goals in the 41st, 79th, and from a stoppage time penalty.

Sergino Dest’s Barcelona lost 3-1 at home to Real Madrid in La Liga. Trailing from the 5th minute, Ansu Fati equalized for Barca in the 8th. Real Madrid converted a 63rd minute penalty and scored in the 90th. Shaq Moore subbed out in the 88th minute of Tenerife’s 0-0 home draw with Espanyol in the Segunda Division. Andrija Novakovich scored in Frosinone’s 2-0 win at Pescara in Serie B. Camillo Ciano put Frosinone up in the 6th with Novakovich doubling the lead in the 50th minute.

Aron Johannsson scored in Hammarby’s 3-1 win at Ostersund. Gustav Ludwigson put Hammarby up in the 53rd with Alexander Kacaniklic doubling the lead in the 62nd. Johannsson added a third goal in the 74th with Ostersund scoring in the 78th. Mix Diskerud’s Helsingborg lost 3-2 at Orebro. Trailing from goals in the 13th and 24th minutes, Anthony van den Hurk scored for Helsingborg in the 27th. Orebro converted an 82nd minute penalty with Max Svensson pulling a goal back for Helsingborg in the 89th.

Matt Miazga’s Anderlecht won 3-1 at Kortrijk. Lukas Nmecha scored in the 6th minute with Percy Tau doubling the lead in the 30th. Nmecha scored again in the 65th. Kortrijk converted a penalty in the 87th minute. Ethan Horvath was in goal for Club Brugge in their 2-1 loss at Leuven. Trailing from a 21st minute penalty, Noa Lang converted a Club Brugge penalty in the 45th. Leuven scored in the 57th minute.

Kenny Saief subbed out in the 79th minute of Lechia Gdansk’s 1-1 draw at Zaglebie. Trailing from the 3rd minute, Flavio Paixao equalized from the penalty spot in the 72nd. Luca De La Torre’s Heracles drew 1-1 at Sparta. Trailing from the 47th minute, Rai Vloet equalized in the 75th. Sparta went a man down in the 54th minute. Eric Lichaj subbed out in the 69th minute of Fatih Karagumruk’s 2-0 loss at Alanyaspor. The goals came in the 8th and 81st minues.

Weston McKennie was cleared to play for Juventus after testing negative for the coronavirus and was on the bench for their game. Jonathan Amon reinjured his knee in training with Nordsjaelland and will require surgery. Tyler Adams missed RB Leipzig’s game with a minor injury picked up in training.