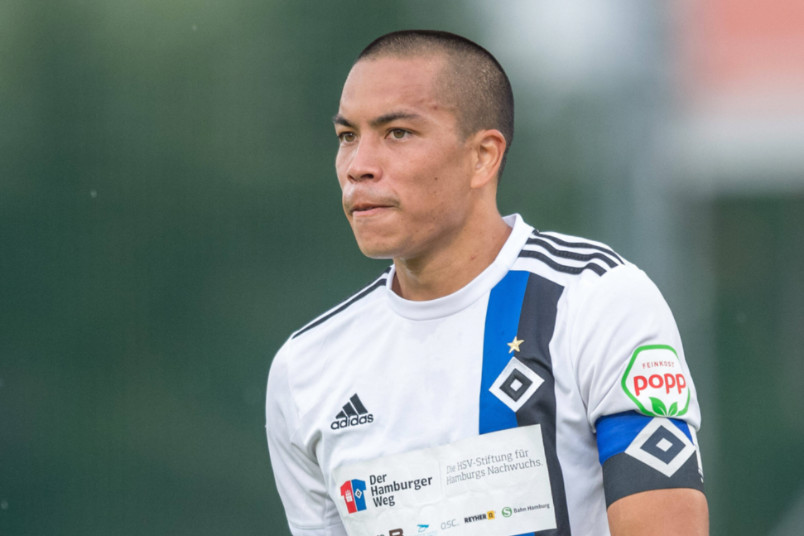 Thursday’s soccer news starts in the 2.Bundesliga. Bobby Wood subbed on in the 72nd minute of Hamburg’s 3-0 home win over Erzgebirge Aue. Manuel Wintzheimer opened the scoring in the 17th minute with Sonny Kittel making it 2-0 in the 57th. Khaled Narey finished off the Hamburg goals in the 72nd.

“Altogether I’m satisfied with the game,” Hamburg coach Daniel Thioune said. “I think we were dominant for 90 minutes. We created a lot of problems for Aue with our tactical play, and our three centre-backs gave them few chances.”

In the 3.Liga, Terrence Boyd scored in Hallescher’s 4-1 home win over SV Meppen. Laurenz Dehl put Hallescher up in the 11th minute with Jannes Vollert adding a goal in the 25th. Julian Derstroff extended the lead in the 50th with Boyd finishing off the scoring in the 80th minute. Boyd subbed out in the 86th.

Shaq Moore’s Tenerife lost 1-0 at Ponferradina in the Segunda Division. Falling behind in the 20th minute, Tenerife went a man down with Jorge Zarfino seeing red in the 73rd. In England’s Championship, Geoff Cameron’s QPR lost 2-0 at home to Preston North End. QPR gave up penalties in the 24th and 60th minutes.

“It was a poor game,” QPR manager Mark Warburton said. “I think both keepers had one save to make, we gave away two really soft penalties and we never really got going. We showed a lack of quality and didn’t do enough to win a game of football. We lacked any real quality all over the pitch to be honest. We moved the ball okay at times but we never really hurt them.”

Cameron Carter-Vickers wasn’t in the squad for Bournemouth’s 1-1 draw at Cardiff City. Dominic Solanke scored for Bournemouth in the 35th with Cardiff equalizing in the 62nd.

The only American coach in the Champions League, Jesse Marsch saw his Red Bull Salzburg draw 2-2 at home with Lokomotiv Moscow. Trailing from the 19th minute, Dominik Szoboszlai equalized in the 45th with Zlatko Junuzovic scoring in the 50th. Lokomotiv equalized in the 75th minute.

ESPN’s Tom Marshall asks about the balance of power in Concacaf. The Telegraph’s Sam Wallace explains the changing scope of the transfer business in England’s Championship. The PFA releases their study of online abuse directed at players. Reuters relays FIFA president Giannio Infantino saying that the Club World Cup is the focus and not a European Premier League.