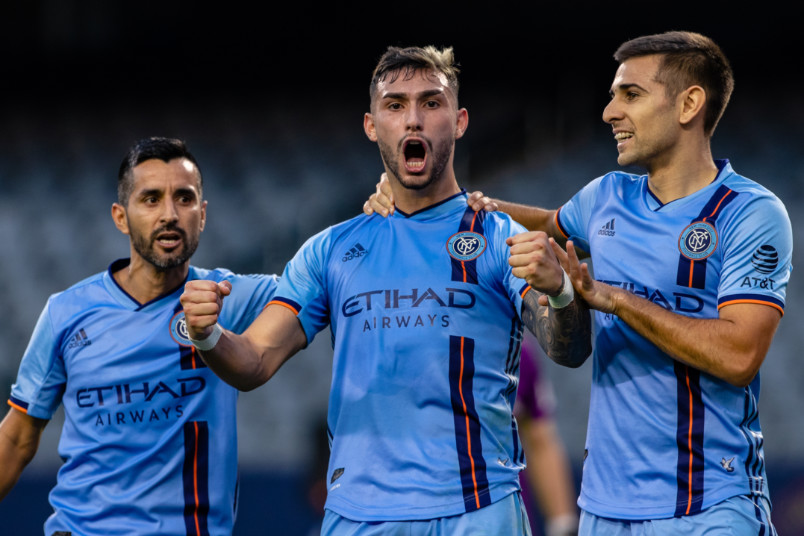 By Clemente Lisi – NEW YORK, NY (Nov 9, 2020) US Soccer Players – It’s that time of year again. The MLS regular season is done and the teams that made it to the postseason get something of a reset. Win the games ahead of you and chart a path to the title. That’s the job after Decision Day. If the long regular season is the appetizer, the playoffs will be the main course even in this season of unique challenges.

Sunday marked the end of the regular season and the results can offer a glimpse into how teams will do in the playoffs. Decision Day is always a fun finale. The conference titles and Supporters’ Shield were both on the line this time.

MLS history shows us that even teams that squeeze into the playoffs can go on a deep run. Conversely, teams that look competitive and win the Supporters’ Shield very often fall short. That’s equal parts frustrating and exciting for those that want to see the best team over the course of a season rewarded.

With the MLS regular season over and the playoffs starting after the international break, here’s a look at the five hottest teams heading into the playoffs.

It’s true that winning the Supporters’ Shield is no measure of how a team will do in the playoffs. It’s also true that having the best regular season record can often be an impediment. Whether or not this applies to Philadelphia is an open question. This is a side that has seen a meteoric rise over the past two years. The Union outlasted Toronto FC in the Eastern Conference to win their first trophy in team history Sunday thanks to striker Sergio Santos’ 11 goals.

Philadelphia now has home-field advantage in the playoffs, although in the COVID-19 age that could mean very little other than reduced travel. Under coach Jim Curtin, the Union dominated games through possession and a strong attack. The team’s 44 goals this season are the second-most in the league and that could be what helps Philadelphia go deep into the playoffs this year.

The 5th-seed in the Eastern Conference, NYCFC clinched a playoff berth earlier this month. Now, they are looking to see how their game matches up in knockout scenarios. Plagued by injuries over the past few weeks, NYCFC has scored nine goals in the past two games. That should cause concern for other coaches.

Striker Valentin Castellanos has six goals this season, but NYCFC’s strength comes from a team effort. Jesus Medina remains the midfield key for this squad, while goalkeeper Sean Johnson led the league in saves with 77 in 22 games. Those pieces could make all the difference in the playoffs.

The Timbers finished third in the Western Conference and led the league in goals scored. Diego Valeri, once again, proved key for the Timbers, leading the team with eight goals and six assists. Valeri isn’t the only bright spot for a side that also features strikers Jeremy Ebobisse, Felipe Mora, and depth across all positions.

Midfielder Sebastian Blanco can aid both the defense and offense, exactly the kind of player that can make the difference in tight games. The Timbers are a team getting hot at the right time. They also won it all in 2018 with some of the same players currently on this roster. Having been there before can make a big difference in the end.

The best team in the Western Conference, Sporting KC has what it takes to win it all. Coach Peter Vermes knows how to get the most out of his players. He’s done that time and time again over the years. This is season is no different, despite injury issues.

One of those players Vermes has gotten the most out of is first year midfielder Gadi Kinda. He ‘ss been a force, appearing in 18 games while recording six goals and four assists. Kinda’s addition to the midfield makes up for the injury-plagued season veteran Graham Zusi has experienced this year.

Never rule out the Sounders. This is a team that has made getting hot in the playoffs an annual event. This season may have seen coach Brian Schmetzer’s team cooling down near the end rather than heating up, but that could easily be a regular season problem.

Seattle edged out Portland for 2nd-place in the Western Conference, though it’s worth the reminder that their 1.77 goals per game would’ve had them in 5th-place in the East. Striker Raul Ruidiaz scored 11 goals this season, equaling his total from 2019, and is the player Seattle will be pinning their hopes on to get the job done. Jordan Morris scored 10 goals this season but he means so much more to this team. He’s become a true leader on and off the field.