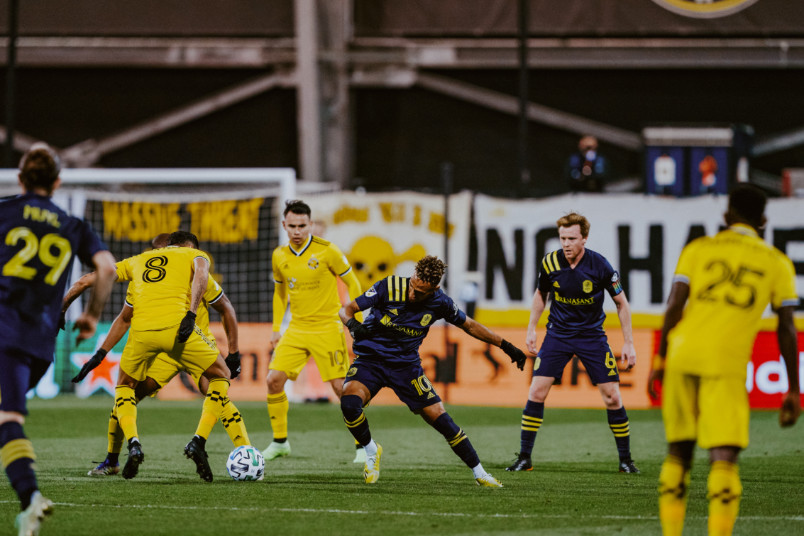 Monday’s soccer news starts with the MLS playoffs, specifically the Eastern Conference. Even more specifically, New England ending Orlando’s run with a 3-1 road win. Carles Gil opened the scoring for the Revs from the penalty spot in the 17th minute. Gustavo Bou doubled the lead in the 25th. Junior Urso pulled a goal back for Orlando City, going a man down in the 60th with a red card to Mauricio Pereyra for a serious foul. New England goalkeeper Matt Turner saved a 74th minute Nani penalty. Bou finished off the Revolution goals in the 86th minute.

“Our guys hung in there,” New England coach Bruce Arena said. “They had to battle in the second half despite the fact, I think, they had more of the ball for a good majority of the game. They really didn’t create too many dangerous chances, so I think for the most part we did well. I told our team afterwards besides congratulations, we made some mistakes in this game and we go to get it better for next week if we hope to advance to MLS Cup.”

On the other side of the bracket, Columbus needed extra time at home to shutout Nashville 2-0. Pedro Santos scored in the 99th minute with Gyasi Zardes assisting. Zardes scored in the 103rd minute with Andrew Tarbell making four saves to keep the clean sheet.

The Eastern Conference final is set for December 6th at Columbus with the Crew looking to stop New England’s run from the play-in round. As Charles Boehm makes clear for MLSsoccer.com, it makes no sense to play down any team coached by Bruce Arena. Though the Columbus contingent and plenty in Portland would say the same about Caleb Porter, Arena has had less to work with this season.

While Arena himself has no issues talking up or down his club when needed, the job is unique in 2020. Given the same ample excuses as everybody else, Arena had to push his team forward just to get them in a playoff position. His Revolution has now knocked out both of the league’s surprise stories. Columbus wouldn’t carry the same weight after those two wins, even if it’s now the path to MLS Cup.

Depending on his mood, that might be how Arena wants it. His team may be the lower seed, but it’s tough to play them up as a team hoping for a couple of breaks to make it a game in Columbus. It’s easy enough to make them the favorite, with the 8th-seed showing more control against better teams on their way to the Eastern Conference final.

The Tennessean’s Gentry Estes with what Nashville SC is taking from a debut season playoff run. The Orlando Sentinel’s Julia Poe on Orlando’s exit. The LA Times’ Kevin Baxter questions LAFC as an organization.

ESPN FC’s James Olley considers what Chelsea should expect from its squad. The Guardian’s Ewan Murray looks at the situation with Celtic, trailing Rangers in the Scottish Premier League and exiting the League Cup in the second round.

Photo by the Columbus Crew