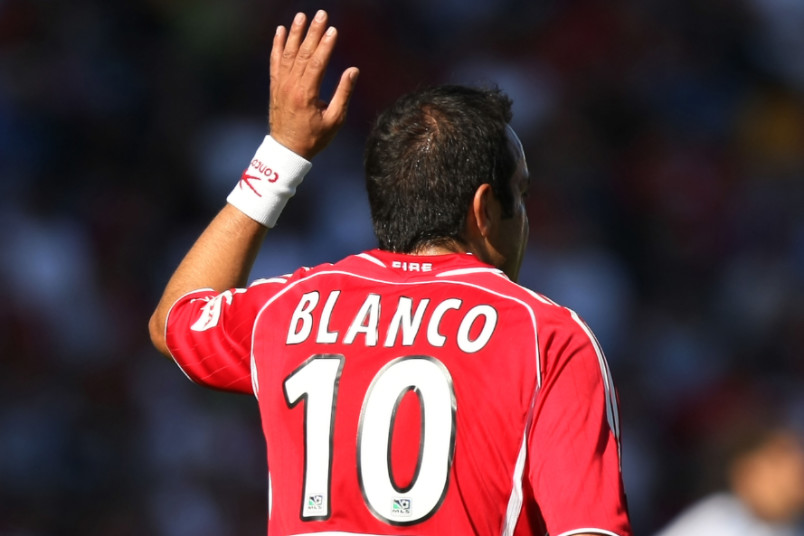 By Clemente Lisi – NEW YORK, NY (Nov 2, 2020) US Soccer Players – Election Day is here. After months of speeches and debates, voters will decide who they want representing them. It isn’t unheard of for athletes to also turn to politics once their playing days are over.

It turns out that the soccer world has given us a great many political figures. Those people aren’t just limited to running governing bodies, say like former French star Michel Platini who once headed UEFA, but in some cases actually deciding to run for public office.

Some former stars have taken prominent positions within the political world. The great Pele, who just turned 80, once served as Brazil’s Minister of Sport. For three years starting in 1995, the three-time World Cup champion drafted a law that would have rooted out alleged corruption within the Brazilian game. The legislation never went far with Pele stepping down from the role.

His fellow Brazilian players have been no strangers to politics. Zico, for example, had previously served as Minister of Sport in 1990. Other former Brazilian greats, such as Socrates and Romario, made politics a major part of their post-playing careers. Here are five former soccer stars who made it in politics.

Let’s start our countdown with those Brazilians. Socrates, who died in 2011 at the age of 57, is famous for being an attacking midfielder for Italian club Fiorentina and his National Team at the 1982 and ’86 World Cup. Socrates was a medical doctor, a rare feat for a professional athlete, and became politically active in the ‘80s while still a player.

An opponent to the military government that ran the country at the time, Socrates was a member of Brazil’s left-wing Workers’ Party. While a player at Corinthians, he co-founded the Corinthians’ Democracy movement and regularly spoke at rallies. Although he never ran for office, Socrates was integral in influencing his country’s political future.

Romario is famous for leading Brazil to the World Cup title in 1994. Upon retirement, he decided to turn to politics. During the country’s 2010 general election, he won election to the Chamber of Deputies as a member of the Brazilian Socialist Party.

As an elected official representing Rio de Janeiro, the former striker protested the amount of money the country had spent to host the 2014 World Cup. Romario left the party in 2017 and joined Podemos, a centrist party. In March 2018, he unsuccessfully ran for governor of the state of Rio de Janeiro.

After retiring in 2003, former Belgium midfielder Marc Wilmots entered the political fray. He won election to the Belgian Senate for the Reformist Movement, a conservative party, in the 2003 national elections.

Wilmots’s political career was not very long. Two years later, he announced his intention to resign from the senate. He eventually went into coaching, first as an assistant for Belgium from 2009 to 2012, then as head coach from 2012 to 2016. Wilmots coached Belgium at the 2014 World Cup. His last gig was as coach of Iran in 2019.

A former Italy all-time great famous for his time with AC Milan, Gianni Rivera was famous for his exploits at the 1970 World Cup. Winner of the Ballon d’Or winner in 1969, Rivera retired a decade later. Off the field, Rivera used his fame to enter the contentious world of Italian politics.

Rivera began his political career in 1986, elected to the Italian Parliament a year later as a member of the Christian Democrats. He was re-elected in 1992 and again two years later under the Segni Pact. With the Christian Democrats dissolved as a political party, Rivera in 1996 was elected as a member of the left-wing Uniti nell’Ulivo coalition. He would later serve as an under-secretary for defense for Prime Minister Romano Prodi.

The Club America and Mexico star ended up in MLS with Chicago midway through a career that ended up lasting 23 years. Blanco opted for politics after his retirement, winning election as the president of Cuernavaca.

Blanco served in that role from 2015-18, switching affiliations from the Social Democrats to the Social Encounter Party and resigning to seek a bigger office. He was a surprise candidate for the governor of Morelos in 2018, eventually having no problem winning election. He is now running a state that has serious challenges for even the most experienced politicians.

Not only was the former AC Milan one of the best players ever to emerge from Africa, the 1995 Ballon d’Or and FIFA World Player of the Year winner went on to become a very successful politician. He became president of his native Liberia just two years ago.

By far the most successful former player-turned-politician, Weah has mostly been a humanitarian once his career came to an end. He turned that work into a chance to reform the war-torn nation and ran unsuccessfully for president in 2005. Weah kept at it, first becoming a senator with the Congress for Democratic Change party before winning the presidency. Father of USMNT striker Timothy Weah, this former soccer great is trying to restore his country’s economy now that he’s in power.