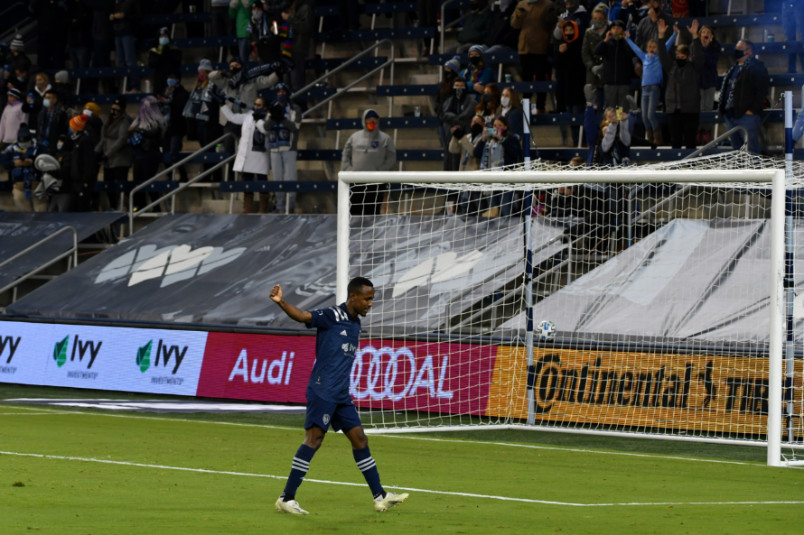 Wednesday’s soccer news starts with the Western Conference. Major League Soccer reset the West when play resumed, shifting Nashville to the Eastern Conference and leaving the West with 12 teams. That meant qualifying eight teams directly to the playoffs rather than needing the East’s play-in round. That also means a difference in making the playoffs in the West.

That playoff line looms in every MLS season, the easiest way to separate success from failure. Vancouver, the Galaxy, Real Salt Lake, and Houston failed according to that line of thinking because their seasons are over. Four of their fellow Western Conference teams will join them once the first round concludes later this month. What those teams will have accomplished is playing one extra game. How much weight those clubs put on that will, in large part, determine how they spend their offseason.

Since nothing is close to normal right now, that’s going to take at least some perspective. San Jose has shown more than once that their gunslinger approach to play can end up with them flat on their back or celebrating an unlikely win. Should they knockout Sporting Kansas City, it’s nominally a #1 seed exiting to #8. Normally, that would mean Kansas City needing to give serious thought to its approach, personnel, and plans for 2021. This season it could just be the latest fluky example of an MLS season that lacks rhythm and coherency across all of its clubs.

You can easily make a similar argument for all four Western Conference matchups. Colorado is the points per game club, sitting out most of October and showing back up in a playoff spot. They finished the season by beating the Sounders, Timbers, and Dynamo. As the 5th-seed, knocking out 4th-seed Minnesota wouldn’t exactly be a shock.

LAFC at full strength as the 7th-seed against an up and down Seattle that ended up 2nd sets itself up similarly. Carlos Vela, Diego Rossi, and Bradley Wright-Phillips against Raul Ruidiaz and Jordan Morris. That’s what this game offers and it’s hard to tilt that in either teams’ direction.

Portland vs Dallas may be the closest thing to a normal playoff game the West can offer. The Timbers are the clear favorite in the 3rd vs 6th game. A loss for Portland should have them reconsidering what they accomplished this season and what they can do for 2021.

Nobody is pretending that 2021 is going to be a regular season. Any MLS team operating with that in mind is setting themselves up for disappointment.

Also in the soccer news, Concacaf announced that Orlando City’s Exploria Stadium is the site for the completion of the Champions League. The tournament resumes on December 15 and concludes on the 22.

“The Scotiabank Concacaf Champions League is our flagship club competition and a huge amount of work has gone into ensuring we can safely resume the tournament and crown a regional club champion,” Concacaf president Victor Montagliani said in a press statement. “Orlando’s Exploria Stadium will provide a great host venue for the final seven matches of this competition. I want to thank the team at the stadium for being so supportive in working with Concacaf to plan for what will be a great finale to the 2020 SCCL for the clubs and their fans across the region.”

The Atlanta Journal-Constitution’s Doug Roberson looks at the gap in games for United as they wait on the Champions League. SI.com’s Brian Straus on the USMNT’s preparations in Wales for their November friendlies. SBI’s Ives Galarcep with USMNT goalkeeper Zack Steffen’s comments from camp.