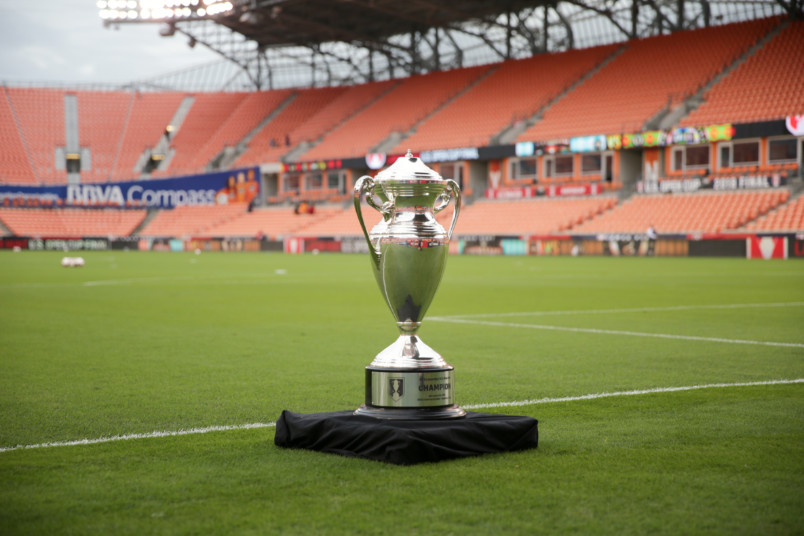 By Clemente Lisi – NEW YORK, NY (Nov 30, 2020) US Soccer Players – Given how many soccer clubs have come and gone over the history of the sport in the United States, it’s easy to focus on the most memorable. A handful of clubs can dominate an era. The further back you go, the easier it is to summarize a decade or two of American soccer history with names like Bethlehem Steel or the Fall River Marksmen. It’s that era that produced another team worth remembering.

Soccer in St Louis has a history that teams have leaned on ever since. That includes their soon-to-be MLS team. The importance of that area for the amatuer, pro, and college game gives them a claim to that nebulous soccer city title that more than a few US cities would like to claim. That didn’t start with the Ben Millers winning in 1920. They had come close before. Still, winning what was then called the National Challenge Cup extended the boundaries of the sport in the United States.

The Ben Millers, a team sponsored by a hat manufacturer by that name, beat Fore River from the Boston suburb of Quincy, Massachusetts. In the era of Bethleham Steel and well-funded East Coast teams with strong corporate backing, it was a team from what was then the farthest reaches of pro sports in the country claiming a title.

It wasn’t until after World War II that professional sports extended their western borders past St Louis. That took a sizable demographic shift and the evolution of the airline industry. Professional sports in the US had been through a period of transition just prior to World War I. The Ben Millers used Handlan Park in the later rounds of the tournament. That stadium was built for a Federal League baseball team, a rival to the Major Leagues that quickly went out of business a few years earlier. Pro sports may have been on the rise in that era, but there were no guarantees.

The National Challenge Cup was a big ask. Teams outside the Northeast normally not as well funded or all that interested in extensive travel in pursuit of a trophy. It was worse for the St Louis teams, at least in theory. Mention the old St Louis Soccer League and the quickest fun fact to learn is that they played 60 minute games.

When the Ben Millers beat Fore River 2-1 on May 9 at Handlan’s Park, they sent a broader message. The dominance of the American Soccer League, itself one of several regional leagues, was well in place. With teams in and around the major Northeast markets, that was where the best players congregated for the best pay.

That left the other teams competing in the National Challenge Cup at a noticeable disadvantage. In 1920, the tournament featured 99 teams in a regional knockout format. The defending champions Bethlehem Steel were the favorites to win for a third straight time. Instead, they exited in the quarterfinals 1-0 to the New York-based Robins Dry Dock.

As for the the Ben Millers, they defeated St Louis Scullin Steel FC 2-1, before eliminating McKee Sports FC, a team from Pennsylvania, 3-2. The victory over a team from the Northeast was a prelude to what the Ben Millers would accomplish. In the quarterfinals, they beat Illinois-based Olympia FC. Packard FC out of Michigan was the next team to fall. The Ben Millers advanced to the title game 4-2 at Handlan’s Park with two goals from Rube Potee.

The Fore River Rovers, a team financed by a shipbuilding company, reached the final after eliminating Robin’s Dry Dock 2-1. The final was set. With American soccer dominated by regional leagues, the winner of the National Challenge Cup essentially was the US champion.

The game attracted lots of attention. Local interest grew and capacity was increased. Tickets cost $1.10, about $13 in today’s money adjusted for inflation. The 12,000 that filled the stands that afternoon set a new record for the most fans at a National Challenge Cup final.

Buoyed by the home support, the Ben Millers, thanks to their speed, took the lead after just 27 minutes. Harry “Hap” Marre scored with what The New York Times called “a dazzling shot.” Eight minutes before halftime, Fore River tied the score when Jack Kershaw.

Instead of running out of gas in the second-half, The Ben Millers kept the pressure on offensively. In the 62nd minute, a brilliant piece of attack started by Al McHenry with a cross by Potee. After seeing an unmarked Jimmy Dunn standing just 10 feet from goal, Potee passed him the ball. Dunn unleashed a left-footed shot that would give the Ben Millers the win and the cup. Fore River tried to mount a comeback, but the Ben Millers did a solid job defensively the rest of the way. The National Challenge Cup was just eight years old, but a new territory was now pushing for prominence. Two years later, Scullin Steel would take the title. Before the modern MLS-dominated era, St Louis teams would win the National Challenge Cup turned US Open Cup 12 times.

The idea of an East vs West divide made it into the original reporting. The New York Times coverage of the 1920 National Challenge Cup made it clear what was in play. “It was a triumph not only of the Middle West over the East, but of the American style of the association kicking game over the so-called “old country” style, for the Ben Millers, to a man, were born in St Louis and not one of the Fore River players was born in the United States or learned his football here.”

For one of many soccer countries finding their way, nothing could be more important.

The disconnects in American soccer aren’t new. It’s easy to draw a straight line from Bethlehem Steel to the Philadelphia Union when the MLS club was using that name for their USL affiliate. Fall River Marksmen looks great on a retro t-shirt. Meanwhile, teams like the Ben Millers pass into history. In their moment, winning the National Challenge Cup cemented St Louis’s soccer reputation. A decade later, two players on the US team that finished third at the 1930 World Cup, defender Frank Vaughn and striker Raphael Tracey, played for the Ben Millers.