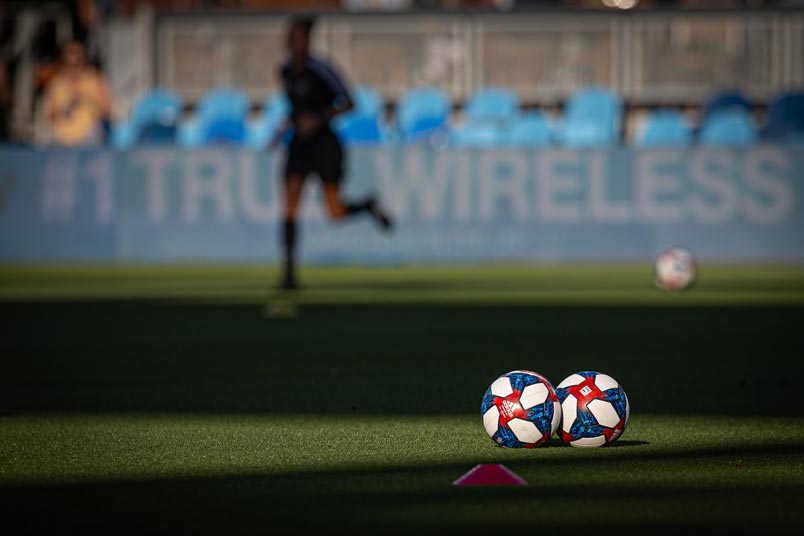 Wednesday’s soccer news starts with the November 2020 version of club vs country. FIFA altered the release rules for clubs, but that option to keep players out of international duty only applied in specific circumstances. Games that count was the biggest decider, with UEFA scheduling Euro qualifiers and Nations League games, Africa Cup of Nations qualifiers, and South America playing World Cup qualifiers. That left MLS clubs able to say no to Concacaf clubs, but not much else.

The issues in play are plan. Potential quarantines and a heightened risk of infection due to moving to and from other parts of the world.

ESPN’s Jeff Carlisle reports that some MLS clubs would be using charter flights to bring back their players and potentially avoid lengthy quarantines. The MLS playoffs begin on Friday, with some clubs pushing to get their full squads together in time.

That grew more complicated for LAFC, with coronavirus spreading through Uruguay’s national team. Local outlets reporting that Rossi has tested positive for the virus. Until official confirmation and a timeline of what that means for his healthy return to the LAFC lineup, there’s no point in speculation other than the obvious. LAFC is likely once again without its best player.

For any MLS team that sent players on international duty during this window, that’s the dread inducing scenario. How LAFC navigates it on and off the field can’t take focus off of the next game on the schedule. That’s at Seattle on Tuesday, a game that could be further impacted by the ability to get other national team players back in the lineup in time.

This is far from an MLS problem, though the playoffs exacerbate this particular situation. The Independent’s Miguel Delaney picks up on club vs country in England where the issue is the number of games and player fatigue. Premier League champions Liverpool also are facing that worst case scenario, with Mohamed Salah testing positive while on international duty with Egypt. During the last window, it was Cristiano Ronaldo with Portugual. UEFA itself has had to cancel Nations League games due to positive tests and border controls.

With FIFA announcing that the Club World Cup would happen in February, it’s compounding a basic issue. Logistics and overuse of players need to be the primary concern, not something to work around. Instead, there’s a feeling that what we’re really seeing is the same problems the game faced this time last year. It’s that push for importance for whatever a governing body decides needs to happen. That includes the silliness of attempting a regular club and cup schedule alongside pushing ahead with packing international windows with games that require significant travel. There’s no winners here, especially if you’re team common sense.

MLSsoccer’s Charles Boehm talks to Houston personnel about the Dynamo rebrand. DW looks at the situation with Germany’s national team under Joachim Low following that 6-0 loss to Spain.

Congratulations to Walker Zimmerman on being named MLS Defender of the Year! Walker was one of the great stories of our league in 2020 — joining @NashvilleSC for their inaugural season, scoring the first goal in club history, and leading an outstanding defense. pic.twitter.com/uXWvVZwHgg