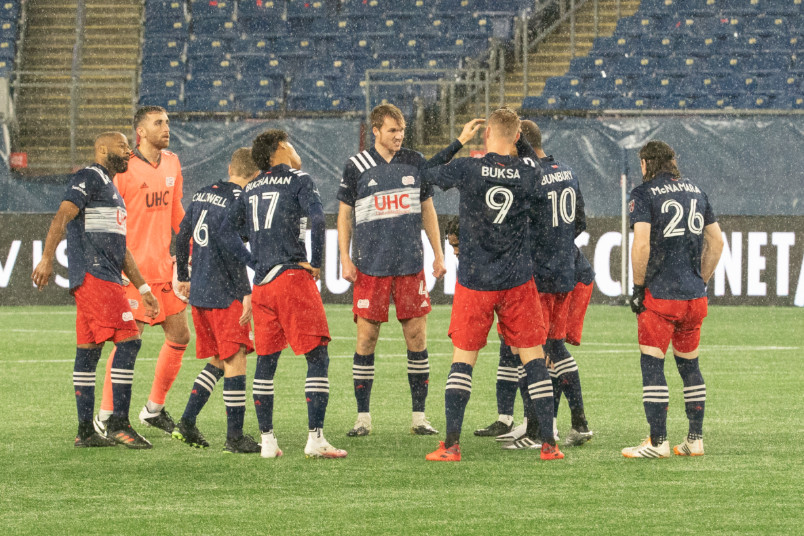 By Jason Davis – WASHINGTON, DC (Nov 20, 2020) US Soccer Players – It would be fair to say that it has been a while since a true underdog has lifted the MLS Cup trophy. Last year’s champions, the Seattle Sounders, are the model MLS franchise with two MLS Cup titles in the last four seasons. In 2018, an ascendant Atlanta United used its flashy and expensive South American talent and famous coach to win a title in just its second year. The year before that, Toronto FC leveraged its spending power to put together one of the greatest seasons in MLS history.

It’s a little difficult to contextualize because of the ever-changing MLS Cup playoff format, but if we’re trying to find the last underdog side to win a title, we might have to start with the 2016 Sounders. Despite their baseline of success, the Sounders finished fourth that season and didn’t enter the postseason as favorites to win it all.

Let’s be honest, though. Even in a year when they finish fourth, the Sounders are never anyone’s idea of an underdog. Underdogs, real ones, lurk near the bottom of the playoff qualifiers. They sometimes carry negative goal differentials from the regular season. They don’t usually have one of the league’s highest payrolls and they lose more games than they win. An underdog doesn’t have to be all of those things, but it must be at least some of them.

By that measure, the last true underdog to win an MLS Cup trophy was the Colorado Rapids in 2010. The Rapids finished seventh in the West that season. Though the club led by current Nashville head coach Gary Smith boasted a strong goal differential (+12) and a winning record (12-8-10), they lacked star power.

Even in the early years of the Designated Player rule, Colorado stood out for its sheer lack of big names. In an era when the playoffs were only three rounds, the Rapids navigated their way past Columbus, San Jose, and FC Dallas to win the title. Unfancied before the postseason began, they earned their championship.

There’s no debate about the four teams kicking off the 2020 MLS Cup playoffs on Friday night in the “play-in round” of the Eastern Conference tournament. Every one is an underdog. Two are expansion teams playing each other, the ultimate underdog scenario.

In the spirit of the underdog and with the faint hope that a true long shot can win the MLS Cup title, here’s how each of the four teams playing on Friday might wind its way to a championship in 2020. First, a caveat: These are playoff games happening in bizarre conditions. Inter Miami is missing players due to positive coronavirus tests and the league has yet to announce what that means for Friday’s game. Inter Miami in theory is no longer Inter in practice.

Why can Inter Miami win an MLS Cup? The easy answer became clear when news broke on Thursday that some of their players contracted the coronavirus on international duty. By Friday morning, that list included key playmaker Gonzalo Higuain. He’s the type of talent that can carry a team on his back with a modicum of help from other quarters. Mexican attacker Rodolfo Pizarro returned from international duty in time to make the game, a significant boost for Inter. The club also boasts several veteran MLS stars who have been through the rigors of the postseason before. One of them is former Atlanta defender Leandro Gonzalez Pirez, now also out after testing positive for the coronavirus.

Should Inter have no choice but to go ahead with the squad they have, the key could be goalkeeper Luis Robles. He is the type of shot stopper who can frustrate the Nashville attack. If Inter can get the odd goal and pull off what now looks like a sizeable upset, it means another underdog scenario. A win against Nashville would mean a match against the Union in Chester in the next round. While Miami would be significant underdogs against the Supporters Shield winners, a bit of luck and the hot hand could be enough to help the new club spring the upset.

Let’s not forget that Miami has a World Cup winner in its midfield. Every team that faces Miami will have its hands full dealing with Blaise Matuidi.

For Nashville, the chances of a championship rest with its defense. Walker Zimmerman won the Defender of the Year award this week, deserved recognition as part of the expansion team’s overall defensive prowess. The first-year club heads into the postseason with a home game against the last playoff qualifier with the confidence that they can slow Miami and advance.

“Defense wins championships” is a tired adage, but that doesn’t make it untrue. Nashville’s defense gives them a chance. So does the presence of a man who has been through the playoffs and won an MLS Cup on the strength of defending first, Gary Smith. Nashville’s boss just so happens to be the man that lead that 2010 Colorado Rapids team to an unexpected championship. Who’s to say he can’t do it again?

The matchup of the 8th and 9thth-place teams in the East pits the New England Revolution against the Montreal Impact. Getting past that match won’t be easy for either side since the two have played each other four times in 2020. “Familiar” doesn’t begin to describe it.

The case for a championship run for the Impact is the tougher one to make. Montreal’s season has been uneven, at best. The high profile departure of Saphir Taider changed the complexion of the club in the middle of the campaign. Thierry Henry’s constant tinkering makes it hard to know what to expect from the Impact in any given game. The club announced that midfielder Victor Wanyama won’t be available against the Revolution due to delays returning from international duty.

What does that leave? The talent of Bojan up top and the leadership of Henry, most notably. There’s also the possibility that the Impact’s counterattack keeps them alive. The Impact has wins in 2020 over two of the top seeds, Toronto and Columbus. That shows that this team is more than capable of springing the upsets necessary to get to the title game.

The Revolution has Bruce Arena, full stop. He’s employing dangerous attackers in Gustavo Bou and the newly healthy Carles Gil, along with a solid midfield and better-than-average defense.

Is Arena capable of leading his team to a surprise championship? A record five MLS Cup titles says he is. The Revolution has one of the league’s top goalkeepers in Matt Turner and three healthy DPs with Bou, Gil, and Adam Buksa. There’s an edge to the Revs and enough firepower in reserve to think that the playoffs could be their time to shine.

2020, like every other playoff year, has favorites and underdogs. Unlike recent seasons, however, there’s more reason to believe an underdog could make a run to a championship. It wouldn’t be the strangest thing to happen.