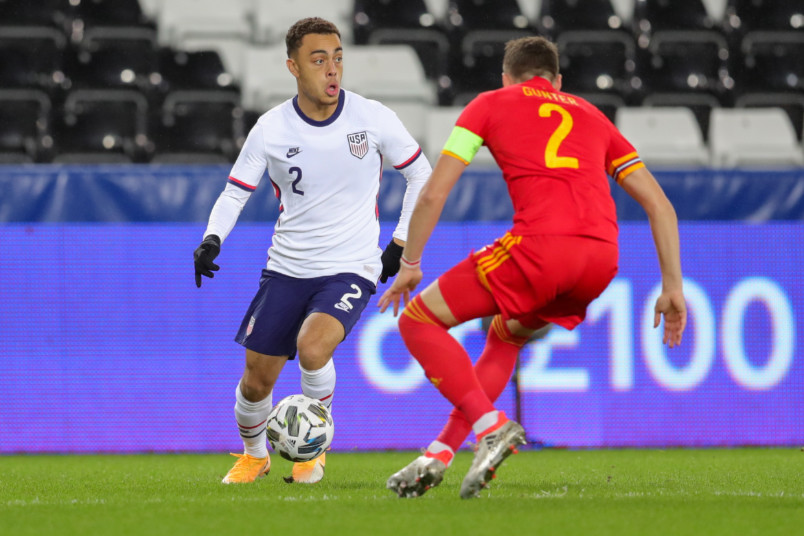 Friday’s soccer news starts with a younger version of the USMNT showing that it won’t give up goals while trying to find its rhythm against a top-20 opponent. It’s easy enough to make a scoreless draw in Swansea about what Wales didn’t do, but that requires overlooking what the USMNT did. This new-look version of the USA took the field after only a few training sessions and put ideas into play.

USMNT coach Gregg Berhalter talked prior to the game about positioning working itself out, and we saw that on the field. A lineup that looked overstacked with attacking midfielders turned into one with options. A half-step in the Wales box or a pass or two connecting and the USMNT takes control. Instead, it was a game where both teams had issues with getting that final touch. The USMNT finished with one shot on goal from seven taken to Wales’s two from four.

What that doesn’t account for is the flow of the USMNT offense getting better as the first-half progressed. This is obviously a work in progress, but the upside for letting young talented players work within a looser defined system is already in evidence.

“It was a difficult match but we anticipated that,” Wales fill-in-coach Rob Page said. “The USA attack well and could cause a threat to any team. We kept a clean sheet which was a positive and two debutants that both played really well. We have two huge games coming up now and we want to keep the momentum of the clean sheets and confidence going.”

As he points out, Wales was working through a different scenario. They have two Nations League games on their November schedule and that reputation for keeping games low scoring and close. This version of the USMNT doesn’t play like Wales’s upcoming opponents, and they showed that they can still keep their defensive-minded, limited chances game together.

What both teams should takeaway from Swansea is that their basic ideas are working. Berhalter could take the USMNT in several directions, but what he can establish in November is an energy with this group of extremely talented players. That includes debutants that add to what the USMNT was already showing this time last year. Young players will be the ones making the difference in this cycle.

ESPN’s Jeff Carlisle sees the benefits of the USMNT youth movement playing for European clubs. Yahoo Sports’ Doug McIntyre has his points from the USMNT’s draw with Wales. SI.com’s Brian Straus focuses on the USMNT midfield. The Athletic’s Paul Tenorio on the next generation of the USMNT on display. The LA Times’ Kevin Baxter with the USMNT going forward.

Tonight, a South American Bianconeri derby, whilst Brazil are in action in the early hours of tomorrow morning 🇨🇴🇺🇾🇧🇷