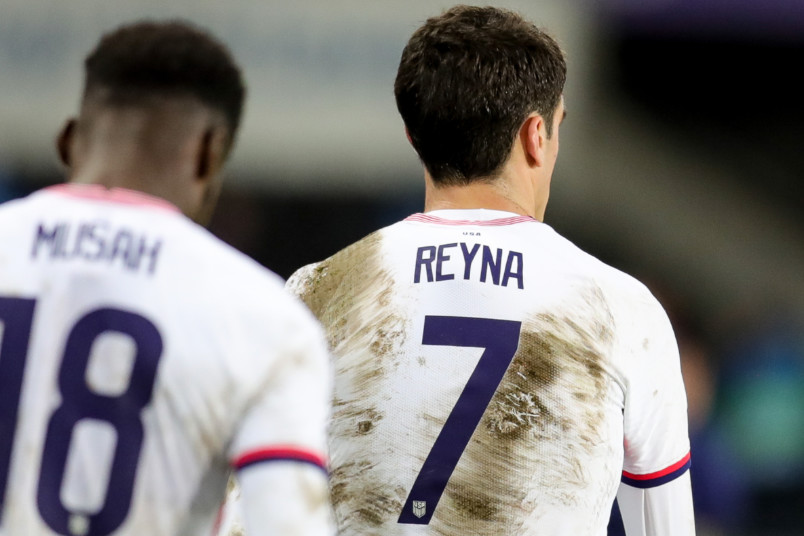 By Jason Davis – WASHINGTON, DC (Nov 18, 2020) US Soccer Players – Every international friendly, no matter the timing or teams, is inevitably about what we learn. Games with no stakes beyond a bit of pride for the sides involved are rarely that informative. A lot of time is spent in the aftermath trying to put what we saw in context for games that count.

For the USMNT during the November window, it may be easier. Simply put, games against a weak Wales eleven and a poor Panamanian side that traveled from Central America to Austria in the middle of a pandemic aren’t the best tests of where things stand with the USMNT. There was no fire to forge a group that averaged just short of 22 years of age. If there was a competitive match tomorrow, with points towards World Cup qualification on the line, it would be very difficult to know what to expect.

Still, with the pandemic raging and the United States in the midst of a generational shift, even friendlies carry added importance. A World Cup qualifying cycle meant to have started already ended up joining the list of events delayed by the global health crisis. So did multiple international windows.

The gap between national team camps because of the pandemic cuts both ways. On the one hand, it prevented the USMNT from gathering at full strength and improving through training together. On the other, it created more time for a handful of exceedingly young players to establish themselves with their clubs.

Monday’s 6-2 romp was only the beginning of the process for this generation. USMNT coach Gregg Berhalter doesn’t have much on-field time to get his first-choice lineup ready to play the games that count. There’s plenty of calendar time between now and June, but only the March full release window.

That’s all the more reason to focus on the positives with the results against Wales and Panama, regardless of how disjointed things looked at times. To a man, the message coming out of the USMNT camp was that the few training sessions the team had together made playing cohesive soccer more difficult.

Let’s throw in a healthy dose of moving parts involving positional questions and ample substitutions. That makes this international window more about quantity than quality. Getting players on the field was the only sure thing for Berhalter and his staff. That meant together for those expected to feature heavily in important games next year, or at all for a new wave of rising youngsters who might help fill the gaps in a number of 2021 USMNT versions.

Then there was Borussia Dortmund attacking midfielder Gio Reyna. His debut had to wait for a game, lasting long enough for English media to float theories that he could end up playing for England. Reyna entered the window as a 17-year-old prodigy starting for a Champions League club and exited it an 18-year-old presumed starter for the USMNT. Reyna showed against Panama why it will be difficult for Berhalter to pick a lineup without him in it when he’s healthy and available.

It wasn’t just Reyna’s goal, the first of his USMNT career from a free kick in the 18th minute against Panama. It was his vision, creativity, and despite his age, ability to hold up to the rigors of the international game. Panama utilized the type of physical tactics that the Americans can always expect against CONCACAF opponents, especially those that are overmatched in terms of talent and pedigree. What the Canaleros lacked in ability, they often made up for by harassing the Americans.

If there was a bigger takeaway than the simple act of playing together for the young Americans, it might be that. Faced with an opponent who scored early and kicked them around for a large chunk of the game, the US responded with two different flurries of goals. The first gave the Americans the lead heading into halftime. The second not only restored a two-goal lead after Panama pulled within a goal, but it also ended any dreams they had of springing the upset.

Because Josh Sargent was unable to leave Bremen due to quarantine requirements upon his proposed return, the striker position was more open than expected over the two games. Against Wales, Berhalter opted to play midfielder Sebastian Lletget in the center forward role, a strange choice that caused head-scratching in the fan base. The zero goals the Americans scored in Swansea provided plenty of reason to think that one of the two natural center forwards on the roster, Nicolas Gioacchini or Sebastian Soto, would get a chance to prove himself.

The best-of-both-worlds result from Monday was goals for each of them. Gioacchini, the 20-year-old son of Jamaican and Italian parents playing his club soccer in France’s second division, scored twice in the first-half. Sure, the first was an opportunistic putback from a shot by Ulysses Llanez and the second a headed finish two yards from goal, but in both cases, Gioacchini did what a forward is supposed to do. Find the right spot and put the ball in the net.

Gioacchini, like Reyna, fits seamlessly into a group of young players that look more like the breadth of American soccer than their predecessors. The USMNT has always been a multicultural affair, especially when the raft of dual-nationals that have represented America are included, but the group that just broke camp is by far the most striking example of that in program history.

Despite varied backgrounds, eligibility they carry to play for other nations, and the different soccer they play in their club sides, Berhalter’s group provided plenty of reason to be excited about the USMNT future.

Reyna’s arrival, forward goals, good fullback play from Sergino Dest, Antonee Robinson, and Reggie Cannon aside. None of it is more exciting than the way the US’s three-man midfield played over the two matches. It’s wasn’t a full 180 minutes together. However, between the draw against Wales and thrashing of Panama, Tyler Adams, Weston McKennie, and the intriguing Musah covered ground, broke up passing lanes, recovered the ball, and advanced up the field with the sort of dynamic, pulsating ferocity that is a hallmark of the modern game.

We might even allow ourselves the fancy the Musah enjoyed playing with McKennie and Adams so much that he’ll soon make his international decision and lock up his spot in the USMNT setup for the next decade. The 17-year-old’s social media feeds do nothing to suggest otherwise.

Whatever happens going forward, the USMNT has never had this much potential. It could have gone slightly better against Wales and Pamana in this strange COVID-19 international window. Digging too deep into the performances considering the circumstances would be to miss the point. What did we learn? It’s time to get excited.