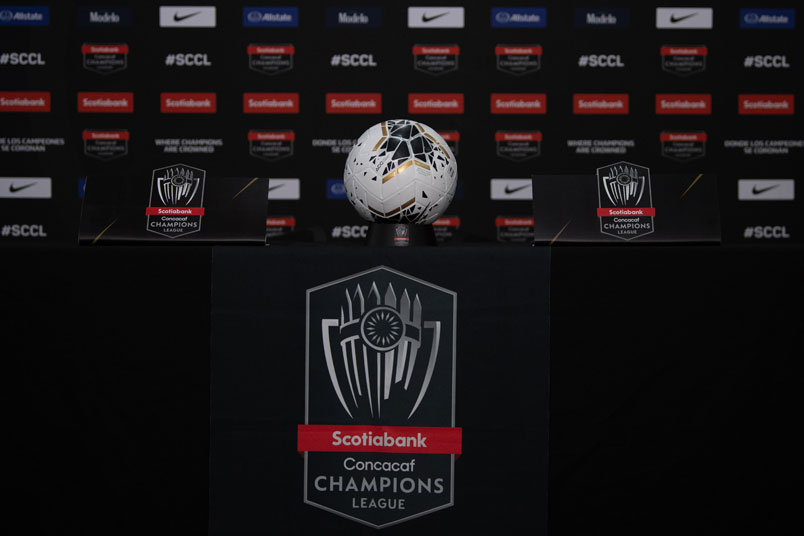 By J Hutcherson (Dec 15, 2020) US Soccer Players – It’s probably not even worth asking whether it was Concacaf or FIFA that first decided their club competitions must continue. At least publicly, Concacaf went first by announcing in early November that the Champions League would conclude in December. A month later, FIFA announced that the 2020 Club World Cup would also be going ahead in January 2021. Concacaf’s tournament will now crown a champion that gets to play for the world title a few weeks later. Of course, these are two more sports events that will require the cooperation of the coronavirus for its teams to be at their best. We already know that’s not happening with the Concacaf Champions League.

NYCFC will play on Tuesday night without its starting goalkeeper, Sean Johnson due to proximity to the club’s coronavirus positives. Those positive tests will cost them three more players as they try to come back from a 1-0 first-leg loss to Tigres on March 11. Yes, we’re pretending that there’s continuity between those quarterfinal first-legs back in March and whatever happens in Orlando this week. It’s probably worth pointing out that NYCFC’s Heber didn’t play in that opening leg and is now unavailable due to injury. He’s still the leading goalscorer in this version of the Champions League.

Even treating NYCFC as a special case, there’s looming competitive questions for both the Champions League and next month’s Club World Cup. At base is how much can a club limit risk while remaining competitive? Along with NYCFC, Atlanta, LAFC, and Montreal represent MLS in the tournament. LAFC didn’t play its opening leg against Cruz Azul, the last game involving an MLS team taken off the schedule as North American sports went into lockdown. That series now becomes a one-off on Wednesday. MLS teams trail in the other three with Montreal needing to make up a goal against Olimpia and Atlanta in the toughest position down 3-1 to Club America.

Leaving all of this in March might not have raised many complaints. If there was a loud demand from fans to complete the Champions League, it got drowned out by calls for many other things. Now, the tournament presses on in the same way much of world soccer has gotten the games in. The games count, full stop. Whether or not the clubs should be in this situation somehow turns into a separate question.

“After we eliminated Seattle, the coach told us that perhaps we should enjoy it more because maybe we were not valuing the stage that we had reached,” Olimpia midfielder Edwin Rodriguez told Concacaf’s official site. “It’s the same in domestic football. We win the Clasico and we didn’t celebrate much, but the coach sees football in a different way and he has been instilling in us to celebrate, because in football rare are the times when you celebrate. If we qualify tomorrow, it is going to be crazy for us in the locker room.”

With a trophy on the line, that’s probably the correct response. Just like over the course of the MLS restart, the games are back on the schedule. So is the spot in what could be the first international club competition since the pandemic put a stop to sports all over the world. Europe’s champion is from Germany, a country going back into lockdown as of Wednesday. All of the MLS teams could end up making the trip to Orlando for one game before making their exit. Should one of them make it through and take the trophy, they’re facing travel to Qatar.

From a competitive standpoint, it’s worth asking when a team is no longer representative. The version of LAFC preparing for that winner takes all scenario against Cruz Azul is significantly stronger than the one that exited the MLS playoffs at the earliest opportunity. Carlos Vela is back, perhaps the biggest differentiator for any of the quarterfinalists.

Easy to say before Vela does what he does in normal circumstances. This may be as close to normal as Vela has had in a while, regrouping with Diego Rossi as the best attacking tandem in Major League Soccer. That should carry over into Champions League play, with LAFC now the easiest pick for carrying the MLS banner into the semifinals.

Again, that requires focusing on the sport at the expense of the situation. Most of us have adjusted to that at this point, allowing the leagues and governing bodies to press on without much of a sustained backlash. That will continue at Exploria Stadium this week and, if all goes to plan, in Qatar in February when FIFA crowns the belated champion of the world for 2020.