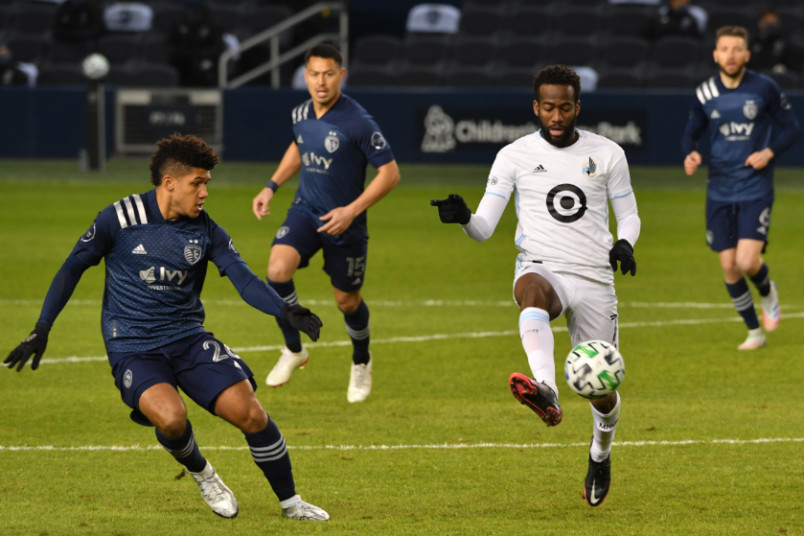 Friday’s soccer news starts with Minnesota United advancing to play Seattle in the Western Conference final. In a game available nationally on Fox, Minnesota shutout Sporting Kansas City 3-0 on the road. Kevin Molino opened the scoring in the 27th and doubled the lead in the 35th. Bakaye Dibassy made it 3-0 in the 39th with Emanuel Reynoso assisting on all three goals. Dayne St Clair made four saves to keep the clean sheet.

“Well, I did say before the game, we haven’t played very well here, but, I was convinced that we would play a lot better,” Minnesota coach Adrian Heath said. “And that’s down to the fact that we have a better team now than at any stage that we’ve come here. And I think that was borne out tonight. You know, we started okay, but, you know, we gave a couple away. A couple of really good chances. And, as I said to the players after, goals change games. Had them gone in, it might have been a different evening. But, they didn’t. But after that, I thought we were outstanding.”

Minnesota plays Seattle on the road on Monday in a game where they’re once again not the favorites. We’re already well past the point in the 2020 playoffs where that means anything. The Sounders exception aside, this is an opportunity for someone else to grab an unlikely title in a strange situation. As MLS moments go, it’s a throwback to that earlier era of uncertainty with the added bonus of the single-game knockout format.

What Minnesota has accomplished is the latest example of one team rolling over another in a game where they weren’t the favorite. As Heath and anyone watching would say, all credit to Sporting Kansas City in the early going. After that, it was United dominating the run of play while taking full advantage of their chances. It’s not exactly fair that the available broadcast window moved United’s game and gives them less recovery time. That could end up being the story for why Seattle advances in the West.

Moving to the Europa League, Timothy Weah subbed on in the 77th minute in Lille’s 2-1 home win over Sparta Prague. Up a man from the 64th and trailing from the 71st, Burak Yilmas scored for Lille in the 80th with Weah assisting. Yilmas scored again in the 84th minute. The win qualifies Lille for the knockout round. RichyLedezma was on the bench for PSV’s 1-0 win at Granada. Donyell Malen scored in the 38th minute.

Shaq Moore subbed on at halftime in Tenerife’s 2-1 loss to CD Sabadell in the Segunda Division. Tenerife gave up goals in the 1st and 19th minutes with Alex Munoz pulling a goal back in the 33rd.

All links are provided as a courtesy. US Soccer Players nor its authors are responsible for the content of third-party links or sites. For comments, questions, and concerns please contact us at