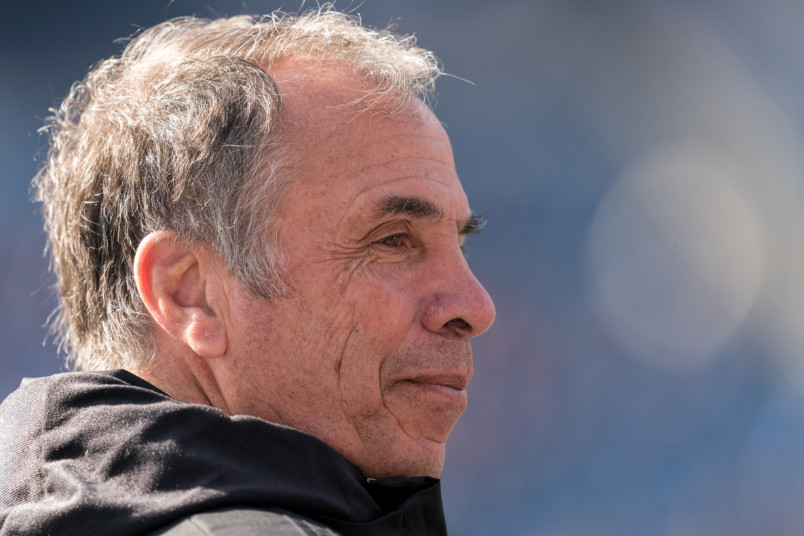 By Jason Davis – WASHINGTON, DC (Dec 2, 2020) US Soccer Players – Over its 25 years, Major League Soccer repeatedly turns to what’s new. The league itself was a new way of limiting spending on players. It’s original team names and uniforms were about what was cutting edge in the mid-1990s. Multiple rounds of expansion have pushed new teams forward. New fans, new stadiums, and new understandings of how to spend on players. With that in mind, it’s not hyperbole to say that Atlanta United and LAFC changed the face of MLS.

Both of those clubs won trophies in their second seasons. Atlanta United’s 2018 MLS Cup championship redefined what was possible for an expansion team in the modern age. LAFC’s run to the Supporters’ Shield in 2019 showed what an aggressive approach to international signings could accomplish.

It looked for a time like some of the league’s older, more conservative clubs would be left behind. The ample revenue provided by massive crowds in Atlanta and the big market clout plus the deep roster of investors in LA gave the new kids on the block a leg up on their MLS 1.0 competition.

2020 is showing that the old dogs still have a few tricks. Sunday’s conference semifinals match up a pair of original MLS clubs in the East with the Columbus Crew hosting the New England Revolution.

As the English might say, this feels like a proper MLS playoff showdown. In a league with limited history, the Crew and Revolution possess the maximum. Where everything is new come playoff time for the modern-day expansion teams, Columbus and New England have long playoff records. Oddly, despite going all the way back to the days of the 8- and 10-team MLS, that history doesn’t include playing each other. The pair have matched up in just three seasons, with one team dominating those meetings.

In seven playoff matches, the Revolution is undefeated against the Crew. Three times the Crew faced New England in the playoffs, and three times it was New England that prevailed.

Back in 2002, MLS was using three-game playoff series with a points system. Following a goalless draw in Foxborough, New England won in Columbus on a single goal by Jay Heaps in the second leg. That victory proved decisive when the two teams played to a 2-2 draw in the final game of the series in Massachusetts. On the score sheet in the finale were Brian McBride and Dante Washington for the Crew and Steve Ralston and Wolde Harris for the Revolution.

Two years later, a single goal once again decided a playoff series. With the league now using a two-game, aggregate score system, the Revolution advanced 2-1 in a conference semifinal over the Supporters’ Shield-winning Crew. Avery John’s lone goal lifted New England to a 1-0 win in Columbus in the first leg before the two teams played a 1-1 draw at Crew Stadium. Taylor Twellman scored for the Revs with Edson Buddle getting a goal for Columbus.

It would be another ten years before Columbus and New England would meet in the playoffs. In 2014, the two teams finished three points apart in the standings and looked perfectly poised for another narrow series. Instead, the Revolution took it to the Crew, crushing Columbus 7-3 on aggregate over two legs.

Lee Nguyen, a player who would leave New England only to return to the fold this season, scored two goals in the series. Charlie Davies scored a brace in the 4-2 first-leg, tone-setting victory in Columbus. Revs legend Chris Tierney also chipped in a goal.

It’s a quirk of their shared history that the Crew and Revolution have only rarely been MLS Cup contenders at the same time. While New England with Twellman, Ralston, and Shalrie Joseph went to three straight MLS Cup finals between 2005 and 2007, the Crew struggled through three seasons without a playoff appearance.

When the Crew returned to prominence and eventually claimed the 2008 MLS Cup title, the Revolution slipped back towards average. New England made the playoffs in 2008 and 2009 without making it past the quarterfinal round. Both teams then suffered a dip during the early part of this decade.

Each lost an MLS Cup final in the middle of the 2010s. The Revolution famously lost its fifth championship game in 2014 when the Galaxy lifted the cup. Columbus fell to the Timbers at MAPFRE Stadium in 2015, becoming the first team to lose an MLS Cup final at home after earning the right to host the game during the regular season.

Despite their limited competitive playoff history, Columbus and New England reaching the final four this season gives the Eastern Conference an old school vibe. It won’t be Sigi Schmid and Steve Nicol on the sideline, and neither Twellman nor Guillermo Barros Schelotto will suit up.

In a league that is often quick to forget about its history, the showdown between the Crew and Revolution gives us a chance to remember just how far MLS has come. Sunday could be the Crew’s final playoff game at the venue that started the soccer-specific stadium era. It’s “progress” any way you slice it, but it’s also somewhat bittersweet. Even the Crew, the original MLS franchise and a team that remained stuck in the past while the league changed dramatically around it, is moving forward.

The Revolution has yet to make similar moves on the stadium front, but there is progress in New England. Bruce Arena’s arrival has reinvigorated the club. The 70-year-old is proving that he’s still got what it takes to navigate the MLS Cup playoffs. The only coach in MLS history with more than two championships to his name with five, Arena has a legitimate chance to add to his total.

The newer clubs with the short histories will be back. Ambition eventually wins out, especially in a league like this. Right now, it’s the old guard playing for the Eastern Conference title.