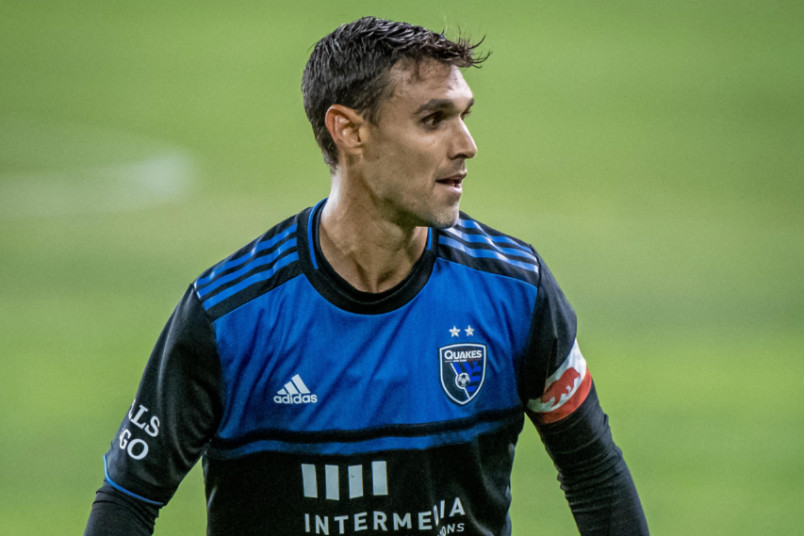 By Jason Davis – WASHINGTON, DC (Dec 16, 2020) US Soccer Players – Free agency has never been easy in professional sports. The stories of the fight for the right for an out of contract player to sign with the highest bidder were difficult in the NFL, NBA, Major League Baseball, and within European soccer. In every single one of those examples, players only gained contractual freedom after protracted legal fights or work stoppages.

Major League Soccer’s version of extremely limited free agency came through collective bargaining with the players union. After the league won an early lawsuit seeking to undo its single-entity business model, players ultimately got modified free agency in 2015. That single-entity structure maintains distinct barriers to competition for players between league clubs, making the concept antithetical to the very nature of MLS.

Investor/operators finally recognized in 2015 that denying the players some form of free agency was doing more harm to labor relations and the league’s reputation abroad than it was worth in labor cost control. The league didn’t grant the players unfettered freedom in the free agency market, but the deal struck as part of a five-year CBA represented a sea change in the way MLS operates.

The limits on who could become a free agent were, to put it mildly, draconian. Only players 28 years of age and older with at least eight years of service in the league hit the market. Even those that did qualify weren’t in the position hammer out lucrative deals with their new teams.

This being MLS, the league built in a bit of wiggle room for players who “dramatically outperformed their contract.” It would be up to the league office to determine when that exception would apply. That meant the league decided when it could go behind the raise limits to keep a player who might be in-demand internationally.

Somehow it’s almost an afterthought thanks to the trials and tribulations of 2020, but the league and players agreed to a new CBA ahead of the 2020 season. The process was surprisingly easy considering the stakes, with no real threat of a work stoppage coloring the negotiations. Included in the new CBA, one that is lately shakier than expected in light of a COVID-19 pay cut and the possibility of MLS executing its force majeure is the next evolution of the free agency process.

The age requirement has dropped to 24 and the service time requirement to five years. It’s a dramatic shift. The list of available free agents this offseason reflects the new rules. MLS still isn’t a league that turns on the free agent market like the other major American sports and probably never will be. Still, there’s some intrigue as the winter arrives.

Maybe the most famous name on the list is San Jose Earthquakes forward Chris Wondolowski. Major League Soccer’s all-time leading scorer is out-of-contract following a season that many, including Wondolowski himself, thought would be his last. His change of heart during the season means a player synonymous with the Quakes might end up playing somewhere else.

At 37 years old, it’s likely the Quakes re-sign Wondolowski rather than let him end his storied career elsewhere/ His ability to still score goals in MLS gives him some bargaining power on the (semi-)open market. It’s hard to imagine there aren’t at least a few teams looking for scoring punch off the bench.

Wondolowski could still return for another year with San Jose, pushing his total to 14. Sporting Kansas City’s Matt Besler, a 12-year veteran of the only club he’s ever played for, has already said his goodbyes.

Besler’s imminent departure for presumably another club in MLS is difficult to process. Not only has the 2012 MLS Defender of the Year been a fixture at the club since 2009, but he’s also a Kansas City-area native. Besler arrived from Notre Dame back when the club was still called the Wizards and subsequently helped turn it into an MLS power. Without his contributions at the back, Peter Vermes wouldn’t have his empire and Sporting wouldn’t be a flagship MLS franchise.

He may no longer be the lockdown defender of his younger days at 33, but Besler is still a proven talent in this league. That makes him the kind of player that would immediately make a difference with the right fit.

Then there’s Dom Dwyer, out-of-contract after four years with Orlando City and entering the market as a potential steal for the right team. 2020 was a total loss following a tendon injury to his right knee early in the year. While Dwyer sat on the sideline, Orlando discovered that young talent Daryl Dike could handle the center forward load in his place.

Dwyer’s 81 goals in MLS puts him in excellent company. Only Diego Valeri, Bradley Wright-Phillips, Kei Kamara, and Wondolowski have scored more among active players. A return-to-form following knee surgery is always a risk, but Dwyer represents good value. That’s something more than a few teams need to consider.

It’s unlikely that MLS will ever have the wild free-agent signing periods we associate with the other North American sports. There are too many options with so many soccer leagues all over the world. Major League Soccer’s begrudging acceptance of free agency and the restrictive rules in place also prevent highly sought-after talent from hitting the open market and clubs from offering lucrative contracts.

Five years ago, MLS didn’t have free agency, only allowing for limited player movement via the Re-Entry Draft. That still exists, an unnecessary reminder of how this league enforces control. Heading into 2015, the first free-agent class was a paltry list, roughly half of the number for 2020. What we’re seeing is progress, even if it remains MLS-specific.