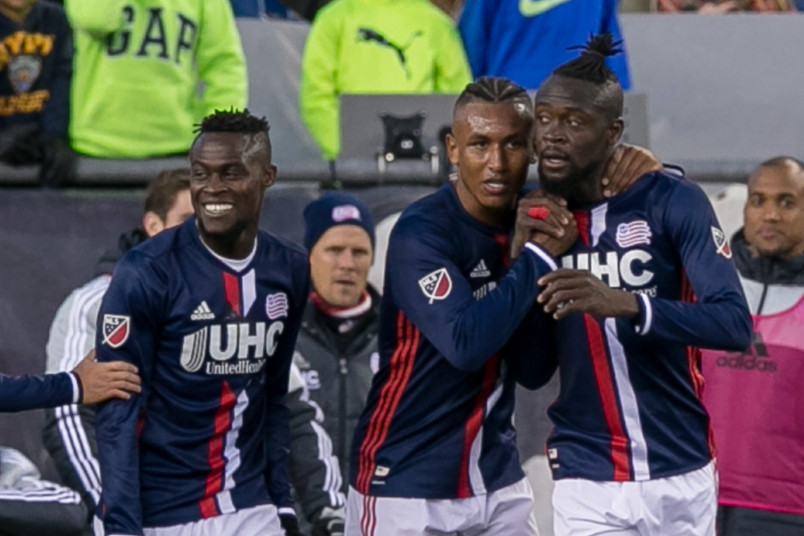 By Clemente Lisi – NEW YORK, NY (Dec 21, 2020) US Soccer Players – Soccer jerseys can be iconic or ugly, classic or colorful, and oftentimes attempts at triggering nostalgia. Aside from the built-in market of fans that will buy whatever their team is wearing, jersey sales are the real metric of what people like and what they don’t. A nice infographic explaining why this shirt is special only goes so far.

MLS fashions have changed over the league’s 25-year history. During the debut season back in 1996, mid-90s style was in full swing. It’s hard to forget the photos from that MLS kit unveiling back in October 1995 at The Palladium in New York. That unveiling revealed those first jerseys, a mix of kits made by Nike and Adidas with one each from Reebok and Puma, that spoke to that ’90s fashion sense. Baggy jerseys and bright colors dominated. Over time, kit suppliers became more subdued in what they designed for clubs. By the early 2000s, MLS became heavily influenced by the colors used by European teams, something we have also seen with the use of “FC” in team names.

Kits have certainly evolved over the past three decades, not just the colors, but the quality and style. Shorts have gotten longer, jerseys tighter, but the pride they inspire in players and fans is the same now as it was then. This past season, Adidas, which supplies uniforms for all MLS teams, brought back the shoulder stripes to honor the league’s roots. It was a nostalgic touch for all of us who remember 1996.

Since it is the holiday gift-giving season, here are my five best jerseys in MLS history over the past 25 years.

The league’s first dynasty was DC United. A look back at photos of that era reveals that in a sea of flashy jerseys, DC United played in a classic black Adidas kit. The shirt featured red trim around the sleeves and neck, three white lines across the chest, and the MasterCard logo on the shoulder sleeve and back. The image of John Harkes lifting the trophy in the driving rain after Eddie Pope’s dramatic winning goal against the Los Angeles Galaxy to win it all remains one of the most indelible images of the past 25 years.

The Sounders joined the league in 2009. The Adidas-issued jersey the team played in that season is now part of the collective American soccer imagination. The lime green tone and blue trim stood out across all sports given the over-reliance on dark colors many expansion teams often opt for. The larger crest on the left and “Xbox 360 Live” sponsorship on the front made the Sounders a favorite of gamers around the globe. The team used some variation of this jersey color and design, with the Xbox sponsorship, through to 2019.

The Revolution was heavily influenced by Paris Saint-Germain’s style and design when it unveiled their updated jersey in 2016. The team’s colors, an homage to the US flag, was meant to look like a jacket worn by soldiers during the American Revolution. That’s what Adidas told everyone in its marketing materials. The colors and design did seem like something straight out of the PSG dressing room, and that was just fine with fans. This was a clean and modern design that looked good on players even when the team wasn’t doing so well on the field.

The Impact’s primary jersey with its vertical black and blue stripes looked a lot like Italy’s Inter Milan. In fairness, the Adidas-created color scheme for the jersey is on the team crest. The team had gone to an all-blue top for its home kit for a few years before reverting to this broad stripes look. Stripes, of course, go way back in MLS, starting with the NY/NJ MetroStars. They wore red-and-black stripes at home and black-and-white ones on the road before rebranding as the Red Bulls years later.

For a team that’s only been around since 2016, Atlanta United has played in an array of Adidas kits. It’s a sign of the marketing times that teams have three jerseys, even four, as they try to sell more of them to supporters and compete in a variety of tournaments. They’ve played in strawberry-and-white jerseys, peach and white, and even gold and white. None of them were as good as the one the team used in their first season. Atlanta donned a red-and-white jersey with stripes like AC Milan, but those stripes stopped short at the shoulder. The backs, by contrast, were all red like Spain. Despite all their various kits the past four seasons, this original remains the best.