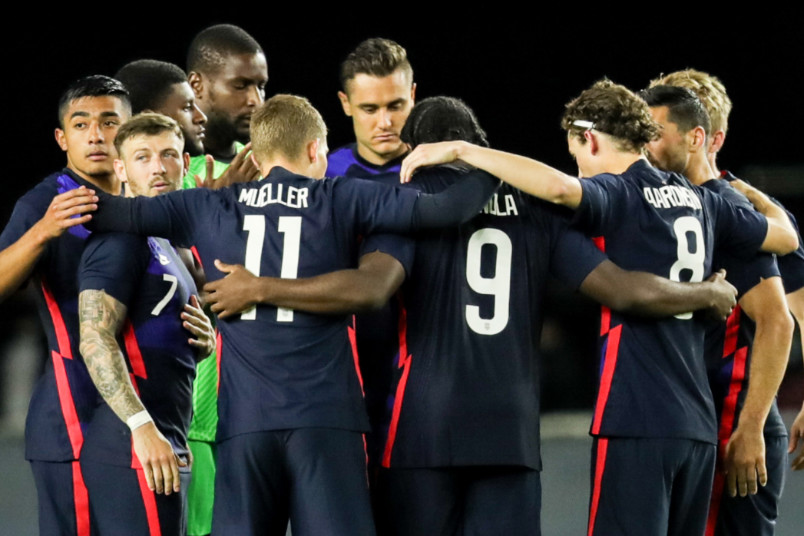 Thursday’s soccer news starts with what quickly became an easy night for the USMNT against El Salvador. 5-0 by the 27th minute tends to do that, with this version of the squad showing it can create chances and play team soccer in pursuit of goals. That’s undoubtedly good news for coach Gregg Berhalter, even when adjusting for the strength of the opponent. Figuring out how to rotate players in and out of the squad this summer has to be a priority in advance of World Cup qualifying.

Chris Mueller showed what it means to take full advantage of an opportunity. Brought in after the initial squad announcement, he made disruptive runs that quickly turned into opportunities. Two goals and two assists in his international debut at the age of 24 show how well he understood that opportunity and how to make the most of it. Though it’s normally from the January camp, we’ve seen players emerge before. The issue is always how their play works with the first choice squad, but that requires impressing the coach enough to get that chance.

What wasn’t impressive at all was El Salvador. Whether it was a lack of call-up options or an insistence on a style that isn’t fully developed, it wasn’t a strong showing from the guests. El Salvador lacked the kind of consistent pressure to disrupt what the USMNT wanted to do. That meant backfoot defending at the best of times. Tighter man marking and a better understanding of spacing would’ve limited the USMNT’s opportunities, but it was up to El Salvador to decide if playing safe made sense. The lack of goals after the opening half hour doesn’t speak to El Salvador figuring anything out.

That may be the most valuable takeaway from this game for the USMNT coaching staff. El Salvador coach Carlos de los Cabos obviously had a few ideas in mind for this game. Sticking with them shows that he has plans for the bigger picture. Right now, that’s advancing past Antigua and Barbuda, Grenada, Montserrat, and the US Virgin Islands in group A of Concacaf World Cup qualifying. With that in mind, Wednesday night’s loss in Fort Lauderdale may have value for them.

If the number of games that count on Concacaf’s schedule is working to improve the region, that requires the next tier of teams to become increasingly competitive. Using an out of window friendly to potentially work out some ideas isn’t always going to show in the final score. That’s as true for the winners as it is for the losers, underlining what friendlies now mean in the era of Nations Leagues and extended qualifying cycles.

ESPN’s Jeff Carlisle considers the USMNT’s depth chart. SI.com’s Brian Straus on what the USMNT accomplished against El Salvador. The Washington Post’s Steven Goff focuses on that need for squad rotation and options for Gregg Berhalter. Gio Reyna in The Players Tribune.

Chris Richards subbed on in the 69th minute for Bayern Munich in their 2-0 home win over Lokomotiv Moscow to finish group A seven points ahead of 2nd-place Atletico Madrid. Niklas Sule put Bayern up in the 63rd with Eric-Maxim Choupo Moting doubling the lead in the 80th. The Jesse Marsch coached Red Bull Salzburg lost 2-0 at home to Atletico Madrid. Salzburg finishes 3rd in group A, dropping to the Europa League. In the Championship, Duane Holmes subbed out at halftime in Derby County’s 0-0 draw at Brentford.

Official! Meet the 25 players who have had the greatest influence on the first 25 years of MLS, as voted by players, media & staff.

Swipe for the full group ↔️