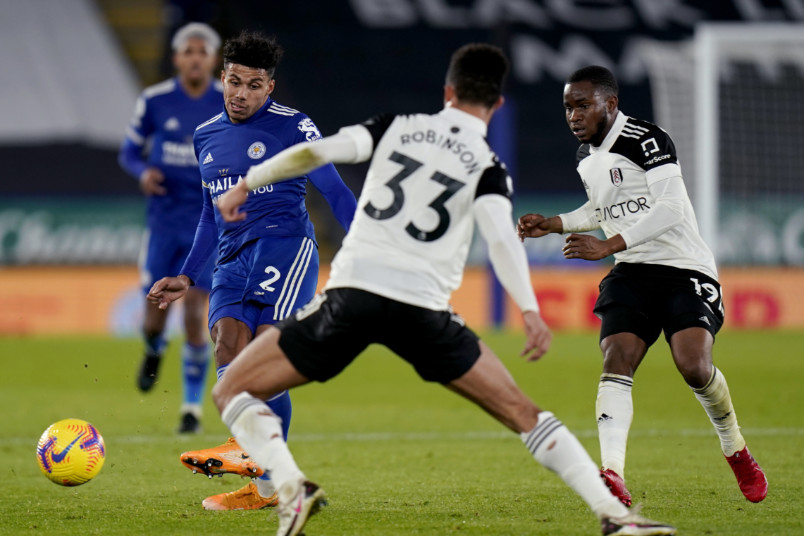 Tuesday’s soccer news starts with USMNT players in action in Europe. Antonee Robinson started and Tim Ream was on the bench for Fulham’s 2-1 win at Leicester City in the Premier League. Ademola Lookman scored for Fulham in the 30th minute with Ivan Cavaleiro doubling the lead from the penalty spot in the 38th. Leicester scored in the 86th.

“I’m pleased with the team. We’re in a world where it’s win or lose for all of us, and at the end of the day that’s the big picture. Our performances over the last six or seven games have been pretty good, but you maybe lose sight of that sometimes, so there was relief and a real pride in the team.”

Fulham is in 17th-place on 7 points after 10 games, a point above the relegation zone. The last time they lost a league game by more than a goal was a 3-0 home loss to Aston Villa on September 28. The win against Leicester City gives them six points from their last four games, beating West Brom at home on November 2 before a 1-0 loss at West Ham and a 3-2 loss to Everton.

Eric Lichaj’s Fatih Karagumruk drew 0-0 at Kayserisport in the Super Lig. In the 2.Bundesliga, Alfredo Morales subbed on in the 74th minute of Fortuna Dusseldorf’s 5-0 loss at VfL Bochum. Fortuna went a man down with a red card to Kristoffer Peterson in the 5th minute. Bochum converted the penalty, adding foals in the 58th, 72nd, 74th, and stoppage time.

“If you play a man down after five minutes against such a strong team, it will of course be difficult,” Fortuna Dusseldorf coach Uwe Rosler said. “In the first-half the team was brave, well structured and didn’t allow much. With the second goal conceded, the game then tilts completely in the direction of Bochum in the second-half. In such a situation in particular, conceding a cheap second goal shouldn’t happen…. The fact that we then give up three more goals is not acceptable.”

Sebastian Soto scored in Telstar’s 2-1 win at Yong FC Utrecht in the Eerste Divisie. Trailing from the 6th minute, Soto equalized in the 21st. Yong FC Utrecht went down a man in the 46th with Soto seeing red in the 60th minute. Glynor Plet scored for Telstar in the 85th. In Sweden, Aron Johannsson wasn’t in the squad for Hammarby’s 1-0 home loss to IFK Norrkoping.

Toronto FC announced that Greg Vanney is no longer the coach of the club. “I want to thank Mr. Tanenbaum, the board of directors and MLSE for their unwavering support for the past seven years,” Vanney said in a press statement. “I recognize that I have been extremely fortunate to work for one of the best ownership groups in all of sports. I also want to thank Bill and Ali for their support and leadership and most importantly the relationships we’ve developed over the years. Thank you to all of the TFC staff and players for the incredible experiences we’ve shared together during this journey. I’m forever grateful to each of you. Lastly, to the TFC Fans. You’re truly amazing and the memories and emotions from our biggest nights together will be cherished.”