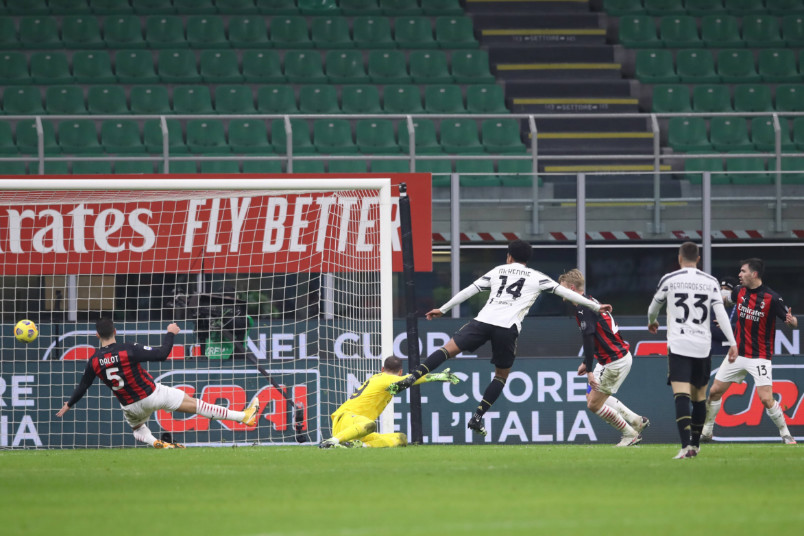 Thursday’s soccer news starts with Weston McKennie’s goal for Juventus in their 3-1 win at AC Milan. Federico Chiesa put Juventus up in the 18th minute with Milan equalizing in the 41st. Chiesa scored again in the 62nd. McKennie subbed on in the 64th and finished off the Juve goals in the 76th minute.

“It was a key game for us and we were focused on what we needed to do, regardless of the other results,” Juventus coach Andrea Pirlo said. “It was important to have the spirit of a team that wants to dictate the play and can come to this stadium to beat the league leaders.”

Zack Steffen picked up the shutout in Manchester City’s 2-0 win at Manchester United to advance to the League Cup final. John Stones scored in the 50th minute and Fernadinho doubled the lead in the 83rd. Steffen made two saves to keep the clean sheet.

“We are playing better,” Manchester City manager Pep Guardiola said. “We have found more passes, finding each other, all the players together after the game. When someone defends, they congratulate each other. It’s a group of guys, who are impressive, four times in a row in the final. Incredibly good to be back at Wembley to play the final.”

Sergino Dest subbed out in the 75th minute of Barcelona’s 3-2 win at Athletic. Trailing from the 3rd minute, Pedri equalized for Barcelona in the 14th. Lionel Messi scored in the 38th and 62nd with Athletic pulling a goal back in the 90th minute. Konrad de la Fuente was on the bench for Barcelona.

Timothy Weah subbed on in the 61st minute of Lille’s 2-1 home loss to Angers. Trailing from goals in the 5th and 10th minutes, Burak Yilmaz scored for Lille in the 42nd. Shaq Moore wasn’t in the squad for Tenerife’s 2-0 win at Castellon in the second round of the Copa del Rey. Valentin Vada scored in the 4th minute and Carlos Ruiz made it 2-0 in the 45th. Tyler Boyd wasn’t in the squad for Besiktas’s 6-0 home win over Rizespor. Cyle Larin scored four goals in the shutout.

Also in the soccer news, Inter Miami announced it has “parted ways” with coach Diego Alonso after one season in charge. “On behalf of the organization, I want to thank Diego for his hard work and dedication during our inaugural season and wish him the best in his future endeavors,” Inter Miami managing owner Jorge Mas said in a press statement. “This was a difficult year and a very tough decision for everyone, but we believe it is the right step for the Club. We have great expectations for Inter Miami in the short and long term.”

USMNT player Mark McKenzie completed a transfer from the Philadelphia Union to KRC Genk in Belgium’s Pro League. The Union receives “a multi-million-dollar transfer fee, as well as additional performance-based bonuses” and touted the move as an MLS record fee for a center back.

“Before working towards my goal of playing in Europe I remember sitting in the stands watching my home team, the Union, and hoped that one day I’d get the chance to play for my city in front of my family, friends, and fans. I am so thankful to have been given the chance to do so,” McKenzie said in a press statement. “I wouldn’t have gotten to where I am and have this opportunity to further my career without my coaches, my family, and the Philadelphia Union fans. I am so appreciative to everyone who has dedicated their time, knowledge, love and put their faith in me.”

Congratulations, Luis, on an incredible career!

Best of luck in your retirement. pic.twitter.com/OX6SWrUIe3