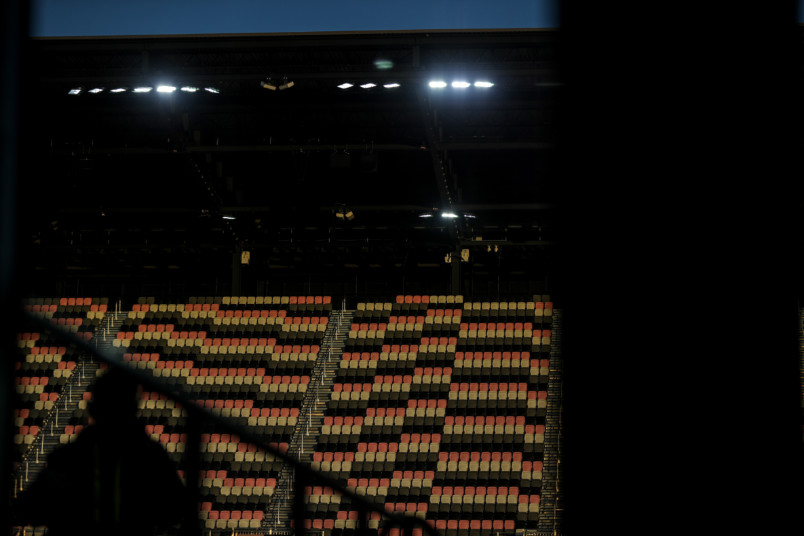 By Jason Davis – WASHINGTON, DC (Jan 8, 2021) US Soccer Players – Whatever else we can say about Inter Miami, the brand new MLS club isn’t boring. Considering the market the team represents, maybe that’s exactly as it should be. Let’s review the last month for Inter Miami.

Following Inter’s ouster from the playoffs at the hands of fellow expansion club Nashville SC in November, the postmortem on year one began. Though the club did manage to sneak into the expanded MLS Cup playoff as the 10th place team in the Eastern Conference, no one seemed satisfied with the first-year returns.

2020 played out under unique circumstances that stressed even the most established clubs in MLS. Inter Miami could hardly expect to thrive considering the situation. It’s hard to know if any of the decision-makers in Miami adjusted their expectations. It didn’t seem that way when sporting director Paul McDonough left Inter on December 9 in what the club termed McDonough “stepping down” but looked more to be an ouster of the club’s first general manager. Reports have him already back with Atlanta for obvious reasons.

McDonough brought immediate know-how and credibility to the club when he joined in August of 2018, having previously worked to build Atlanta United’s first roster. His departure was just the first sign that Inter Miami had no interest in waiting around to see if his work would bring second-year success.

Almost immediately after McDonough left, reports emerged that Inter Miami had fired manager Diego Alonso. They hadn’t, at least not yet. A meeting between club leadership and Alonso went so poorly that the coach believed he had lost his job after a 7-13-3 season and a 0-3 run at MLS is Back. He shared the news with others in the club, who then served as sources for a story that The Athletic retracted when Inter Miami denied that it fired the coach. The confusion didn’t speak well of Miami’s offseason plan.

With their head coach in limbo and a roster shakeup underway, Inter and MLS, who legally owns all of the marks for the club, took another hit when the US Patent and Trade Office moved forward with a challenge to the Miami club’s name on the part of Italian giant Inter Milan. That legal process has a long way to go, but the headache is one Inter Miami and the League could do without. It’s at least possible that the club could end up having to alter its name.

The new year delivered rumors from England that David Beckham, the erstwhile founder of Inter Miami who spent most of the club’s first season cheerleading from afar via social media, was recruiting his former Manchester United and England teammate Phil Neville for the head coaching position in Miami. Seeing how Inter still had Alonso in place as head coach, the Neville rumors seemed oddly timed. Considering the events of December, however, no one believed that Alonso was likely to make it to a second season on the sidelines in South Florida.

Sure enough, Inter Miami “parted ways” with Alonso on Thursday. Inter issued “thank you” posts on social media despite recent events undermining the notion that Alonso wanted out. Or rather, that he wanted out before last month’s drama and the “miscommunication” that robbed him of any legitimacy going forward.

Whether Neville will get the job in the coming days is not yet clear, but it does look like Beckham intends to step up his role at the club in 2021. The buzz around Inter is that Beckham wasn’t happy watching his MLS project struggle in its first year. That steeled his resolve to be more involved in year two.

Even if we give Beckham the benefit of the doubt around the pandemic and the impact it had on his ability to travel back and forth between England and Florida, it’s strange that he’s only now decided to take charge. Doing so means Inter is hitting the reset button only a year into the project. That raises some interesting questions the team now has to answer off and on the field.

Beckham and the club as a whole are somewhere between the ambition the market demands from them and the reality of starting a new soccer club from scratch during a pandemic. The success of Atlanta United and LAFC as expansion teams on the field skews some of the expectations around first-year clubs. In a place like Miami, winning immediately is the bar even though the norm for debut teams is something decidedly less glamorous.

Maybe Beckham and company would be cleaning house and making changes due to a 10th-place finish regardless of where their expansion mates Nashville SC finished in 2020. The strong season from the Music City side paints Inter in an even worse light.

Nashville not only outdid Inter with its 7th-place finish, they knocked them out of the playoffs. Inter got shown up by a team in a smaller market with a smaller budget. That’s the kind of thing that sparks rash overreaction in clubs without clear plans for the future and lacking in defined roles for those in charge.

If Miami is a serious soccer operation, run by clear-eyed individuals with defined ideas on what it will take to build a champion, hitting reset now just means pretending the first season never happened. Because of the pandemic and the lack of in-person attendance for the club most of the season, that shouldn’t be too hard a sell in South Florida. If it’s anything else, trouble looms.

We should have some indication of which of those conditions hold at Miami before the start of the 2021 season. If Neville gets the job in Miami, it’s a strong indication that Beckham is fully in charge and that the club’s on-field record is a reflection of his leadership. Beckham’s old friend has a marginal record as a coach and carries with him a reputation for being difficult, but that may be in part to the pressure cooker that is English soccer across the board. That’s not the situation for year two in Fort Lauderdale.

Even if it’s not Neville, Inter Miami enters 2021 with even more questions than it faced going into its debut season. The problem with hitting reset after one year is that progress made and lessons learned in that first campaign are all but set aside. There’s some value in a clean slate, but it’s not easy to fill it up with something better.