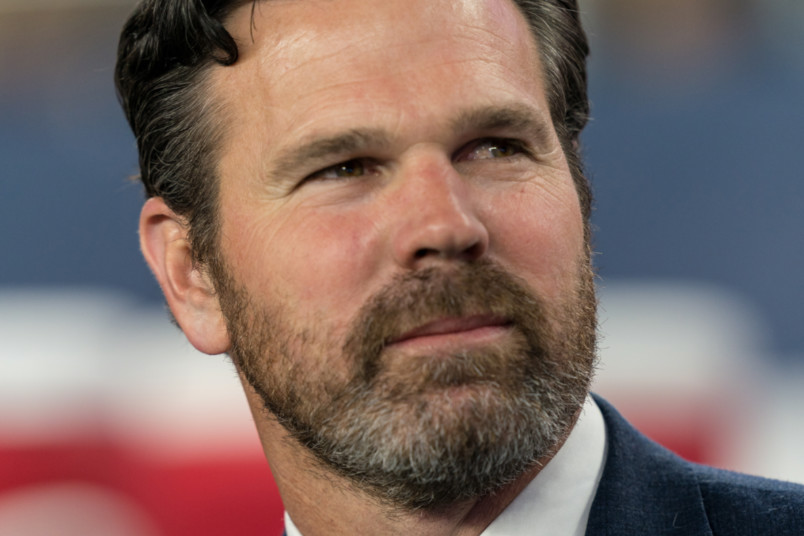 By Charles Boehm – WASHINGTON, DC (Jan 7, 2021) US Soccer Players – Are the LA Galaxy still members of the MLS elite? This once would have been a ludicrous question given their league-leading five MLS Cup titles, well-heeled ownership in AEG, and glitzy identity to match their Southern California setting. Lately, however, a good deal of the Galaxy shine has rubbed off.

The club that won three championships in four years from 2011-14 has failed to finish higher than 6th-place in the overall league standings since then. It’s churned through five head coaches over the past five seasons. Dogged by a litany of questionable decisions and the rise of wealthy, glamorous crosstown rivals LAFC, the Galaxy staggered into not only a barren run of results but an identity crisis.

So they’re basically starting over again this winter. Whether it was good fortune or good timing, they managed to snare a rare candidate to succeed fired head coach Guillermo Barros Schelotto, one with both a Galaxy past and experience of ably leading a comparable “big club” in MLS.

Greg Vanney was unveiled as LA’s new coach this week, marking a homecoming for the former Galaxy and USMNT defender. It drops him right back into another pressure-cooker environment a matter of weeks after he brought his seven-year stint at Toronto FC to a close. That was the rare example of a coach leaving a big job on their own terms.

That’s what Bruce Arena did when he left the Galaxy for the USMNT four years ago. The club has struggled to find a winning formula ever since, even after the arrival of the respected Dennis te Kloese as general manager and Schelotto, a hot commodity after his stint in charge of Boca Juniors. Now LA believes Vanney is the one to rebuild the organization’s soccer operations just as Arena did in the aftermath of the disastrous Ruud Gullit experiment in 2008.

“For me it’s obviously a club that is used to being on top in the past and has built a legacy that has defined our league in many ways, and has set the standard in the league for what quality is like,” Vanney told reporters on Wednesday. “For me the build is getting back to there. How can the LA Galaxy be a standard bearer for our league and push the level of all things?”

This is music to the ears of a franchise with a quarter-century of tradition and the self-regard that tends to come with it.

“The longer we had conversations with Greg, the love for our club became apparent. And he thinks of it the same way I do, the same way our ownership does and the same way our fans do,” said Galaxy president Chris Klein. “That became something that kind of set him apart.”

“Our legacy means nothing to our future if we don’t show up and work every single day and try to build up. We can’t just talk about the five championships that we won,” he cautioned, perhaps hinting at the importance of patience on the part of those above him on the totem pole. “It’s about what we do today to prepare for the game on the weekend to try to get a result, and then build off of a season and so forth. So that takes humility, it takes foresight, it takes some planning and direction and it takes buy-in.”

As clubs with fewer resources and less cachet than LA would quickly point out, Vanney will have certain luxuries as he goes about his task. Mexico internationals Javier “Chicharito” Hernandez and Jonathan dos Santos are still on the roster, as are the likes of Sebastian Lletget and Sacha Kljestan along with young talents Julian Araujo and Efra Alvarez.

Perhaps more importantly in the long run, there’s the academy. A chronically underutilized weapon, it sits in the midst of the country’s largest and densest talent pool. It’s accompanied by a USL second team and ample other forms of infrastructure. Vanney is without a doubt a “long run” type of leader.

“When I look at an opportunity and a club, I don’t just think about the first team. I think the entire project has to fit together,” he said this week. “Our development side and working with Dennis and all the people on that side, and supporting what they’re doing on the development side in the first team, is an important part of this project, and making sure that we create pathways for the great young players that we have coming through.”

Cultivating homegrowns. Signing the right DPs. Manipulating MLS’s complex roster and salary regulations. Nurturing a healthy locker-room culture. All are important facets of competitiveness in this league’s current incarnation that pundits and fans spend many thousands of words on. Yet one of the biggest lessons of modern MLS is that as important as each of those facets can be, the most consistent contenders are good at all of them.

That has to be where Vanney’s Toronto resume became overwhelmingly appealing to Klein, te Kloese, and company. The Reds were a punchline when he was promoted from academy director and assistant GM to become Ryan Nelsen’s replacement in 2014. Vanney was a key player in the rehabilitation of TFC, leveraging its wealth and market size to craft a destination club for players and bagging several trophies along the way.

“Seeing from the outside the work that he’s done not only on the field but off the field in Toronto speaks for itself and is very much highly regarded by anybody in the soccer world,” said te Kloese. “He knows the culture in MLS, he knows the culture in the Galaxy. I think he has a very clear idea on how he wants to do things, how he wants to go about his business. He’s very methodical, very detailed in his assessment … he’s always been very open to play younger players and really develop players alongside being a winning and competing team. Those combinations are sometimes difficult for coaches.”

With a storied past at odds with a treacherous present, the Galaxy job presents all sorts of difficult combinations. It might just be the most perilous coaching post in the league at this point. At least the new guy knows exactly what he’s signed on for.