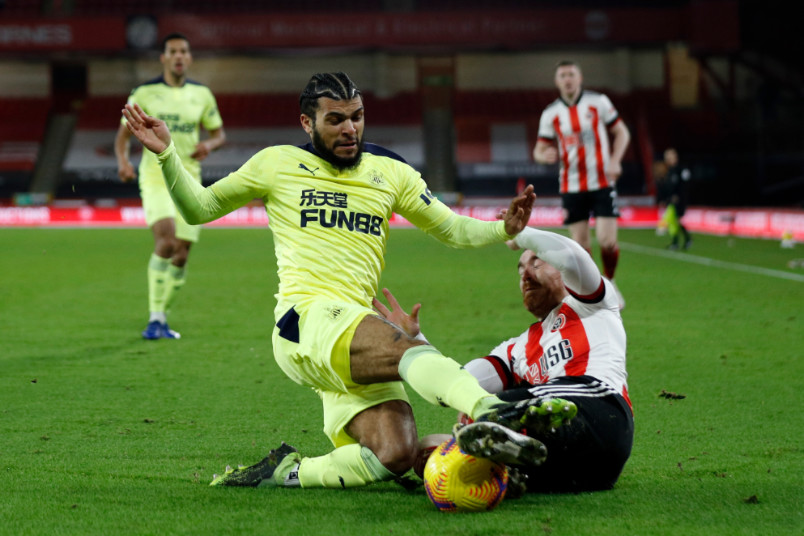 Wednesday’s soccer news starts with USMNT players in the Premier League. DeAndre Yedlin subbed out in the 84th minute of Newcastle’s 1-0 loss at Sheffield United. Newcastle’s Ryan Fraser saw red in the 45th with Sheffield United converting a penalty in the 73rd minute. Newcastle is in 15th-place with 19 points from 17 games.

“I’ll never ever walk away from a challenge,” Newcastle manager Steve Bruce said immediately addressing speculation over his job. “I’ve been in it long enough to have that respect, but I understand especially watching the first half. We weren’t good enough and I take the responsibility for that, because I picked the team…. I think we’ve had, apart from the last month which we knew would be difficult with the run of fixtures we’ve had, we’ve given ourselves a decent start to the season.”

Owen Otasowie wasn’t in the squad for Wolverhampton’s 2-1 home loss to Everton. Trailing from the 6th minute, Ruben Neves equalized for Wolves in the 14th. Everton went ahead for good in the 77th. Wolverhampton is in 14th-place with 22 points from 18 games, tied with 13th-place Crystal Palace who has a game in hand.

“It’s details,” Wolverhampton coach Nuno Espirito Santo said. “It’s happening to us and we have to improve. Set pieces, focus, because it was a good game, but small details and it got away. The first-half I think we played a good game. Second-half both teams organized, not too many chances. It was a small detail where we should do better because it’s only a matter of focus, concentration, aggressiveness in the box that we didn’t have, and it cost us the game.”

Geoff Cameron’s QPR shutout Luton Town 2-0 on the road. Charlie Austin scored in the 39th minute with Macauley Bonne doubling the lead in the 89th. Cameron Carter-Vickers was on the bench for Bournemouth’s 1-1 home draw with Millwall. Dominic Solanke put Bournemouth up in first-half stoppage time with Millwall equalizing in the 79th minute.

Lynden Gooch subbed out in the 72nd minute of Sunderland’s 2-0 home win over Port Vale in the third round of the EFL Trophy. Aiden O’Brien scored in the 21st and Aiden McGeady converted a penalty seven minutes into stoppage time. In the Eredivisie, Luca de la Torre’s Heracles shutout Emmen 4-0 at home. Sinan Bakis scored in the 26th, 44th, and 64th minutes with Rai Vloet finishing off the goals in the 87th.

Timmy Chandlersubbed on in the 79th minute of Eintracht’s 4-1 loss at Bayer Leverkusen in the second round of the DFB Pokal. Amin Younes scored for Eintracht in the 6th minute. Bayer equalized from the penalty spot in the 27th, adding goals in the 49th, 67th, and 87th minutes. Eintracht played a man up from the 73rd minute. In the 3.Liga, Chris Richards’s Bayern II beat SV Meppen 2-0 at home. Nicolas-Gerrit Kuhn scored in the 68th with Christopher Scott doubling the lead in the 74th minute.