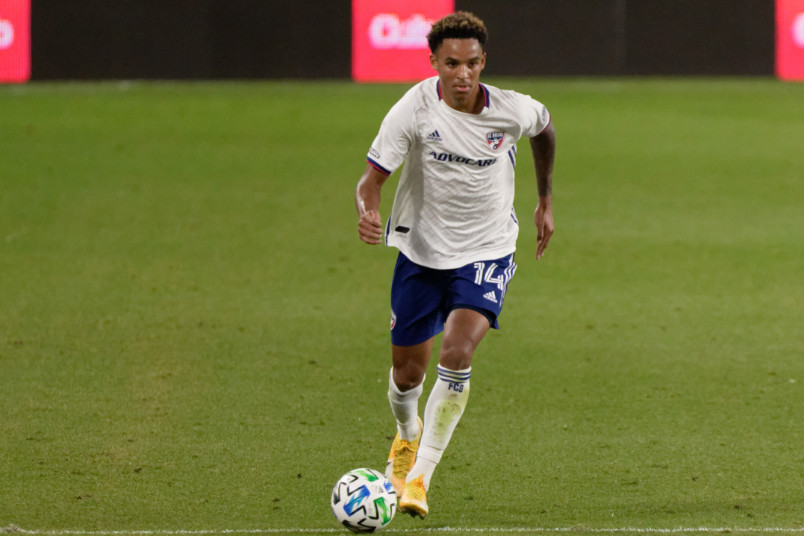 By Clemente Lisi – NEW YORK, NY (Jan 11, 2021) US Soccer Players – The new year brings with it the wheeling and dealing of the January transfer market. That allows European clubs, many in need of reinforcements, to add or drop players to their rosters before embarking on the last half of the season. MLS, in the middle of their off season, should feel at least some impact from what takes place over the next few weeks.

Officially, the MLS transfer window opens on February 10 and runs through May 4. That doesn’t mean that teams can’t sign players before then and that more Americans could end up in Europe. Foreign stars, meanwhile, could again make their way across this side of the Atlantic this winter.

All of the talk about this window came to an official start with the kind of rumor that couldn’t help but involve MLS. That’s Lionel Messi potentially leaving Barcelona, prompting speculation that he could opt to end his career in America and specifically with Inter Miami. We know that German international Mesut Ozil, currently at Arsenal, is open to an MLS move, a deal that could involve Inter Miami but has also drawn interest from the LA Galaxy and DC United.

The transfer season – both the summer and winter versions – are fertile ground for rumors and speculation. MLS, however, isn’t beholden to the availability of players based in Europe. MLS teams have learned over the years that the player pipeline extends to South America and Mexico.

January is also the month for the MLS SuperDraft, although it has been difficult to scout college players given how the pandemic has disrupted the NCAA soccer season. The three-round draft with expansion side FC Austin picking first happens virtually on January 21 on MLSSoccer.com and on the league’s YouTube channel. This isn’t a new move. MLS did away with the live event last season prior to the pandemic.

With so many potential moves this winter, here are three things to watch for over the next month.

The relationship MLS teams has established with teams in countries like Argentina and Brazil over the past decade has allowed them to sign budding talents that could someday end up in Europe. In the meantime, MLS, thanks to Targeted Allocation Money and a need for Designated Players, has been able to grab players before European sides can swoop in. A case in point is Claudio Bravo. The Portland Timbers recently signed the left back after making a deal with Argentine club Banfield. Bravo, who has played for Argentina’s Under-23 squad, will bolster coach Giovanni Savarese’s back line.

The other place MLS can draw talent from is Mexico. Cruz Azul midfielder Orbelin Pineda, who has also represented his country at the senior level, could be coming to MLS. Several unnamed teams, according to Marca, are bidding for his services. Pineda played for Chivas Guadalajara that won the 2018 Concacaf Champions League, downing Toronto FC on penalties in the final.

Some MLS players, however, could go to Europe this winter or by the summer. On the heels of Winston McKennie’s success at Juventus in recent months, FC Dallas defender Bryan Reynolds could end up at the Serie A giant. Juventus isn’t the only European suitor for Reynolds. Fellow Serie A side Roma and Club Brugge of Belgium are also interested in the 19-year-old right back.

The Philadelphia Union, meanwhile, made it official last week when they announced the transfer of Homegrown center back Mark McKenzie to Belgium’s KRC Genk. The deal includes a multi-million-dollar transfer fee, an exact amount was not made public, along with an additional performance-based bonus. The Union, in turn, will retain a percentage of any future transfer fees involving McKenzie.

There was a time when MLS players going on loan deals to European clubs was the norm. These days, it’s a practice that feels like a throwback to an earlier era. Instead, veteran players are on the market are eager to open their next chapter in their careers and that very often happens at a fellow MLS club.

Kevin Molino is the best example of this so far this offseason. Could the Minnesota United striker have gotten a loan deal to play in Europe? It’s not out of the realm of possibility. Instead, he signed with the defending champions Columbus and will add even more flair to their explosive attack. Expect even more dealing between MLS teams in the coming weeks as coaches look to bolster their rosters ahead of the start to a new season.