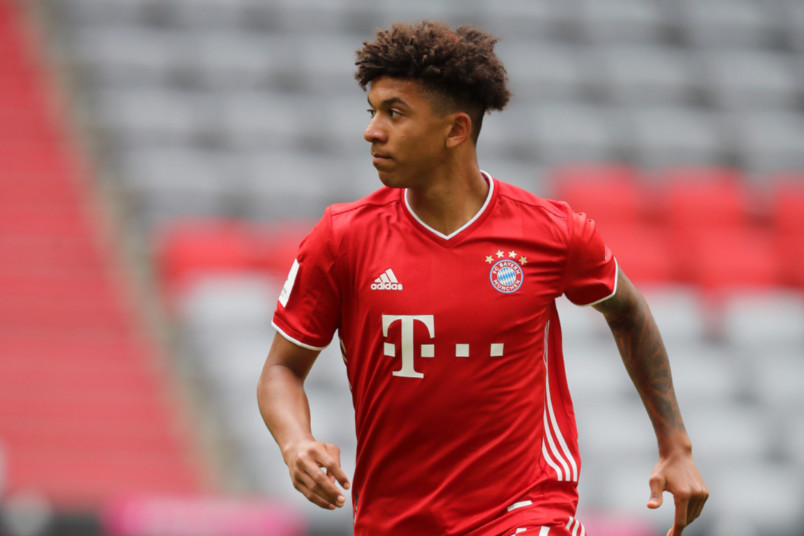 By Jason Davis – WASHINGTON, DC (Jan 6, 2021) US Soccer Players – We’ve lost many things during the pandemic. Nights out, large family gatherings, eating restaurant food inside. For kids across the country, that list included going to school. Even those kids who are getting in-person instruction in some measure have seen other parts of the school experience sacrificed because of the virus.

Far from the most important, unless you’re a sixth-grader who enjoys a good bagged lunch, is the field trip. The field trip is non-existent in the time of COVID-19, preventing kids across the country from visiting museums, monuments, historic places, planetariums, and so on. The lockdown isn’t keeping FC Dallas from running its semi-annual field trip to one of the biggest soccer clubs in the world, German giant Bayern Munich.

Calling it a “field trip” is a bit reductive. We are talking about professional soccer players after all. Still, the name does capture the spirit of the club’s trip to Germany with a handful of its most promising young products. This month six FC Dallas players, Edwin Cerrillo, Justin Che, Thomas Roberts, Dante Sealy, Brandon Servania, and Ricardo Pepi, will join Bayern Munich for two weeks of training.

Several of them have made the trip before. The excursion is part of FC Dallas’s partnership with the reigning German and European champion that began in February of 2018. It’s become the most fruitful partnership any MLS club has formed with a European outfit that has no connection to it through shared ownership.

The most famous fruit of the two clubs’ three-year association is Chris Richards. Richards joined the FC Dallas academy out of Birmingham, Alabama in the summer of 2017 and quickly rose through the ranks. After signing an MLS Homegrown contract in April of 2018, the club loaned him to Bayern Munich. His time with the German club’s reserve team impressed enough that Bayern negotiated his transfer in January of 2019. Richards is now establishing himself as a first-team player for Bayern and has appeared in both Bundesliga and Champions League games this season.

Richards’s move might have happened without the partnership between FC Dallas and Bayern Munich. However, it’s unlikely he could have made the jump before ever playing a professional game without that direct exposure. Bayern had an “in” with FC Dallas. It brought them an immensely talented player from a club with a reputation for developing budding stars. Whether any of the six FC Dallas players headed to Germany for two weeks of training end up signing with Bayern Munich or not, the partnership is now worth more than ever to the club.

Reggie Cannon’s recent move to Portugal and the potential transfer of 19-year-old Bryan Reynolds speak to the developmental machine that Dallas has built within the MLS structure. The commitment of the club to not only providing the best environment possible for players. It’s giving them playing time early in their careers that remains the Texas team’s chief calling card.

Other MLS academies are pumping out their own collections of talent and may form their own partnerships. For the time being, the connection between FC Dallas and Bayern Munich remains the marquee relationship of its kind.

In a league that often feints in the direction of high-profile relationships but rarely manages to make them meaningful, the example set by FC Dallas is no small feat. The connection goes beyond the public-facing on-field initiatives, with FC Dallas executives and staff getting their own “field trips” to Bayern’s headquarters in recent years. Unlike so many pairings of MLS clubs with foreign outfits in the past, both FC Dallas and Bayern Munich seem committed to gleaning benefits from theirs.

As the market for US-developed players expands, Bayern will be in a prime position to take advantage. The club’s reputation and resources should make it a factor in the bidding for any young player it might want to scoop us, as evidenced by the signing of Alphonso Davies from Vancouver in 2018. Latching onto one of the top academies in MLS gives it an edge not just in Dallas but across the very connected Major League Soccer ecosphere.

For Dallas’s part, working with Bayern to get players exposure to its training environment and occasionally selling a player to the Bundesliga giant gives it something to sell the best young talent in Texas and beyond. Make no mistake, player development in the United States is a recruiting game, especially in an environment where players can sometimes skip the MLS step and jump directly to Europe.

Weston McKennie is the most famous example of a player FC Dallas developed but who did not sign with the club and for whom FC Dallas received no compensation. Part of McKennie’s calculus involved the MLS approach to playing young players and the league’s then-unwillingness to sell its best and brightest in early career windows.

Since McKennie left, a few things have changed. MLS is now collecting training compensation for players who leave the academies for foreign clubs, even if those players do not sign MLS contracts. The league has also shifted its thinking on selling young players, recognizing the benefit on both a financial and reputational front.

FC Dallas can sell young players on the dream of playing on the big stage of Europe, connecting to one of the most successful clubs on the continent. As long as the club’s investment in its academy remains significant, FC Dallas should continue to churn out talent that will get attention from abroad.

What the Bayern partnership does for FC Dallas’s ability to compete in MLS is a little less clear. The club has always been a little off-center when it comes to priorities. Rather than focus on winning to the exclusion of everything else, FC Dallas puts more effort than most into being a “good citizen” in the growing American soccer culture. It’s not that the club doesn’t want to win championships. It’s just that it doesn’t always put that goal first when deciding on how to spend money or whether to sell a player.

Some fans are bound to be frustrated by that. This is sports, after all, and fans want championships. Winning trophies is the point.

For those fans that can make peace with the club’s approach, however, FC Dallas’s relationship with Bayern Munich should be a point of pride. A massive club that could choose any club in the world to bless with its attention chose FC Dallas. Until such a day when MLS is on a level footing with the Bundesliga, that means something.