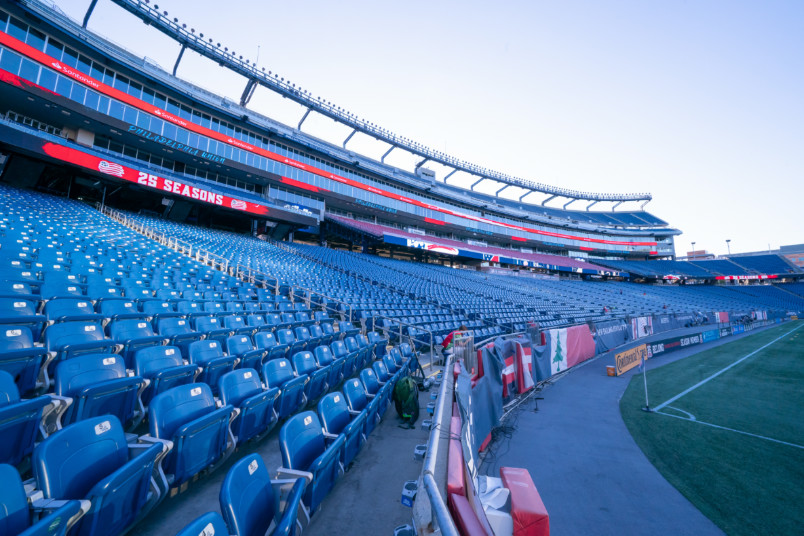 By Charles Boehm – WASHINGTON, DC (Feb 18, 2021) US Soccer Players – College soccer is finally getting underway from coast to coast this month. Many of the schools and conferences that pushed back their usual fall seasons to spring due to the COVID-19 pandemic are kicking off the truncated schedule that will lead up to the NCAA tournament in April and May. At least, that was the plan.

This week there were 16 Division I games postponed or canceled, some due to extreme winter weather, others to coronavirus outbreaks or exposure risks in or around teams. In some cases, games have moved indoors to escape the cold and snow. The climate-controlled training fields used by football teams became improvised homes for their soccer counterparts.

Like the lingering ripples from a stone splashing into a body of water, the pandemic continues to wreak havoc on all levels of soccer. That’s happening here and around the world with effects both direct and indirect. MLS’s struggles to protect its players and staff from the virus during last season are well known. UEFA relocated several Champions League and Europa League games this week due to COVID rates and restrictions across Europe.

Now imagine asking college soccer programs with a fraction of the resources available to professional clubs to pull off that feat, and with young people aged 18 to 22, no less. It’s left everyone holding their breath from day to day, hoping that one slip-up or stroke of bad luck doesn’t knock an entire team off track. One coach went so far as to fashion that task into a new trophy of sorts for his players to hunt.

“We cannot win the College Cup this year if we can’t find a way to win the COVID cup,” University of Maryland men’s soccer coach Sasho Cirovski told reporters at the end of January. “In other words, how can we show the discipline and the determination so that we can do what we want to do every day, which is play?”

We’ve learned that personal responsibility can undoubtedly limit COVID’s rate of spread. The evidence we have so far suggests games pose little threat of virus transmission between the participants. It’s the travel and mingling and everything around it that poses the most danger. With a year’s worth of lockdowns and other limitations behind us, there’s a compelling case that the journey back to normal activities is a healthy and necessary mission that has to start somewhere.

Even the smartest and most careful choices can’t fully remove risk. Programs that compete in far-flung conferences requiring air travel to matches face different risks than those able to make road trips in buses. Dangerous new variants are spreading across the globe with frightening speed. The rollout of vaccines has been frustratingly uneven and, at times, inefficient. MLS commissioner Don Garber has stated that he sees no circumstance under which the league would require players to receive those shots.

So what are the chances of completing anything that approaches a thorough and fair college season? It’s anyone’s guess at the moment.

“I do think it’s not too unrealistic to trust players, for the most part, to adhere to guidelines,” said Travis Clark, who has covered youth and college soccer for TopDrawerSoccer.com for many years. “But given the nature of shared space of colleges, a disease that is likely not viewed as something as serious for 18- through 22-year-olds, all it takes is one player to slip up and then it can snowball quickly.”

This year’s abbreviated schedule means that college teams are generally spending less money because of fewer games and less travel, which probably helps defray the additional costs of COVID testing and mitigation. That also reduces the sample size to compare and rank teams. In turn, it complicates tournament selections and chips away at competitive balance.

Clark says it’s too soon to tell whether the NCAA tournament itself could be in danger. The events of the next few weeks could be a crucial barometer.

“If things are like this in a month when everyone is a full go, then it becomes more clear. Some conferences are playing just six games, so it’s already a much smaller sample of games to draw from,” he noted. “You could make the argument that the more conference-centric focus, while it makes sense, also means that it’s more difficult to gauge how the best programs from different conferences line up against each other.”

That’s another example that anyone who still turns to sports seeking an escape from the United States’ real-world problems is likely not to find it. The nation’s subpar response to the first year of this crisis affects everything. It well may continue to do so for months.

Even the fact that several of the country’s top youth leagues have tried to resume something close to a normal schedule is troublesome, in many ways driven by economic factors as much as sporting ones. Most states and municipalities have failed to set up the advanced contact tracing needed to spot soccer-related outbreaks. We’re mostly flying blind due to the lack of information and accountability. Soccer presses on, however imperfect the situation.

“As coaches we all want control. And there’s no control over this,” University of Connecticut men’s soccer coach Ray Reid told USSoccerPlayers.com this week. “You’ve just got to hope your kids make smart choices, stay out of group settings and wear masks, social distance. We test a couple times a week. And we have our fingers crossed that the results come back right and we keep practicing.”