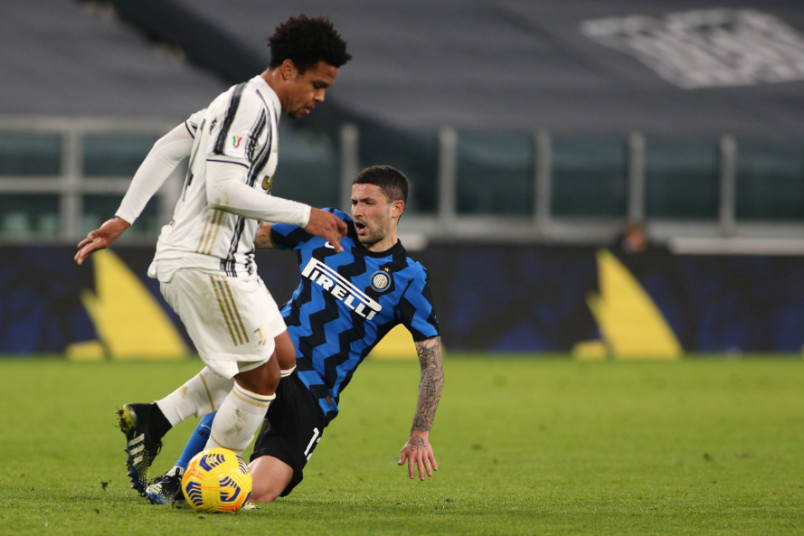 Wednesday’s soccer news starts with Weston McKennie’s Juventus advancing to the 2020-21 Coppa Italia final. McKennie subbed on in the 63rd minute of the 0-0 home draw with Inter Milan, advancing 2-1 on aggregate. The final of the Coppa Italia isn’t until May 19. Juventus will play the winner of the Napoli vs Atalanta series that finishes later today.

“I hoped to get to this stage of my debut campaign and be in the last 16 of the Champions League, have won the Super Cup and reached the final of the Coppa Italia, but we haven’t done anything yet so we have to keep working away and stay focused,” Juventus coach Andrea Pirlo said. “I’m lucky to have four excellent center backs and they’re all doing well. We played well today because Inter hardly had any shots on goal…. We defend in a 4-4-2 but mix it up when we’re building moves depending on the opponents.”

In Serie B, Andrija Novakovich scored in Frosinone’s 1-1 draw at Ascoli. Playing down a man after a red card to Marco Capuano in the 53rd minute, Novakovich put Frosinone up in the 60th. Ascoli equalized from the penalty spot five minutes into stoppage time. They went down a man shortly after the goal.

Cameron Carter-Vickers’s Bournemouth advanced in the FA Cup with a 2-0 win at Burnley. Sam Surridge scored in the 21st with Junior Stanislas converting a penalty in the 88th minute. The draw for the quarterfinals is on Thursday. Matthew Olosunde subbed out in the 70th minute of Rotherham’s 2-1 loss at Cardiff City in the Championship. Trailing from the 42nd minute, Matt Crooks equalized for Rotherham in the 61st. Cardiff went up for good in the 85th.

“The lads’ endeavour was nearly enough to get us a draw,” Rotheram United manager Paul Warne said. “I was disappointed with their second goal because up to then I could just see a Rotherham win. It was a runner as he hit the ball, he hit it sweet and their lad’s gambled. We were caught napping and it wasn’t offside. It was the best goal of the game but it’s never nice to lose it.”

Lynden Gooch subbed on in the 58th minute of Sunderland’s 2-1 loss at Shrewsbury Town in League One. Aiden O’Brien put Sunderland up in the 21st minute. Shrewsbury Town equalized in the 52nd and scored in the 67th. Reggie Cannon was on the bench for Boavista’s 1-0 home loss to Nacional de Madeira in the Primeira Liga. Boavista gave up an own-goal in the 42nd and played a man down from the 73rd minute.

Also in the soccer news, Brandon Servania will play for St Polten in the Austrian Bundesliga on what FC Dallas is calling a “short-term loan.” Servania was already in Europe as one of the FC Dallas players training with Bayern Munich. Servania has one appearance for the USMNT in last year’s January camp friendly against Costa Rica.