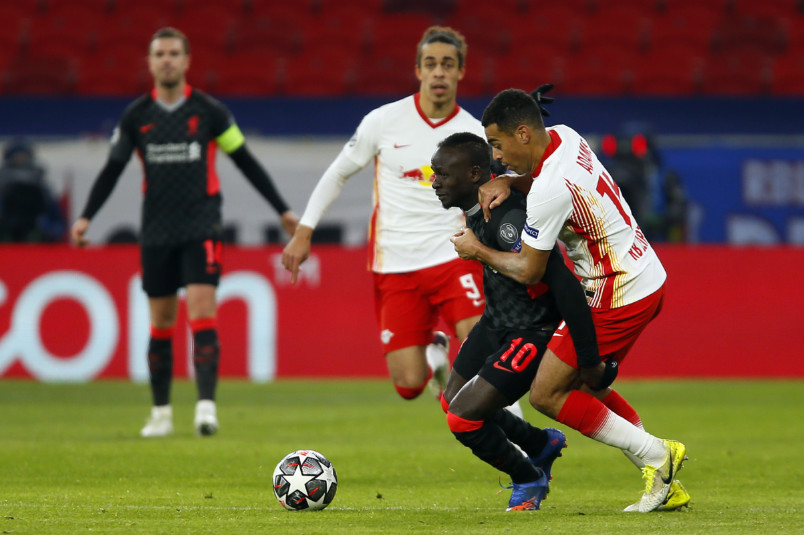 Wednesday’s soccer news starts with tough first-leg results for USMNT players in the Champions League round of 16. Tyler Adams’s RB Leipzig lost 2-0 at home to Liverpool with the game played in Budapest due to coronavirus restrictions in Leipzig. Mohamed Salah scored for Liverpool in the 53rd minute with Sadio Mane doubling the lead in the 58th. RB Leipzig finished with two shots on goal to Liverpool’s three.

“We weren’t two goals worse than Liverpool,” RB Leipzig coach Julian Naglesmann said. “But we’ll have to make up for those two goals in the second leg to get at least to extra time. We’ll take it as 0-0 again and we want to try and take one or two chances. We can’t afford to make any more mistakes. We’ve earned the respect of Liverpool today. Their two goals were nothing outstanding. We brought them on ourselves.”

Sergino Dest’s Barcelona lost 4-1 at home to PSG. Barcelona led from a 27th minute Lionel Messi penalty. PSG’s Kylian Mbappe scored in the 32nd, 65th, and 85th with Moise Kean adding a goal in the 70th. Konrad de la Fuente wasn’t in the squad for Barcelona.

“This isn’t the image we want to present,” Barcelona forward Antoine Griezmann said. “It’s now a case of lifting ourselves, working until the last second of the tie and seeing what happens. This was a bad performance.”

In England’s Championship, Duane Holmes subbed out in the 56th minute of Huddersfield Town’s 2-1 loss at Middlesbrough. Isaac Mbenza put Huddersfield up in the 9th minute. Boro equalized in the 31st and converted a 45th minute penalty. Huddersfield went up a man in the 81st minute.

Also in the soccer news, MLS announced that the primary transfer window will open on March 10 and run through June 1. The secondary window opens on July 7 and closes on August 5. The overlap with the European summer window allows MLS clubs to complete transfers and register players coming into the league. MLS clubs can make moves within the league throughout both windows.

Borussia Dortmund announced that current Gladbach coach Marco Rose would become its new coach for the 2021-22 season. The club’s press statement noted the decision to make the announcement now with Dortmund playing in the Champions League. “The focus for BVB is on the current season and reaching sporting goals in the Bundesliga, the UEFA Champions League, and DFB Cup. With respect towards all parties involved, Borussia Dortmund after today will not comment on expectations regarding the sporting future under the leadership of Marco Rose until the season 2020/2021 has been completed.”