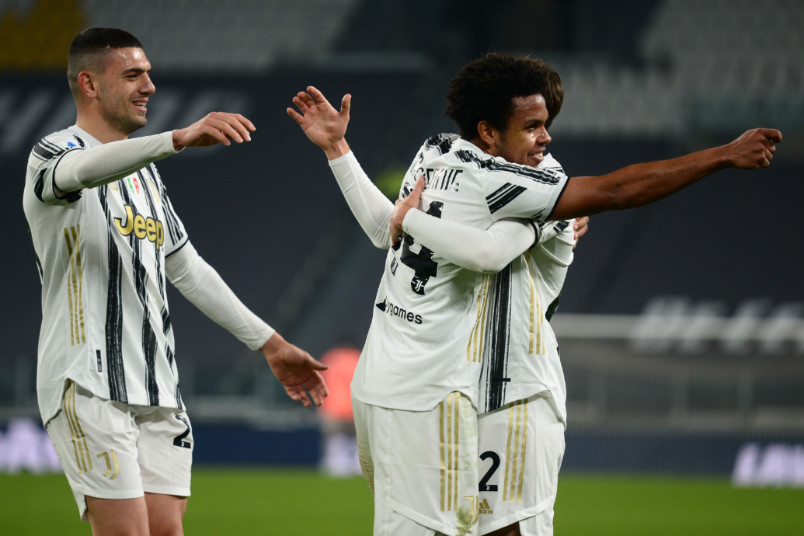 Tuesday’s soccer news starts with another goal for Weston McKennie in Juventus’s 3-0 home shutout of Crotone. Cristiano Ronaldo scored in the 38th and first-half stoppage time with McKennie adding a goal in the 66th minute. The result has Juventus in 3rd-place on 45 points from 22 games played, four points behind 2nd-place Milan, and eight back of leaders Inter. All of the rest of the league except for 7th-place Napoli have played 23 games.

“We made a nervous start, possibly because of recent matches, but our two goals calmed us down and we were then able to manage the game well,” Juventus coach Andrea Pirlo said. “It certainly wasn’t our best start: our passing was sloppy, partly due to rushing and partly due to our desire to score an early goal. In any case, it was important to get the three points this evening. We must try to improve our movement.”

Juventus has three Serie A games before trying to turnaround their Champions League series at home against Porto on March 9. Trailing 2-1, that game was always going to loom on the schedule but it can’t overshadow the major issue for Juventus this season. They’re a team with a tendency to drop points against what seem like overmatched opponents.

It’s not the losses, it’s the draws early on still weighing them down. One of those came at Crotone in October, part of a three-game run of draws that included dropping points at home to Hellas Verona. Add in November draws at Lazio and at Benevento alongside the more explainable point at home to Atalanta in December. Juventus was undefeated until the last game before the holiday break, but the draws kept them from locking down the top of the table.

Since that December 22 home loss to Fiorentina, Juventus has put together two three-game win streaks before losing again. It’s not exactly in-depth analysis to point out that two streaks of taking nine out of a dozen points leave too much for the teams ahead of them. Inter Milan isn’t winning every game. This isn’t a Liverpool last season or Manchester City this season scenario. There would appear to be time and games for Juventus to involve itself in a title race. It’s the start/stop approach that is turning that into a countdown on when Juventus is officially out of contention.

Though the Champions League exit overshadowed another Serie A title, the end of last season still looms. Juventus won four games in a row following the restart but turned a substantial lead into holding onto the title by a point. They ended the season losing three out of four games, two of those to clubs finishing in 13th and 14th-place.

What that means for the Pirlo version of Juventus is already clear. It’s Juventus, with all of their advantages, giving up too much too often in another season of strange circumstances.

Continuing with the soccer scores, Ethan Horvath was on the bench for Club Brugge’s 3-0 home win over Oud-Heverlee Leuven in Belgium’s Pro League. Ignace van der Brempt opened the scoring in the 8th minute with Ruud Vormer doubling the lead from the penalty spot in the 39th. Clinton Mata finished off the goals three minutes into stoppage time.

Julian Green tested positive for the coronavirus, missing Furth’s 2-1 home win over Holstein Kiel in the 2.Bundesliga. Trailing from the 4th minute, Havard Nielsen equalized for Furth in the 27th. An own-goal put them up for good in the 83rd minute.

Weston McKennie scored for Juventus … and made sure to do his iconic Harry Potter celly 😂 pic.twitter.com/wl0lUPeaPl