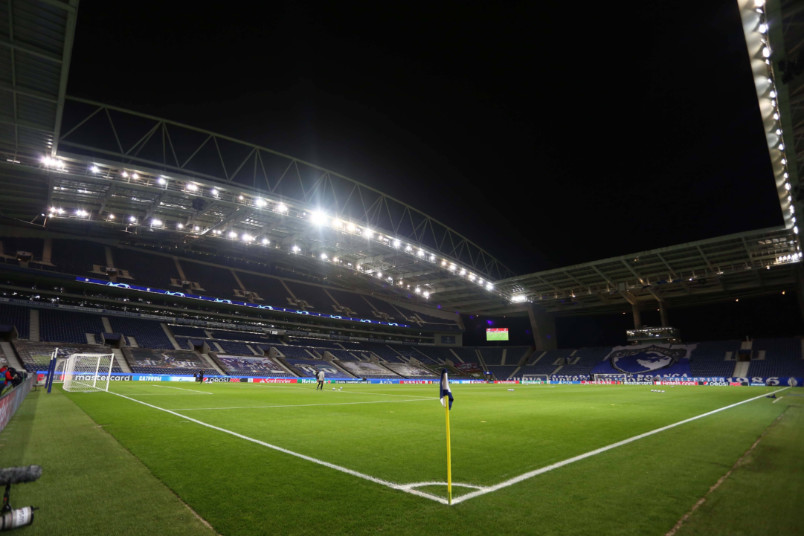 Thursday’s soccer news stays in the Champions League, this time with mixed results for USMNT players. Weston McKennie subbed out in the 63rd minute of Juventus’s 2-1 loss at Porto. Mehdi Taremi put Porto up in the 2nd minute with Moussa Marega doubling the lead in the 46th. Federico Chiesa pulled a goal back for Juve in the 82nd.

“Our approach changed after a minute because when you concede a goal like that so early on, it knocks your confidence,” Juventus coach Andrea Pirlo said. The players let their heads drop and Porto were able to play the game that they wanted to play, shutting up shop and playing on the counter. Fortunately, we managed to get back into the tie ahead of the second leg through Chiesa’s goal. We shouldn’t have played like that and it’s a shame. We could’ve done better. We had prepared for a different match.”

Gio Reyna was on the bench for Borussia Dortmund’s 3-2 win at Sevilla. Trailing from Suso’s 7th minute goal, Mahmoud Dahoud equalized for Dortmund in the 19th. Erling Haaland put Dortmund ahead, scoring in the 27th and 43rd. Luuk de Jong pulled a goal back for Sevilla in the 84th minute.

“The early goal aside, the first half went exactly the way we’d planned it,” Borussia Dortmund coach Marco Reus said. “We were very compact and played a bit deeper than we usually do. We won the ball back well and went forward at speed. Then we took the lead and even made it 3-1. The first half was very good; the second half was not quite as good because we were then too passive. We had too few spells of possession and played with too little depth, because we were losing possession of the ball too quickly. Then it became more and more difficult, but we’re very, very happy that we’ve won here and were able to make a statement. The match today was a good step.”

Moving to the Premier League, Antonee Robinson subbed on in the 78th minute and Tim Ream was on the bench for Fulham’s 1-1 draw at Burnley. Ola Aina scored for Fulham in the 49th with Burnley equalizing in the 52nd minute. Zack Steffen was on the bench for Manchester City’s 3-1 win at Everton. Phil Foden scored for City in the 32nd with Everton equalizing in the 37th. Riyad Mahrez put City up for good in the 63rd with Bernardo Silva scoring in the 77th.

Geoff Cameron’s QPR beat Brentford 2-1 at home in the Championship. Trailing from the 30th minute, Sam Field equalized for QPR in the 72nd. Charlie Austin put them up for good in the 76th minute. Cameron saw yellow in the 84th. Cameron Carter Vickers’s Bournemouth drew 0-0 at home with Matthew Olosunde’s Rotherham United. Olusunde subbed out in the 79th minute.

Jordan Morris subbed on in the 67th and Paul Arriola in the 83rd for Swansea’s 1-0 home win over Nottingham Forest. Conor Roberts scored in the 87th minute. Daryl Dike subbed on in the 55th minute of Barnsley’s 2-1 home win over Blackburn Rovers. Carlton Morris put Barnsley up in the 72nd minute with Alex Mowatt doubling the lead in 90th. Blackburn’s goal came four minutes into stoppage time. Lynden Gooch subbed out in the 83rd minute of Sunderland’s 1-1 home draw with Lincoln City in the EFL Trophy semifinals. Sunderland advanced 5-3 on penalties. Trailing from the 64th minute, Charlie Wyke equalized for Sunderland in the 75th.

Mark McKenzie’s Racing Genk lost 3-1 at Oostende in the Pro League. Paul Onuachu converted a Genk penalty in the 10th minute. Oostende equalized and went ahead through penalties in the 22nd and 26th minutes. They scored again in the 58th. McKenzie saw yellow in stoppage time.

Ulysses Llanez isn’t available for Heerenveen, missing the club’s 4-3 win home win over Feyenoord in the KNVB Beker quarterfinals. Rami Kaib put Heerenveen up in the 15th minute. Feyenoord equalized in the 47th and went ahead from goals in the 57th and 61st. Heerenveen went a man up in the 66th minute, closing the gap with Benjamin Nygren scoring in the 81st and an own-goal equalizer in the 86th. Siem de Jong scored Heerenveen’s winner in the 88th minute.

SI.com’s Jonathan Wilson with what a first-leg lead means for Borussia Dortmund. The Independent’s Karl Matchett on what one game says about Dortmund. Reuters’ Simon Evans has Europe’s domestic leagues telling UEFA what they think of Champions League expansion. Marca tells the story about Kylian Mbappe almost joining Barcelona.