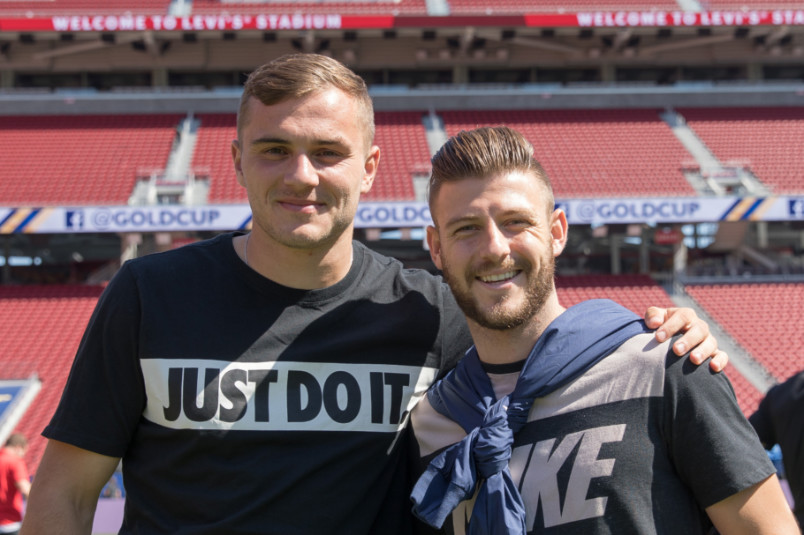 By Jason Davis – WASHINGTON, DC (Feb 3, 2021) US Soccer Players – Tracking soccer developments in these unprecedented times is an exercise in moderated surprise. How can we think anything that happens now is all that remarkable? Of course, soccer is going to be subject to the winds of pandemic-inspired change.

Those winds picked up dramatically in an easterly direction at the end of Europe’s midseason transfer window. A breeze that started in the summer with a handful of moves for Americans to clubs on the other side of the Atlantic turned into a gale of activity in the final hours of January. Let’s run through some of the last-minute moves, just to add a bit of context to a discussion about what they might mean for the future of Major League Soccer.

Orlando City striker Daryl Dike headed to Barnsley on a loan the Lions called “short-term” in a press release.

LAFC attacker Brian Rodriguez moved to Spain for a loan stint with Almeria of that country’s second division.

“We actually had a bidding war among several Champions League teams, which is a new dynamic,” FC Dallas CEO and chairman Clark Hunt said about the Reynolds transfer. “I think that says a lot about where our academy is, but it also speaks to the quality of the American player. With Major League Soccer helping, we’re starting to develop world-class players through our academies.”

Every one of those deadline moves bolsters Major League Soccer’s claim as an up-and-coming league with the ability to develop high-quality players. The ultimate success or failure of players who made moves in this window will have some role to play in the long-term prospects of MLS as a resource for clubs in Europe. Still, the glut of transfers alone points to a shift in how Europe views MLS. The reasons seem fairly clear.

American soccer players are thriving in some of Europe’s biggest clubs, proving that American talent works at elite levels. MLS has shifted to a selling posture, becoming more willing than ever before to sell and loan players it might have prevented from leaving in the past. At the same time, the economic impact of the pandemic has limited transfer budgets for even top tier teams. That’s forcing clubs in the world’s best leagues to go looking for budget options. We’re seeing that turn MLS into a bargain hunter’s paradise.

At least for now. No one expects things to go back to “normal” anytime soon, but neither do we have a grasp on just how much normal there will be. Where this will leave MLS is certainly worth asking. We know buyers will move wherever the market takes them in the world’s most globalized sport.

Let’s imagine this is the new normal. Even when the fans and presumably the money returns, European clubs will still be mining MLS for talent. There’s too much data to show that Americans can play at high levels to imagine otherwise. What will that mean for MLS?

The most obvious benefit of player sales is the money it returns. An influx of cash just as MLS clubs begin to sell more of their young talent seems readymade for player acquisitions. The median level of talent in MLS has risen dramatically in the last decade. That’s because more young players turn pro and because MLS has given clubs more tools to sign a higher caliber of foreign player.

Millions of revenue earned through player sales would seem to be an antidote to the talent drain that those sales can create. For years MLS wrestled with the question of whether to sell its brightest American stars, largely because those players drove the league’s marketing efforts. A shift away from that approach, enabled by a fanbase that increasingly puts club over country, frees the league to sell more domestic players.

The catch for MLS is that it must be willing to let clubs use transfer returns on its roster if it wants to leverage interest in American players into a higher caliber competition. The pace of change is typically slow, and the mechanisms tend to be complicated. With a tense labor standoff playing out and the owners working to claw back salaries even amid the American player boom, it doesn’t look good for progressive action on that front.

Even if the league slow-plays putting transfer fees back into player rosters, the rise in interest around American talent will only make MLS more attractive for players. We’ve already seen the league become a platform for South American talent wanting to reach Europe. With MLS academy products leaping overseas at younger and younger ages, more of the league’s best young academy players should want to sign professional contracts.

A function of the congested schedule last season was more minutes for young players. That’s important for players with European dreams coming through the academy ranks. MLS only recently began to collect training compensation for players reared in its academies who leave to sign their first professional contracts abroad, something that complicates some player decisions.

Currently, only a few teams are willing to aggressively sell their best young talent. Those clubs are doing so as part of a high-minded ethos. MLS will need to appropriately reward their efforts to show that it’s a workable business model.

As an added, but not insignificant bonus, MLS stands to get more attention during the transfer rumor season thanks to its growing influence in the market. That will help the league sell itself to soccer fans both here and abroad. Transfer rumors are an underappreciated driver of fan interest, keeping supporters engaged during gaps in play. MLS won’t maximize that benefit with a calendar that doesn’t line up with Europe’s top leagues, but it will get a boost.

Europe won’t forget American players when the pandemic is over and times are good again. Top clubs benefiting from American talent, both on the field and as marketing engines, are only going to spawn copycat behavior across the continent. The future just changed for MLS. Just how much is up to the league itself.