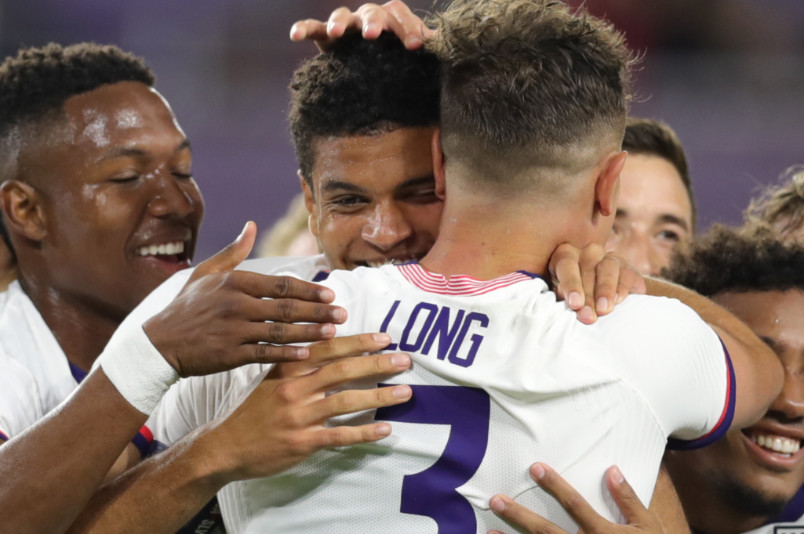 Monday’s soccer news starts with the USMNT opening the 2021 schedule by beating Trinidad & Tobago in Orlando. While there are the obvious caveats for both teams, this version of the USMNT took full advantage of their weeks of training, putting together a comprehensive result. That started early, with the USMNT keeping the pressure on throughout the game.

It’s easy to put the focus squarely on the goalscorers and the goalkeeper, but this version of the USMNT defense deserves credit for keeping its shape. While Trinidad & Tobago was never likely to put together an overwhelming offensive display due to availability and time, this game didn’t get sloppy. The USMNT held Trinidad & Tobago to two shots, one on goal while not allowing any sort of rhythm to develop for the visitors. That’s one of those things that doesn’t need to translate in other games, with all involved well aware of the uniqueness of the situation. On the night counts, and the substitutions and assignments didn’t phase this version of the USMNT.

Jesus Ferreira put together quite the performance in his second game for the USMNT. Two goals and three assists showed how well Ferreira responded to the opportunity alongside perhaps an unnecessary example of the FC Dallas system in play. We know what Dallas does with player development, with Ferreira potentially joining that list of standout talent for club and country. Joining Paul Arriola and Jonathan Lewis in doubling up on the goals, it was the distribution and pressure that the USMNT needed against an over-matched opponent. There’s an old truism about the game or games that conclude January camp. Players have to do as much as possible to show that they belong in a more representative version of the squad. Like Christopher Mueller in December, Ferreira took full advantage of his opportunity.

There’s no discounting needing a game. The lack of playing time for Terry Fenwick’s team at domestic and international level showed early and often, but that doesn’t make this a meaningless trip. A stronger Trinidad & Tobago side would’ve created a better opportunity for the USMNT to test itself, but this is far from the first time we’ve seen a January camp mismatch. Considering the circumstances, the best both teams can get out of 90 minutes is more to work with when they have the full complement of players.

Also in the soccer news, the USMNT Players Association joins the rest of American soccer in remembering USMNT player Chico Borja who died on January 28. An All-American college player at the New Jersey Institute of Technology and an NASL champion with the Cosmos in 1982, Borja was part of the Team America experience ultimately earning 11 caps with the USMNT as well as playing in the 1984 Olympics. An indoor star after the collapse of the NASL, Borja was a key part of the Wichita Wings in the late 1980s until his retirement in 1992.

SI’s Brian Straus with what the USMNT took from its first 2021 game. The Athletic’s Paul Tenorio also has his impressions from the USMNT. Wired 868’s Lasana Liburd on what Trinidad & Tobago got from playing the USMNT.