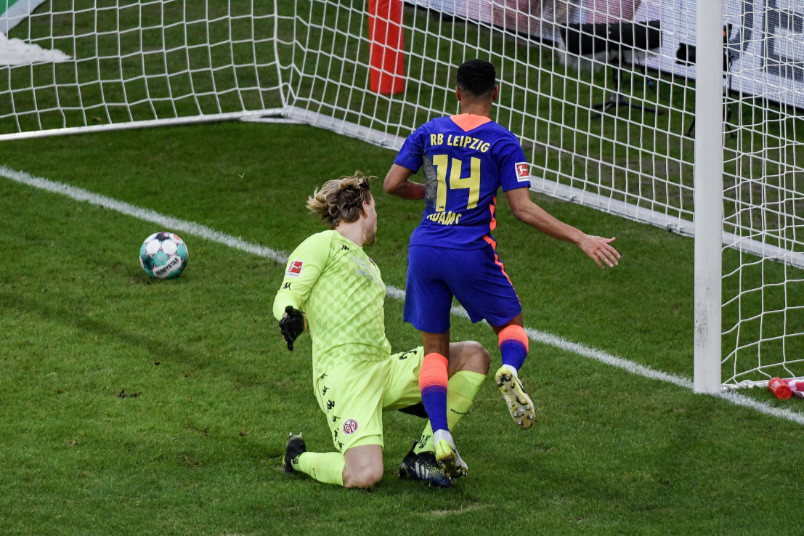 By Jason Davis – WASHINGTON, DC (Feb 5, 2021) US Soccer Players – If there’s any consensus at all among soccer fans, it’s that the top four leagues in Europe are also the best in the world. In order of UEFA’s coefficient ranking, we’re talking about La Liga, the Premier League, Serie A, and the Bundesliga. England’s Premier League, the German Bundesliga, Spain’s La Liga, Serie A of Italy. Ligue 1 in France is normally in the conversation, but the UEFA coefficient for spots in European competitions provides a break between the top four and everybody else.

American soccer fans have long been most interested in the Premier League. The world’s richest competition, the English top division commands the attention of billions of fans around the world on a weekly basis. Because of the shared language and cultural ties with the United States, the EPL stands apart from the others as a place Americans aspire to play.

Or it did. Times have changed. The league of choice for many an up-and-coming American is now Germany’s Bundesliga. While the Premier League restricted avenues of young players from the United States to join its ranks, the Bundesliga opened its developmental pathways to a group of talented American players. Combined with the presence of several German-born Americans who ply their trade in the country, the Bundesliga is now rich with Americans, spanning from the bottom of the table all the way to the top.

That representation across the competition is something Americans have never had in England. Even at the peak of Americans in the Premier League, US players typically congregated in the middle and bottom tiers of the table. The “Fulhamerica” days were glorious, but the Cottagers never contended for a Premier League title. No American has ever won a Premier League championship, something that isn’t in danger of changing this season.

It’s not just the Premier League, of course. The lack of an American champion in England only stands out because Americans have significant history there over the last two decades. In leagues where Americans have been few and far between like Serie A and La Liga, the record is equally empty. Things could be about to change, and quickly.

Weston McKennie now plays for Juventus, where losing the title would be a bigger story than winning it. They’re not top in Serie A with the revival of the Milan clubs and Roma, but counting Juve out never makes sense. Sergino Dest and Konrad de la Fuente are with Barcelona, chasing Atletico Madrid but always a contender. If we include Ligue 1, Timothy Weah’s responsibilities at Lille are increasing for the team at the top of the table. Meanwhile, the Bundesliga might also produce an American on a title-winning team this season.

There’s a concentration of USMNT players in the top six of the Bundesliga standings. This is more than the result of an unusual season. The American presence at Borussia Dortmund and RB Leipzig has changed the scope in Germany. That’s growing in 2020-21. As it stands, five of the top six teams in Germany as of this writing have Americans on their rosters. The USMNT players in those squads range across age, experience, and importance.

The defending champion of Germany, Bayern Munich, is the clear favorite to lift the trophy again this season. Until just a few days ago, defender Chris Richards was the American in the squad. On Monday, the club loaned Richards to Hoffenheim.

Bayern’s relationship with FC Dallas delivered again when the club announced that 17-year-old defender Justin Che joined on loan ahead of the deadline. Although Che is extremely young and as extremely unlikely to play for Bayern’s first team this year, he represents the continuing commitment of Germany’s biggest club to finding players in the United States.

Chasing Bayern is RB Leipzig. Through the club’s global network of clubs, RB Leipzig has its own pipeline for American talent. Tyler Adams made the move from the New York Red Bulls to become a key part of the Leipzig squad, whether starting or subbing on.

Adams’s spot in the USMNT lineup is well-defined. His ability to cover ground and slide into the defensive line when the fullbacks push up the field is a luxury for Gregg Berhalter. The more he plays at Leipzig, the better for the national team.

Leipzig’s closest competition for second place in Germany is Wolfsburg, where USMNT center back John Brooks mans the same position in the Bundesliga. By this point, Brooks is a USMNT institution, one of the few long-serving and deeply experienced players certain to be in the lineup for any important USMNT match. Brooks is known not just for his defensive work, but for his ability to distribute the ball.

Eintracht Frankfurt’s Timothy Chandler last played for the USMNT in 2018, though he’s expressed interest in a national team return. At 30, Chandler is now a squad player for Eintracht, featuring in five games this season for the surprise club contending for a Champions League spot.

Eintracht hasn’t finished higher than sixth in the Bundesliga since 1993-94. They’ve never played in the modern Champions League, last playing in Europe’s top club competition in 1960.

Then there’s Borussia Dortmund, the club most likely to be in that chase with Bayern Munich at the top of the table. Dortmund’s slips this season have the club scrambling for direction. There’s already been a coaching change. That hasn’t stopped Gio Reyna from establishing himself as a fixture in the lineup. His 2020 breakthrough proved to be no fluke. Reyna has played in all but one of Dortmund’s Bundesliga matches this season, starting 13 of those 18 games. No matter who’s in charge in Dortmund, Reyna’s talent demands playing time.

There’s no need to go scanning down the table in Germany, looking for the first club to have an American in its team. Americans are right there, at the top, filling important roles at clubs that are dreaming of trophies and Champions League places.