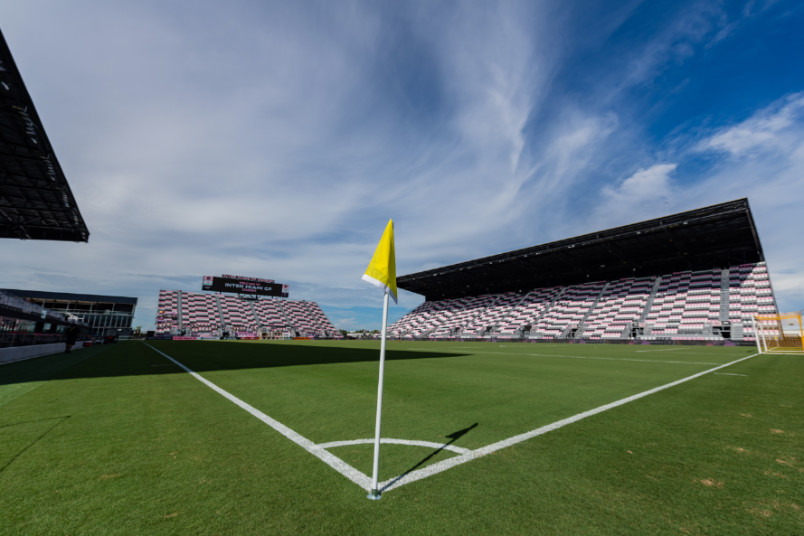 By Jason Davis – WASHINGTON, DC (Mar 5, 2021) US Soccer Players – Unless you’re paying very close attention, it’s easy to be confused about the division of responsibilities in MLS front offices. Every team has a head coach, but the way clubs label the people in charge of building rosters, overseeing academies, and engaging with the insanely complicated MLS budget rules runs a gamut.

Because a soccer club’s structure is very different from that of a professional franchise in the other major American sports, the role of general manager needs a team of administrators. Some clubs go with that traditional American title, while others use “sporting director,” “director of soccer,” or some variation.

Former US international and MLS veteran Chris Henderson spent 13 years in Seattle helping to turn the Sounders into the MLS standard-bearer they are today. He first supported Adrian Hanauer, then served as the assistant to GM Garth Lagerwey. As a native son of Washington, Henderson’s presence better tied the Sounders to the community they represented.

Now Henderson is taking on a new challenge as part of Inter Miami’s “do-over” in South Florida. After an inaugural season that failed to measure up to the lofty standards of its famous investor/operators, the 2020 expansion team is rebooting its program.

Henderson joined Miami as the club’s Chief Soccer Officer and Sporting Director in January. He replaces Paul McDonough as the club’s lead administrator and will oversee the reconstruction of the roster with new head coach Phil Neville on the sideline. The club will bring back many of its key figures from 2020, but Henderson will get his chance to remake parts of Miami’s lineup.

“It was an opportunity in a leadership position,” Henderson said on SiriusXM about leaving a comfortable spot with a leading club in Seattle. “Garth in Seattle is doing a great job. We had a good partnership, but it was a chance for me to move up.”

Moving up means more pressure, especially in a high-profile club like Inter Miami. If Miami isn’t better this season, criticism will fall on Henderson. There’s no more buffer. Henderson sees the added pressure and David Beckham’s increased presence as a positive. Although Henderson only joined the club in January, he was a candidate for a position in Miami before the launch.

“I believed in this project from the very first day when I was part of the initial interviews when they came into the league” Henderson said. “There were similarities to when we started in Seattle and the potential for where the club can go, the backing, obviously, the infrastructure now that’s in place with this training facility, the stadium here. So I thought it was a great opportunity. And these opportunities don’t come along every day.”

For all the extra pressure that comes from working for a club that has Beckham as the face of the organization, his connections bring big possibilities for Henderson. The arrival of Blaise Matuidi and Gonzalo Higuain during the 2020 season delivered some experience and star power to the club, but there are always going to be rumors swirling. Just this week, Beckham made news when he suggested that Lionel Messi and Cristiano Ronaldo are the types of players Inter Miami “aspires” to signing.

“David Beckham’s relationships are something we need to use,” Henderson explained. “He can pick up the phone and talk to anybody. So having players like that rumored to want to come to our club is great.”

Messi or Ronaldo probably aren’t going to land in Miami any time soon, though Henderson expects the Beckham effect to give him an advantage.

“I think we have aspirations to be a global club. Having David be a part of it and having him here every day as the president of soccer and being part of what we’re trying to build here is super valuable. When you’re rumored to have players like that come, it makes my job easier.”

Miami’s status as a destination city and Beckham’s fame creates one set of demands for Henderson. The modern MLS imperative to produce homegrown talent creates another. South Florida has players, so there will be no excuses if Inter cannot find some budding stars.

“That’s one of the major things at our club, bringing players through our youth system and getting South Florida players,” Henderson declared. “Going into the market, being part of the community, understanding the talent pool here. Phil Neville, David Beckham both went through that class of ’92 at Manchester United. They understand the value of going through and being able to contribute to the first team as they develop through the system. We want to duplicate that here and put every effort we can into creating our own homegrowns.”

MLS clubs are even now working to strike a balance between selling and winning. While not mutually exclusive, the ability to sell talented young players for lucrative fees is difficult to marry being a perennial championship contender. Just as players arrive in the first team and start to contribute, the market around them heats up. The revenue generated by a sale can help the club while also creating a hole in the roster.

Inter Miami is still revving up its academy engine. Tough questions around valuable talent might not come immediately. Henderson is already thinking about those decisions, leaning on his history in Seattle.

“I think you want people to come and want your players and to be able to have the option to sell your players,” he said. “And you also want to compete to be an elite team in the league. So those are questions. I hope we’re in the position, too, that we’re having to make those decisions going forward, whether we sell a young player coming through or we have them play for our first team. Those are things you have to do every season, decisions you have to make.”

Inter Miami can’t get a do-over of its first season. Instead, it is rebooting the system and turning to new leaders in a bid to get better. Henderson’s influence on that process is already starting to bear fruit, but only the game can tell if this time Miami got it right. A man who played such an integral part in the building of an MLS powerhouse in Seattle but didn’t have his name atop the credits is getting his chance to prove he’s capable of the starring role.