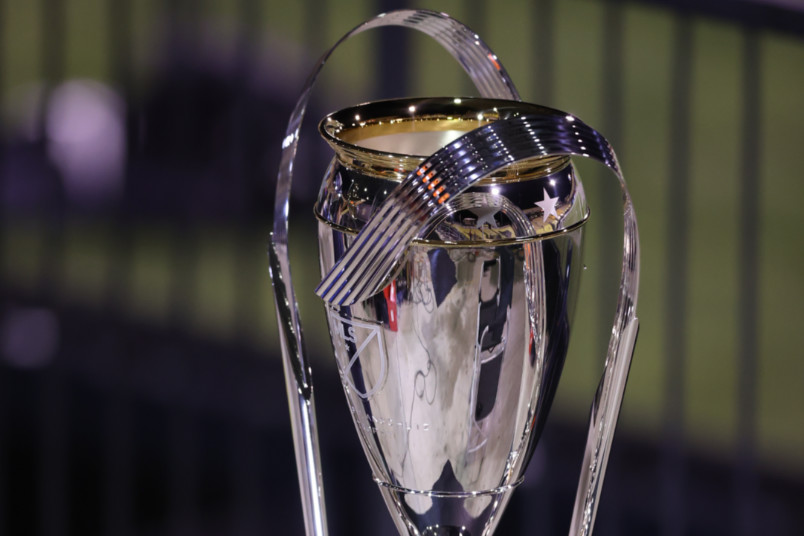 By Clemente Lisi – NEW YORK, NY (Mar 29, 2021) US Soccer Players – There was nothing normal about the 2020 season for Major League Soccer. Getting as close to normal as possible is now the challenge for MLS this season. The pandemic continues, but lower infection rates and more vaccinations point to better times ahead. For MLS, that journey starts on April 17. The regular season runs through November 7, with the playoffs happening from November 19 through MLS Cup on December 11. Key dates in place, this is also a season that comes a year after COVID-19 paralyzed the planet and led to a long pause for MLS and sports everywhere.

What the league and its fans want is a 2021 season that ends up looking more like 2019 than 2020. Fans will return in the coming months, a slow roll-out with the appropriate precautions. Compared to last season, that might be the biggest sign of the normalcy all of us crave. On the field, some MLS teams are looking to build on what they did last season. Others are rebuilding in general, hoping to turn their fortunes around after a few lackluster years.

MLS remains an unpredictable league where favorites and underdogs regularly switch roles. That’s something we should appreciate about the game here. With a new season on the horizon, here’s a look at five things to watch for in 2021.

Newcomers who could make a difference

The league as a destination for South American talent is already in place. It may seem like the long way to get to Europe, but their talent has pushed MLS clubs into contention. The increased frequency of these moves in recent years is more than just Atlanta United reloading. They may have benefited most from the trend, but this season it’s other clubs making familiar moves. A trio of South Americans join the league this season with Brazilian striker Brenner at FC Cincinnati, Argentine midfielder Tomas Pochettino with Austin, and Colombian winger Jader Obrian joining FC Dallas.

Once again, it’s no surprise that the most exciting new players hail from South America. If there is any reminder needed of what a newcomer can do, just look at last season. Attacking midfielder Lucas Zelarayan helped Columbus Crew SC win MLS Cup, where he took the game’s MVP honors.

Chris Mueller’s strong showing with the USMNT is adding to what some MLS fans already knew. He’s a talent proving Orlando made a smart move in signing him. Mueller came to Orlando in 2018 via the MLS SuperDraft and finished last year as the team’s top scorer with ten goals. He also had seven assists in 22 regular season games, amazing numbers for such a young player. The 24 year old also made his USMNT debut last year and could also be a contributor this year
as the team prepares for a busy summer.

Mueller’s fellow contributor at Orlando is Daryl Dike, currently on loan with Barnsley. Dike is showing what MLS talent can do in England, drawing significant interest in a permanent move. What that means for the Orlando City setup is an open question. With Mueller now a known scoring threat, it’s going to be interesting to see how opposition defenses respond.

Led by former NYCFC captain Alex Ring, Austin has generated lots of excitement over the past few months. USMNT alums Claudio Reyna in the sporting director role and head coach Josh Wolff lead the 27th MLS club’s technical staff. That work will get national television exposure on Fox when they visit Los Angeles FC on April 17 in their first-ever match. It’s going to be a while before they debut at home, waiting on the completion of their stadium.

Austin’s start could determine its season. They’ll need to show early that they have a coherent game plan with the players to execute it every week. That repetition can catch new clubs and have them on the back foot too early to stage a turnaround. The goal for every team in a playoff league is the same, and there’s no such thing as style points when the playoffs include the top seven.

It’s a safe assumption that Seattle will continue its streak of MLS Cup appearances. Predicting anything else from coach Brian Schmetzer’s club borders on the silly. Two titles and two appearances in four seasons tend to do that for a program. Still, things change, and that means adjustments for the Sounders technical staff.

Schmetzer has been experimenting with different formations in preseason. He’s used a 4-2-3-1, but a 3-5-2 or 4-4-2 in recent weeks could make their debut in 2021. With Jordan Morris recovering from an injury suffered on loan to Swansea City, a new two-man attack is what Schmetzer could be considering to get more of the same from his club.

There’s no discounting the Crew

Meanwhile, Columbus is opening a new stadium this season, making some MLS fans feel old. Crew Stadium started the era of soccer-specificity. Now, they’re the first MLS club to open a second purpose-built stadium. That speaks to broader league ambitions and the place of a club in a community. It’s a bonus that we’re talking about the defending champions.

There are challenges ahead, but Columbus has been able to bring in reinforcements. Joining Gyasi Zardes in the attack are wingers Kevin Molino and Bradley Wright-Phillips. Coach Caleb Porter has also done some work on the midfield, potentially catching some of their Eastern Conference rivals by surprise. That might sound odd for the club that won the title, but MLS is always in transition. It’s the teams moving with that flow that tend to keep themselves in contention in a league of parity and plenty of upsets.

Logo courtesy of the IOC