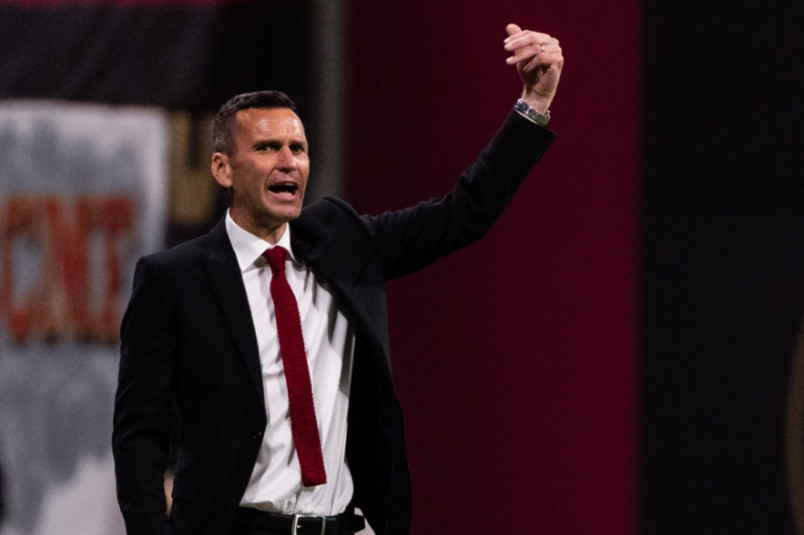 Tuesday’s soccer news starts with Atlanta United 2 coach Stephen Glass taking the manager job with Aberdeen. Glass finished the 2020 season as the interim coach for Atlanta United who have a seat on the Scottish club’s board and he played for Aberdeen. That makes the move from USL to the Scottish Premier League a lot easier to understand. Still, it’s unique to see anyone work through Glass’s scenario. He’s going from planning for the USL Championship season to an interesting situation in Scotland.

“Since my retirement from playing, I have been focused on becoming the best coach I can be with the aim of being in a position to secure an opportunity such as this,” Glass said in Aberdeen’s press release announcing the move. “Having worked with a number of esteemed managers and coaches in the game, my football education has been extensive and my time with Atlanta United 2 has afforded me the chance to develop some exciting young players and hone my coaching skills.”

Glass won’t be the only manager with MLS experience in the SPL. Former LA Galaxy player Steven Gerrard has already led Rangers to the 2020-21 title. He’s been in charge there since the 2018-19 season, regularly linked with jobs in English soccer. His debut as a manager with one of the Old Firm clubs certainly helps his profile, quickly turning from player to successful coach.

The situation with Aberdeen isn’t a panicked club trying to avoid relegation. Instead, long-term manager Derek McInnes lost his job because the club stopped scoring. From a 0-0 draw at St Johnstone on January 27 through a 1-0 loss at Celtic on February 17, Aberdeen lost three and drew three without scoring. A 1-0 home win over Kilmarnock on February 20 disrupted that streak. They followed that with a 1-0 loss at Celtic and then drew 0-0 at home with Hamilton Academical.

For Glass, he’s getting a 4th-place team on the slide now facing the second stage of the SPL season. Scotland’s Premier League splits into two groups of six following the international break, with Aberdeen playing the other teams in the top half twice to finish the season. With Rangers already taking the title and its Champions League third round qualifying spot, at stake is the 2nd-place second round Champions League qualifying spot and the two Europa Conference League places. Scotland’s UEFA coefficient ranking means they won’t have Europa League spots for next season.

While piling the pressure on qualifying for UEFA’s new third-tier club competition seems a bit of an ask, Aberdeen spent the first-half of the season as a 3rd-place team. Now, that would require making up the seven points that separate them from Hibernian with a schedule that only features clubs in the top six. It’s a major ask with a major learning curve for any coach coming from American soccer. With that in mind, it may be exactly what Glass wants after his interim Atlanta United experience.