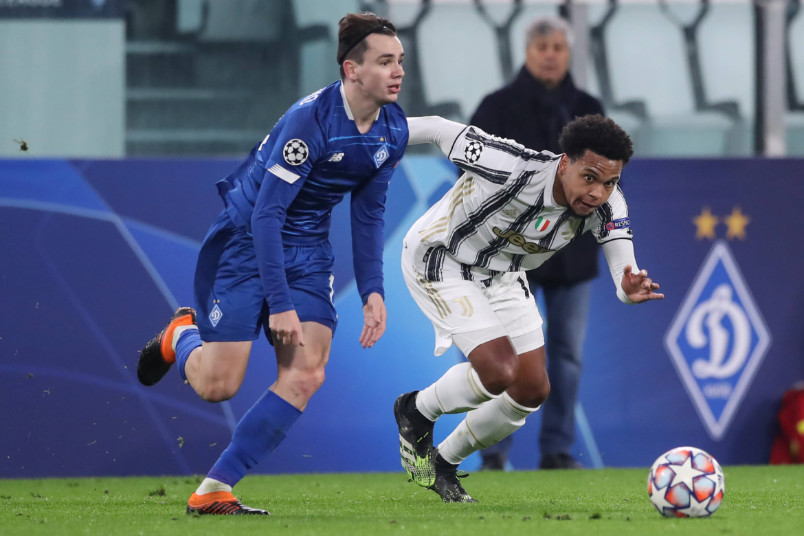 By Clemente Lisi – NEW YORK, NY (Mar 8, 2021) US Soccer Players – There has never been a time in European soccer history when so many Americans play for clubs at the pinnacle of the game. While Americans have been playing across Europe’s top leagues for decades, it’s just recently that some of them moved into the big time. Seven Americans made it to the round of 16 of the world’s most prestigious club tournament. That means US audiences have the chance to see these budding stars compete at the highest levels.

CBS All Access recently became Paramount+, and they have the English-language rights to the Champions League and the Europa League. Spanish coverage may be over-air depending on where you live through UniMas, Univision, and TUDN. While Univision’s ratings have been consistently high, CBS Sports has been able to market games and weave narratives around these young American players.

“It’s always a theme for us,” Pete Radovich, CBS Sports’ Coordinating Producer of UEFA, told World Soccer Talk last month. “We’re very excited about getting into European football right when the American impact is at its highest.”

He’s right. Of the Americans still in the competition, Chelsea, Dortmund, and Manchester City won their first-leg games. That means players like Sergino Dest, Weston McKennie, and Tyler Adams will need to help salvage their teams from the brink of elimination. That could potentially drive even more interest for the finales from this round.

It is difficult to calculate exactly how many fans watch because American players are doing well. There’s no box to tick to let CBS know that your Paramount+ subscription is because of the Champions League. They bought those rights for a reason. It’s the biggest stage in club soccer. Their studio coverage regularly features discussions about American players. Nico Cantor, host of The Golazo Show, often raises the tone of his voice even further when an American scores a goal or is substituted into a game.

CBS has brought several innovations to the UCL since taking over last summer from Turner Sports and finishing out the delayed 2020-21 season. For this season, they have created The Golazo Show, similar to NFL RedZone, that jumped around from one game to another, bringing viewers goals and highlights. The network has also beefed up its online coverage through its CBS Sports website and on Twitter, where goals are posted just minutes after they happen.

There’s no doubt that CBS is taking the Champions League seriously. Using journalists such as Guillem Balague in the field and on location brings authenticity to the broadcasts. It also allows for better observations and interviews that past coverage on other networks often lacked when reporters and pundits were limited to a studio thousands of miles away. Critics point to a lack of cable options in English with CBS opting to put most of the season behind a paywall. That makes the Spanish-language coverage the option for those that don’t want another subscription service.

Paramount+ is trying to expand its soccer coverage, igniting a viewership war with ESPN/ESPN+. Paramount+ has publicly expressed interest in acquiring the rights to Italy’s Serie A, currently held by ESPN. Those rights expire at the end of this season. McKennie may be the only American in Serie A at the moment, but he plays for Juventus.

Should Juventus, for example, advance to the quarterfinals on Tuesday by overcoming a 2-1 first-leg loss to Porto, CBS Sports would be able to craft more coverage around McKennie, who has been having a standout season in his first season with the club. So much so, that the team officially signed the 22-year-old midfielder last week to a permanent deal reportedly worth $7.8 million. He had been on loan to Juve from German side Schalke 04.

While there is a growing move to put more matches behind paywalls in order to monetize from these properties, ABC, which like ESPN is owned by Disney, aired its first Bundesliga game between Bayern Munich and Borussia Dortmund. Why this game? Bayern is one of the most-storied clubs on the planet, but BVB features Gio Reyna that was of interest to US fans. Showing how tricky it gets with pro sports, Reyna didn’t dress for this game. Viewers watched a great game, but one without an American player.

For CBS Sports, proof that airing games each weekend is lucrative should look no further than Peacock, NBC’s streaming service. Peacock Premium allows viewers to watch the Premier League, packing in more than 175 matches along with on-demand replays. Those who subscribe for $4.99 a month (with ads) or $9.99 (without ads) get to watch Pulisic and other US players such as Manchester City’s Zack Steffan and defenders Antonee Robinson and Tim Ream at Fulham.

NBC Sports, meanwhile, also shows games on cable television. Yes, streaming services have allowed Americans to watch more soccer, but at a price. Paywalls mean cutting out large audiences. Soccer remains a niche sport in this country, at least that’s how American TV executives should see it given the ratings. That means a pay-to-watch model. One could argue that the future of all live sports could migrate to such platforms given network TV’s waning power and audiences.

More Americans in the Champions League is a good thing. In fact, it’s a great thing. For fans, it’s a chance to watch USMNT players compete at a high level. For TV networks, it’s a chance to sell fans on new streaming services. That should be good news given what’s at play in the streaming wars. Taking soccer seriously and highlighting American players.