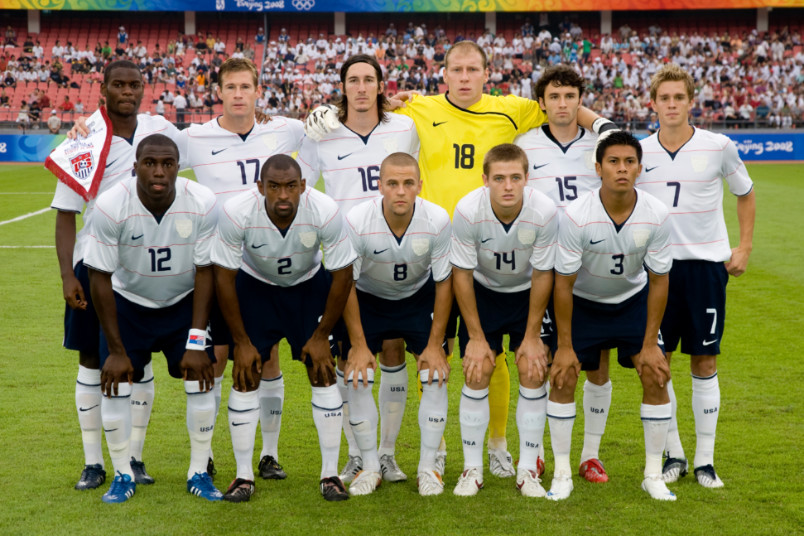 By Jason Davis – WASHINGTON, DC (Mar 19, 2021) US Soccer Players – It’s obvious that qualifying for the Olympics is undoubtedly better than not making it. Teams don’t enter competitions with a plan to fail. A slightly less either/or proposition is just how much the Olympic experience aids in the development of players on the path to the senior national team. It stands to reason that going to the Olympics, even with its limited field and rapid-fire nature, would help prepare players for the challenges of playing in the international soccer environment.

It’s hard to view making the Olympics as a negative, but there is no guarantee players that go to the Olympics will round into senior national team contributors. Like all youth national teams, the success of a group in a tournament is less a promise of the future than it is a reflection of a singular moment.

As we all know since it’s been on repeat for over a year now, the United States men’s soccer team hasn’t qualified for the Olympics since 2008. A poor group stage showing did in the 2012 qualifying team on American soil, with a group stage finale 3-3 draw against El Salvador ending the campaign. For the 2016 games, the US made the semifinal round in the 2015 tournament with a chance to qualify if it could beat Honduras in Utah. Los Catrachos sprung the upset, taking down Andy Herzog’s American team 2-0 and grabbing the spot in Rio de Janeiro.

When the United States failed to make the field for the 2018 World Cup following a defeat in Trinidad two years after the U-23 failure, it was easy to draw a connection between the two. Maybe the USMNT didn’t miss the World Cup for the first time since 1986 because it missed the Olympics, but missing the Olympics didn’t help.

Some of the players who would go to the Olympics this summer if the United States qualifies would probably matriculate into the full USMNT regardless of their experience in Tokyo. That makes analyzing past Olympic impact on the national team a little difficult. There’s no way of knowing if the last US team that made the Olympics would have achieved as much had they not gone to China.

The 2008 USMNT Olympic team arrived in Beijing with hopes of progressing to the medal round. Very much like the current moment, there was an air of optimism about a wave of young talent coming through the various pathways of American soccer. Unlike any team that would go to Japan later this year, however, the group of U-23 players in 2008 was the best available. That’s unlikely across the tournament in 2021 since so many U-24 players are already the core of the senior national teams.

Imagine a USMNT Olympic squad with Christian Pulisic, Tyler Adams, Weston McKennie, Sergino Dest, and so on. With World Cup qualifying rapidly approaching in September, there’s little reason to think those players will put their focus on the Olympics.

Headlining the 2008 team were a handful of players who would go on to become USMNT fixtures. Up top was an 18-year-old Jozy Altidore, who would score against the Netherlands in the second game of the group stage. Altidore had just earned his third USMNT cap in February of 2008 before heading to the Olympics. Over the next 12 years, he has earned 115 total caps and scored 42 goals for this country. To say he panned out would be an understatement.

Alongside Altidore then and now was Michael Bradley, who already had a significant senior team resume at 21-years-old. He played in the World Cup qualifiers against Barbados earlier that summer. Bradley’s experience in Beijing wasn’t a good one, but that didn’t do much to lessen his impact on the national team over the next decade. His 151 caps place him third all-time in team history, behind only Cobi Jones and Landon Donovan. His excellent play in the center of the American formation for eight years puts him among the greatest American players of all time.

Brad Guzan was technically an overage player despite being 23. He would go on to collect 64 caps for the USMNT and make the roster for two World Cups. Maurice Edu, a 22-year-old Toronto FC player during the Olympics, went on to play in the 2010 World Cup. So did fellow midfielder Benny Feilhaber. Stuart Holden also went to Beijing and made the roster for the World Cup in South Africa.

Ten of the 18 players on the roster would go on to collect double-digits caps for the USMNT. At various points, several beyond those mentioned above played important roles in the USMNT setup, with qualifiers and Gold Cup tournaments providing much of that opportunity.

It’s a safe assumption that will likely be true of this year’s Olympic team should it advance. Coach Jason Kreis is dealing with a measure of complication not faced by his predecessors courtesy of the pandemic. Instead of an Olympics that comes a year ahead of the final round of World Cup qualifying, the Games take place just a few months before what is now the “Octagonal” round. The scheduling crunch caused by the loss of dates in 2020 means that Kreis and his boss, USMNT head coach Gregg Berhalter, have to juggle the player pool to put together competitive teams in the Olympics, Gold Cup, and fall qualifiers.

The Olympics matter because every nation wants to compete for every prize available. Winning is its own end. The Olympic soccer tournament is also a chance for a budding group of players to take the next step in their international careers. In some cases, it might even facilitate a move to a bigger, better club opportunity.

Using 2008 as a guide, players who get the Olympic experience do tend to end up making a mark with the USMNT. It also leads to those bigger opportunities. Even in an era rich with age-eligible players already at the top level in Europe, it stands to reason that Olympic experience will still count.