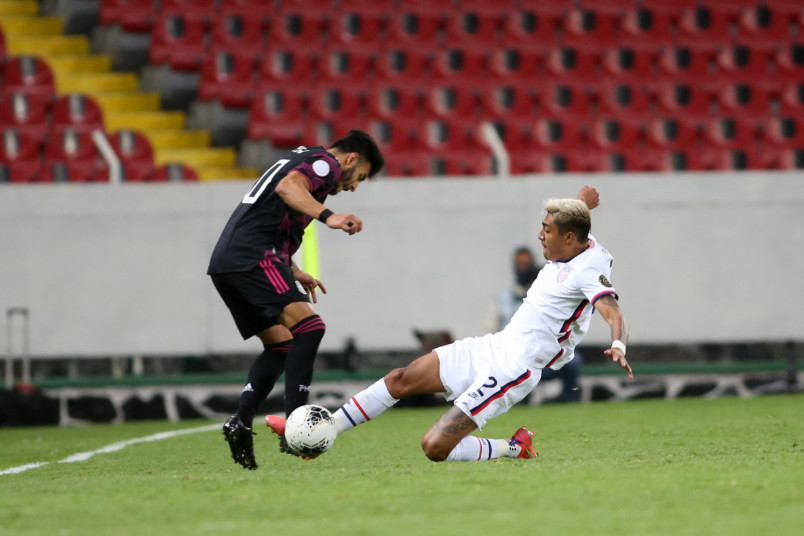 Thursday’s soccer news starts with the USMNT finishing 2nd in group A at Concacaf World Cup qualifying. They and group winners Mexico wait on the group B results to see who they will play for a spot in the Olympics on Sunday. Mexico beat the USMNT 1-0 on a 45th minute goal from Uriel Antuna An injury forced Mexico to sub out goalkeeper Luis Malagon for Sebastian Jurado in the 39th minute.

With the senior team in action later today against Jamaica, (FS1 – 1pm ET) it’s tough to go into preview mode. The USMNT is at the European version of full-strength. November was a version of the European-based first team. This time, it’s Weston McKennie using the international break to rehab a slight injury and Christian Pulisic in the squad. That means another international window without McKennie and Pulisic playing together. There’s little doubt that both would be in a first-choice USMNT starting eleven.

That first-choice scenario would also include more of an MLS influence that makes sense right now. Taking multiple players out of their preseason and risking quarantine issues doesn’t make sense. That can wait for the Nations League semifinals and the Gold Cup this summer.

For now, that means we don’t yet know what a full-strength USMNT looks like. The last time this squad played for points was in the Nations League during the November 2019 window. The USMNT saw off Canada 4-1 at home, winning 4-0 at Cuba. The goalscorers were Jordan Morris, Gyasi Zardes, Aaron Long, and Josh Sargent. Long and Sargent are in this squad. Zardes is coming off of an MLS Cup-winning season that suggests he will remain in Berhalter’s plans. Morris is recovering from a knee injury that cost him the rest of his loan stint with Swansea City.

Berhalter has no choice but to take the opportunities the schedule gives him, even with the pandemic limitations. The version of the USMNT we’ll see on Thursday won’t be the same as the one that plays Northern Ireland on Sunday (12pm ET – Fox) due to quarantine concerns. That puts pressure on the players needing a good showing over 90 friendly minutes against Jamaica. These impressions should last, forcing Berhalter’s decision-making for the camp that leads up to the May 30 friendly at Switzerland.