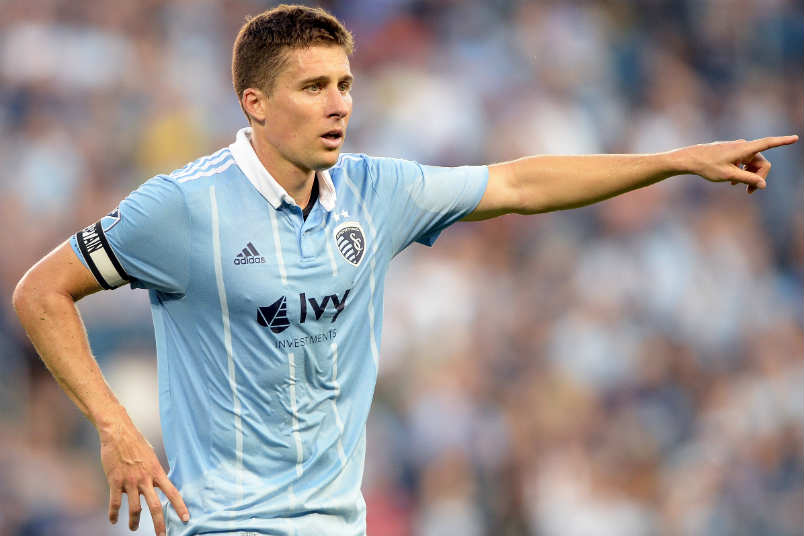 By Jason Davis – WASHINGTON, DC (Apr 14, 2021) US Soccer Players – The game of off-season Major League Soccer musical chairs moved some experienced faces to new places this winter. The introduction of tradeable allocation money and the limited version of MLS free agency helped. Still, even though MLS vets with USMNT experience making moves is becoming an annual occurrence, it feels strange.

All of these players join new clubs expecting to continue to contribute. The range of expectations is broad, but no one enters a new campaign in MLS dreaming of anything but a championship. That includes Austin FC, the league’s lone expansion team in 2021.

Nearly everything is new in Austin, including the head coach Josh Wolff in his first job. That doesn’t usually make for achieving great things. In a bid to add savvy to the mix for the young club, Austin brought in ex-NYCFC midfielder Alex Ring and former Sporting Kansas City defender Matt Besler.

To call Besler an MLS legend would be to undersell his achievements in Kansas City. A native son of the region, Besler arrived from the University of Notre Dame in 2009 and immediately stepped into the starting lineup. His career mirrored the rise of Kansas City as an MLS power. Following Peter Vermes’s move to the sideline and the opening of a soccer-specific stadium, Sporting turned itself into an annual contender for the MLS Cup title.

Sporting’s 2013 championship coincided with Besler’s arrival in the USMNT picture. That year saw the center back play 11 times for his country, including five World Cup qualifiers. While the 34-year-old is no longer in the prime of his career, Besler has plenty left to give to the expansion club in Texas.

Besler arrives in Austin after leaving Sporting Kansas City as a free agent. Sporting letting its long-time captain walk was a choice rooting in the business of MLS. In a league with a more permissive salary budget system, the 12-year veteran might have been able to retire as a member of the club he helped revive.

“It’s a decision that doesn’t come easy for so many reasons,” Vermes said in December when Sporting chose not to pick up Besler’s option. “Having been here through so many battles during my tenure, I was part of the draft that drafted him and eventually took over as coach. We have so many incredibly fond and lasting memories. It’s a relationship I will always hold very dear to my heart. But in sports, in a salary-cap world, the idea that players or staff will be with the club forever is not something that is likely.”

He’s not the first MLS veteran to help an expansion club. Michael Parkhurst set the standard in Atlanta when he joined the first-year club in 2017, eventually leading the side to a championship in just its second season. Last year, midfielder Dax McCarty played the wily vet role in Nashville and pushed an expansion team to the playoffs in its inaugural year. A healthy and rejuvenated Besler is ready in Austin.

Meanwhile, a man Besler overlapped with in the USMNT setup is taking on a new challenge after an experience with an expansion team.

Juan Agudelo spent a chaotic year in Miami as part of Inter’s first MLS roster. A season that was supposed to be a celebration of the return of first division soccer to South Florida instead became a labored campaign marked by the pandemic and the club’s inability to put a consistent product on the field.

That lack of consistency prompted the club to go out and sign a couple of big names, including striker Gonzalo Higuain. That addition altered the makeup of Inter’s attack, pushing Agudelo from center forward to a wider position in the formation.

Agudelo signed with Minnesota United in the winter as a free agent. At the time he joined the Loons, it looked like the former Rev and Red Bull might be the only option at center forward for a team that reached the Western Conference final in 2020.

Minnesota United has since signed Boca Juniors forward Ramon Abila. Abila is the presumed starter, though Agudelo will still have a large role to play for a team that still lacks depth at the position. The schedule in 2021 is compact, meaning every team will need as many contributions from as many places on the roster as it can muster to achieve its goals.
>p?
Expectations in St Paul have only risen since the breakthrough playoff run last season. Head coach Adrian Heath believes in his team’s ability to compete in a tough Western Conference. With Kevin Molino off to Columbus in the offseason, the burden to pick up his slack will fall in part to Agudelo.

It’s easy to forget that Agudelo is still just 28. His debut came at the age of 17 for the Red Bulls way back in 2010, when MLS was made up of just 16 teams and the Philadelphia Union was in its first season. That early start means Agudelo has more miles on his legs than many players his age, but he remains in his athletic prime.

Not every big offseason acquisition in this league is a foreign signing or comes with a hefty transfer fee. For both Austin FC and Minnesota, help at key positions on the field was available within MLS.