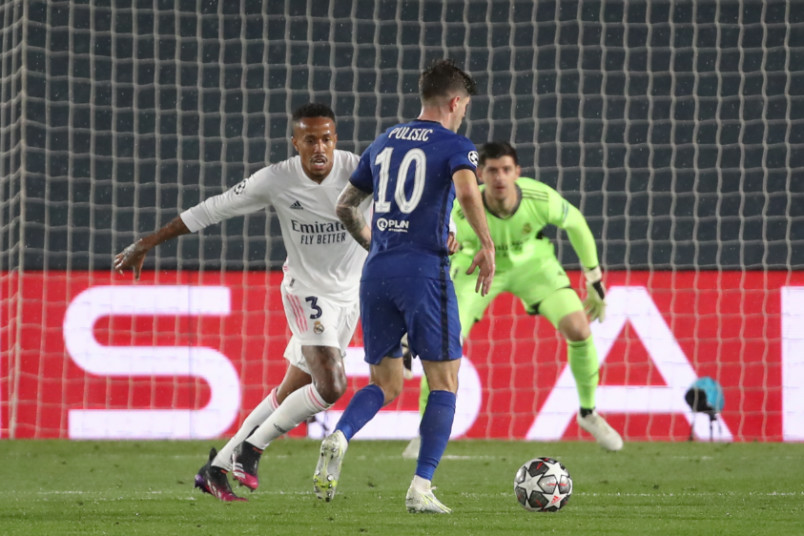 Wednesday’s soccer news starts in the Champions League semifinals. Christian Pulisic scored in Chelsea’s 1-1 draw at Real Madrid. Pulisic opened the scoring in the 14th minute with Real Madrid leveling the score in the 29th minute. Pulisic subbed out in the 66th minute. The series concludes on

“When we saw the lineup we had a quick talk in the dressing room to slightly change the moments against the ball, like who has to do what with the two strikers and the three in the middle,” Chelsea manager Thomas Tuchel said. “We had to adapt where we could push out, but only defensively. Offensively it didn’t change much. We wanted to impose our style and wanted to wait for what happens on the pitch, to see if we found the spaces that we predicted, and it went pretty much like that.”

Matthew Olosunde subbed on in the 76th minute of Rotherham United’s 1-0 loss at Brentford in the Championship. Brentford scored in the 26th minute. Lynden Gooch’s Sunderland lost 1-0 at home to Blackpool in League One. Blackpool scored in the 56th minute. In the Austrian Bundesliga, Erik Palmer-Brown’s Austria Vienna drew 0-0 at home with Andrew Wooten’s Admira Wacker. Wooten subbed out in the 66th minute.

Philadelphia won 3-0 at Atlanta United in the Concacaf Champions League quarterfinals. Kacper Przybylko scored in the 57th and 73rd with Anthony Fontana finishing off the goals in the 86th minute. That series concludes in Chester on May 4.

“It’s a great example of the emotions of this game and what it can bring. You can be maybe the better team against Miami and come out with a tough loss, but this group of players they stick together. They have a real identity. I’m really proud of the way they were committed and probably got one of our biggest wins in our club’s history.”

Toronto lost 3-1 at home to Cruz Azul. Brauan Angulo scored for the Cruz Azul in the 3rd minute with Jonathan Osorio equalizing for Toronto in the 20th. Angulo scored again in the 34th with Pablo Aguilar adding a goal in the 58th minute. The series concludes at Estadio Azteca on May 4.

“It’s frustrating,” Toronto coach Chris Armas said. “Because often times it’s X’s and O’s, things that you can prepare for in a strategic way. But in this game, it was clear that we knew that they were not going to change who they are and what they do. We know they play roughly 90 long balls per game. It was going to be very very clear that it was going to be a day about field position, about second balls, about turning over the ball in bad spots, and playing the game in certain areas. And set pieces…. We let ourselves down in defending our box again. There’s not a magic solution to that.”