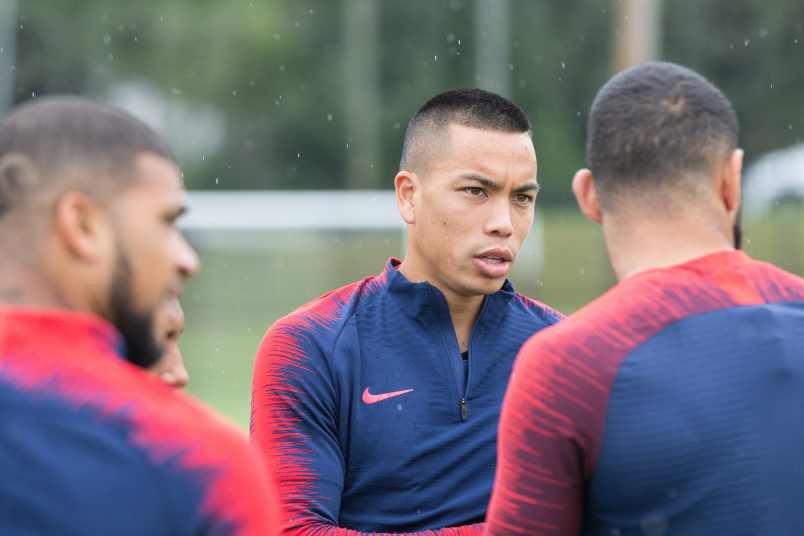 Friday’s soccer news starts with USMNT player Bobby Wood’s near future. Real Salt Lake announced the forward will make the move to MLS following the completion of the 2.Bundesliga season with Hamburg. Wood will join the club as a free agent with his contract at Hamburg done at the end of the season.

“It was really important for me to get into a club that felt like a family and that’s why it feels so good to come into Real Salt Lake,” Wood said in a press statement announcing the move. “In talking with the coaches, that was the vibe I got and made it an easy decision. “I’m excited for this new chapter and challenge and I want to make it as successful as possible.”

Wood has never played outside of Germany, working through the 1860 Munich developmental program to earn a place in their first team. After appearances with the U-20s and U-23s, Wood moved into the USMNT picture under then-coach Jurgen Klinsmann in 2013. He has 45 caps scoring 13 goals.

In an interview with his new club’s official site, Wood stressed the point that he intended his European run to be short. “I just kept telling myself, ‘Just one more year. It’s been 14 years now. I think it’s time,” he said…. Being able to play and raise my family in the US is something that I’ve wanted to do.”

Also in the soccer news, the club game takes over again in Europe with Christian Pulisic’s Chelsea at home against West Brom on Saturday (7:30am – NBCSN). It’s the only Premier League game before the opening leg of their quarterfinal series with Porto this Wednesday. It’s also another opportunity to show that they can hold onto 4th-place.

‘It is the best situation you can have as a manager, to be able to substitute players or replace players if they are injured or need a break without a loss of quality, without a lack of results,” Chelsea manager Thomas Tuchel said. That gives us a very good feeling with confidence in all of them, so tomorrow Thiago is available and back on track and everyone else is fit, and it is the same as for the goalkeepers, we have good competition and now we enter into such a crucial moment in the season, it is very important to have this selection. We need everybody now to be in top shape to compete on all levels.”