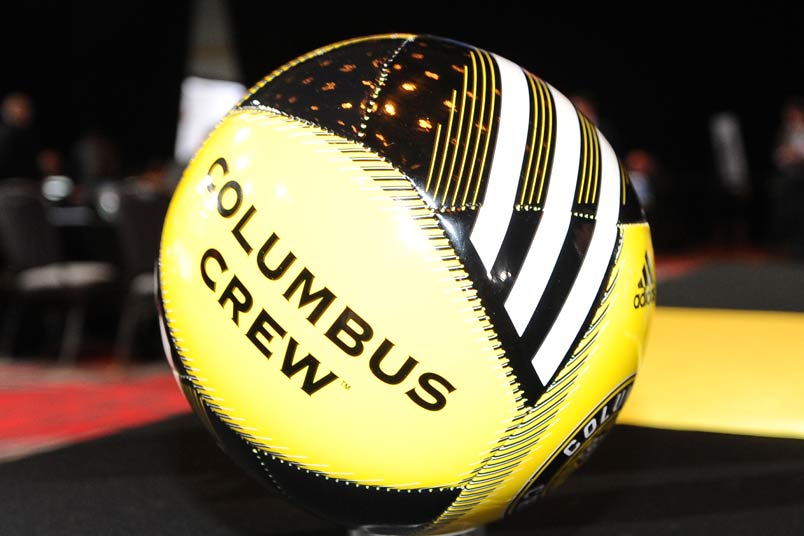 Friday’s soccer news starts with Columbus getting the biggest win to open the Concacaf Champions League round of 16. The Crew shutout Real Esteli 4-0 on the road in Managua, Nicaragua. Gyasi Zardes put Columbus up in the 19th minute with Jonathan Mensah doubling the lead in the 25th. Zardes scored again in the 33rd with Pedro Santos converting a penalty a minute into first-half stoppage time. Crew goalkeeper Eloy Room made five saves to keep the clean sheet.

“It’s the first game,” Columbus coach Caleb Porter said. “We’ve only been at this five weeks, so I knew it wouldn’t be perfect. But I thought our mentality was excellent the way we started the match…. I thought we were very opportunistic with our chances. Our quality showed, I thought, in key positions.”

Friday is the start of the NWSL’s Challenge Cup, the new kickoff to the regular season that starts on May 15. The NWSL has the biggest issue with club vs country given the number of USWNT players in the league. With women’s soccer currently in an international window, the USWNT is in Sweden for Saturday’s friendly (1pm ET – Fox). That’s led to the need for the NWSL’s national team replacement contracts, bringing in players on short-term deals to account for national team losses.

That should create an open tournament to start the Challenge Cup, with teams looking different while they wait for players to return. This isn’t exactly the MLS “play through the window” model where some teams aren’t bothered by call-ups. So many in the NWSL represent their national teams that a squad remaining mostly intact is an indication of how relatively weak it was to begin with.

With that in mind, last season’s finalists Houston and Chicago start the tournament (8:30pm ET – CBS Sports Network) as at least marginal favorites. Winning at home venues is different from a run through a competition held in a bubble. Both are in the Western Division meaning only one can go through to the final.

In the East, it’s always easiest to pick the Courage as the team to watch even in a rebuilding year. Meanwhile, the OL Reign may be looking at the biggest boost in the East at full strength. Racing Louisville is in its first season in the league, so anything they do will count as an upset.

Credit the league with deciding the Challenge Cup was worth a second edition and scheduling it as the season opener. That’s only going to help conditioning when the regular season begins. The call-up problem is something the NWSL seems to navigate every season. In an Olympics summer, roster balance may be what puts teams in the best position to succeed. That starts immediately.

Moving to the USWNT, playing on national television is always an opportunity for US Soccer as a whole. Against Sweden, the US Women will be looking to show that they’re already together in advance of the Olympics. 1st vs 5th with the USWNT on a 37-game undefeated streak makes this one more about Sweden showing up at home.