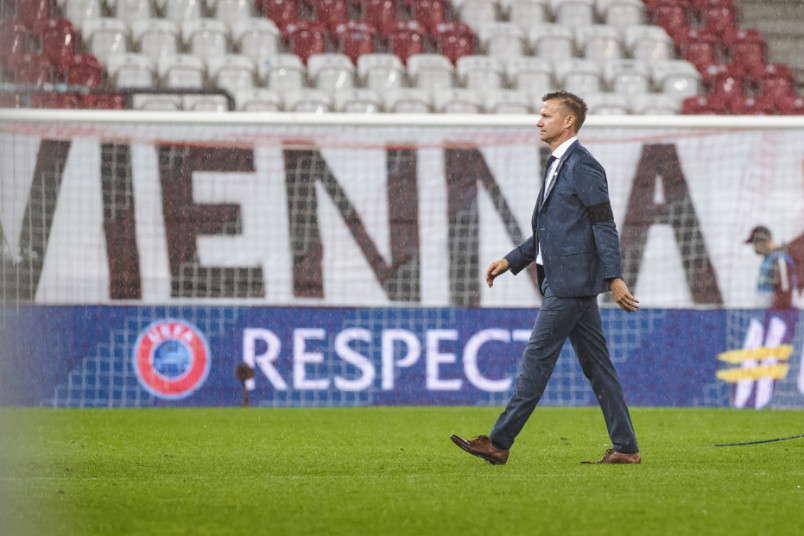 By Jason Davis – WASHINGTON, DC (Apr 30, 2021) US Soccer Players – Just a little more than six years ago, Jesse Marsch was an out-of-work soccer coach. Following a stint as the first MLS boss of the Montreal Impact, Marsch was a young coach with a good representation but not much of a profile. There was no guarantee he had a path to success in Major League Soccer, much less one that would take him to a Champions League-level club in one of the best leagues in the world. Six years later, however, that’s exactly where he is.

RB Leipzig, currently 2nd-place in the German Bundesliga and eyeing another trip to the Champions League group stage for the 2021-22 season, announced on Thursday that Marsch will replace Julian Nagelsmann as coach this summer. The move comes following Nagelsmann’s announced departure from Leipzig for the brighter lights of Bayern Munich.

Marsch’s arrival in Germany is the culmination of a coaching journey that didn’t start in New Jersey, but connects directly with joining the Red Bull organization back in 2015. Becoming the first American to take the reins at a Champions League club in a top-five European competition came through a combination of opportunity, effort, and luck.

After growing up playing soccer in Racine, Wisconsin in the ’80s, Marsch matriculated to Princeton University. The Ivy League gave Marsch a chance to get an elite education and play soccer. At the time that Marsch moved to New Jersey, Bob Bradley was the head coach of the Tigers. Marsch’s connection to Bradley would hold for more than a decade, both through Marsch’s playing career and into the early years of his coaching path.

After Bradley joined DC United as an assistant under Bruce Arena, the MLS founding club drafted Marsch in the third round of the first College Draft in 1996. Marsch would go on to play under Bradley, the head coach, in Chicago and with Chivas USA.

When his playing career ended in 2009, Marsch immediately moved into coaching. Bradley saw Marsch’s coaching potential, telling the Princeton Alumni Weekly in 2019 “There are always guys who you say to yourself, ‘I’m pretty sure he’s going to continue, and he’s going to be a coach,’ and Jesse would be one of those guys.”

Bradley took his former field general on as an assistant with the US men’s national team. Those years formulated Marsch’s ideas about team-building and tactics, ideas he expresses regularly via a consistent media presence. Marsch famously makes himself available for interviews with outlets in both Europe and the United States, an approach that helped grow his reputation as an up-and-coming coach. Marsch didn’t get the chance to coach at RB Leipzig because he does engaging interviews, but doing engaging interviews helped make him a viable candidate for the job.

After a single year as the head coach of the expansion Montreal Impact, Marsch found himself without a job. It wasn’t until two-and-a-half years later that he got his next shot as a head coach in MLS. That step set him on his way to make history as an American coach in Europe.

It’s easy to forget in light of his success that Marsch wasn’t wanted by the Red Bull faithful when he arrived in January of 2015. New York won a Supporters’ Shield in 2013 and reached the Eastern Conference final a year later under beloved MetroStars/Red Bull playing legend Mike Petke. When sporting director Ali Curtis dismissed the Long Island native and installed Marsch as head coach, the Red Bulls experienced a revolt.

Even if the fans had plenty of reasons to be angry about the manner of Petke’s dismissal, they quickly came to appreciate Marsch’s coaching talent. Harrison is where Marsch leveraged his opportunity in MLS and the Red Bull organization to give himself a chance to make an unprecedented jump across the Atlantic for a young American coach.

Marsch brought the club a second Supporters Shield in his first year and reached the Eastern Conference final. In 2016, New York finished 1st in the East. 2017 represented a step back with a 6th-place finish. In 2018 the Red Bulls charged out to a fast start and was sitting 3rd overall in MLS when Marsch resigned to take an assistant role at RB Leipzig.

The move makes sense in retrospect and even at the time held a distinct logic. Still, it’s not often that a coach chooses to leave a club in the middle of a promising season to take a subordinate position somewhere else. Back in 2018, the decision looked risky. If Marsch’s German education didn’t take, or if the Red Bull organization didn’t have a natural landing place for him, he might be returning to the US to take whatever job was available.

Of course, that’s not what happened. Marsch’s stint at Leipzig working with the architect of the Red Bull philosophy, Ralf Rangnick, led directly to a move to Red Bull Salzburg in Austria. Marsch had the requisite coaching license by then. He took on a championship-caliber club in a second-tier European competition had all the look of an audition for Marsch.

Marsch gained notoriety for his halftime talk during a 2019 Champions League group stage match against Liverpool, a rousing speech that mixed English with Marsch’s recently acquired German. While Marsch himself confessed to being embarrassed by the video, the passion on display only enamored more of the European soccer world to the charismatic American.

With one Austrian Bundesliga title to his name and another still possible this season, Marsch’s next move was simply a matter of timing. RB Leipzig was the natural next step, but the job would have to be open for the American to get his shot.

The series of events that led to this moment started with Jurgen Loew’s decision to step down as Germany’s manager after this summer’s European Championships. Bayern Munich’s coach Hansi Flick asked to break his contract with the Bavarian powerhouse to take over for Loew, which opened up the most-sought after coaching job in Germany. Bayern honed in on RB Leipzig’s 33-year-old wunderkind manager Julian Nagelsmann, a push that angered Leipzig but forced them to let Nagelsmann leave.

There will be pressure on Marsch. RB Leipzig expects to compete with Bayern Munich for domestic honors. The Champions League is last eight or bust. That’s the job.

By leveraging the Red Bull path and thriving at every stop along the way, the former MLS midfielder who never played outside of his home country has earned the right to prove himself at the highest levels of the game.

Six years ago, Jesse Marsch was an out-of-work soccer coach. Now, he has signed a two-year contract with a club in European soccer’s elite competitions.