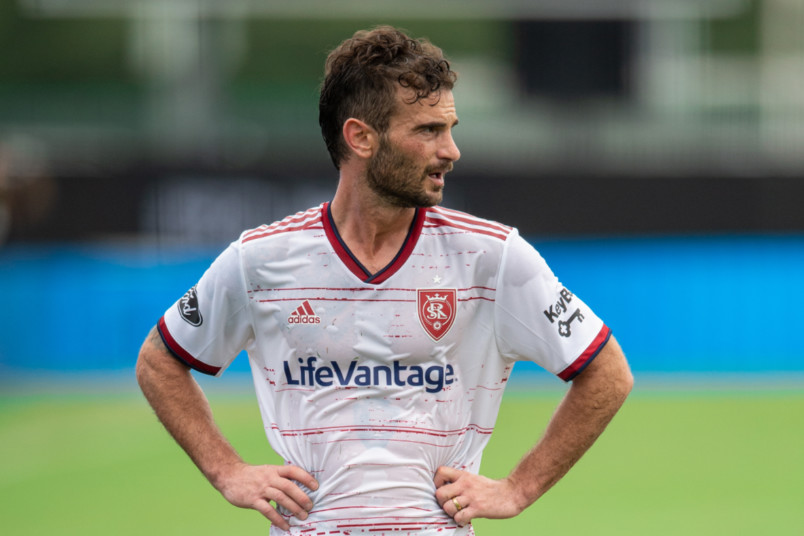 “I’m very excited to be joining Utah Valley University and can’t wait to get started coaching this team,” Beckerman said in a press statement…. “One of the most rewarding parts of my career was when I had the opportunity to help mentor my teammates in leading by example and sharing the knowledge I’ve gained over the years. I’m looking forward to stepping into that role full time and dedicating myself to developing these young student-athletes into better players and people.”

Edgar Castillo is now a member of FC Cincinnati. The USMNT player made four appearances with Atlanta last season after spending 2018 on loan to Colorado from Monterrey and 2019 as a member of New England. Castillo is a three-time winner of the Liga MX title with Tijuana, Santos Laguna, and Monterrey.

“Edgar is an experienced player who has found success playing at the club level in Mexico and the United States, as well as on the international level,” FC Cincinnati GM Gerard Nijkamp said in a press statement. “It is important to have a balance of veterans and younger players and we believe Edgar can be an important piece for solidifying our backline and providing a level of leadership for our younger players.”

Moving to the soccer scores, Chris Richards’s Hoffenheim drew 0-0 at home with Bayer Leverkusen. Hoffenheim finished with no shots on goal to Leverkusen’s two. Hoffenheim is 12th in the Bundesliga table with 31 points from 28 games. They’re a point ahead of Werder Bremen and a point behind 11th-place Augsburg.

“It was a step in the right direction,” Riochards said. “We had an intense week of training, and we showed that intensity in the game today. If we continue with that passion, we will also get positive results to finish the season well.”

Also in the soccer news, the USWNT players released a statement after seeing their settlement agreement with US Soccer approved in federal court. “Finally, giving these athletes access to facilities, training, care, and professional support is the next step needed in the long and hard work to grow the game of women’s football. Now that this is behind us, we intend to appeal the Court’s equal pay decision, which does not account for the fact that women players have been paid at lesser rates than men who do the same job.”

The US Women are in action at France on Tuesday (3pm ET – ESPN2), creating an interesting broadcast situation in both countries. The friendly is available on cable while the Champions League game between PSG and Bayern Munich played at the same time is on a pay tier in France and streaming in English on Paramount+ in the United States.