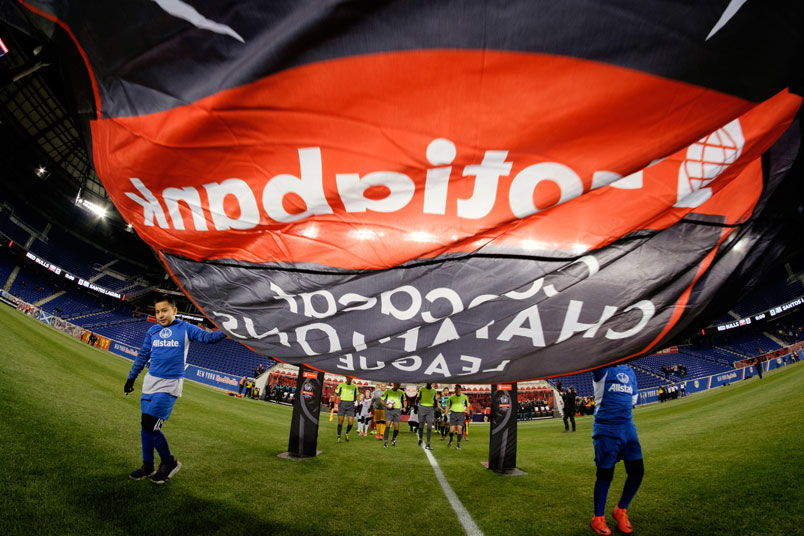 By Clemente Lisi – NEW YORK, NY (Apr 5, 2021) US Soccer Players – The Concacaf Champions League is back. Reworked schedules mean that this year’s tournament is closer to the beginning of the MLS season. That may or may not help MLS teams this season. With more money and deeper rosters, Liga MX clubs added to that edge by already being in season. This time around, they’ve been in season even longer. Preparation, as MLS teams know all too well, means playing games that count.

While it’s tough to draw any conclusions from 2020, LAFC made it to the final under interesting circumstances. Moved to Orlando in December with the remaining rounds switched to single-elimination, LAFC knocked out Club America before losing 2-1 to Tigres.

Following that loss, LAFC coach Bob Bradley talked about getting better through “real football ideas.” That should resonate across MLS even in the pandemic era. That’s what the Champions League should represent, a chance for clubs to raise their game. Instead, more often than not, it becomes about tournament management. Don’t overlook the easy games. Do what’s necessary against teams that are playing better soccer. The game is about advancing. There’s no extras for style points.

With that in mind, the five MLS teams need to play up every advantage while understanding their situations. One thing to consider this year is the bracket. The tournament starts in the round of 16 with three of the four Liga MX clubs on one side of the bracket. Club America is the odd team out, joining three MLS clubs in what has to be the easier side.

Meanwhile, Columbus starts with Real Esteli and will likely meet Monterrey in the next round. Toronto has the toughest road, the only MLS team to draw a Liga MX club in their opener. Getting past Leon likely means facing Cruz Azul. A Toronto run to the final could see them playing Liga MX clubs at every stage.

Playing fantasy predictor overlooks the usual for this tournament. One MLS team may pull off a surprise run every few years, but this is Liga MX’s trophy to lose. All of the MLS teams know that. Portland starts out in the weaker bracket against Marathon. They’d likely play Club America in the quarterfinals.

“I think this is a very key component if you want to be successful in CCL: how you adapt to the things you’re going to find in these countries that make, every day, these difficult situations from the grass, to the rain, to so many variables that we will find there,” Timbers coach Giovanni Savarese told reporters last Friday during a video news conference.

The Timbers open the Champions League in Honduras on Tuesday night at Estadio Olimpico Metropolitano in San Pedro Sula. The venue has been a fortress for Honduras during World Cup Qualifying over the last few cycles. Pandemic limitations should offset any home advantage Marathon hoped to have.

Marathon is also not in the greatest form as of late. The team is last in the five-team Group A going 2-3-5 over 10 matches. Over that run they’ve scored 11 times while giving up 16 goals. Those are stats that certainly favor the Timbers, but it also remains noteworthy that Portland is still in preseason. Two very competitive preseason games against Sporting Kansas City and Seattle Sounders FC both ended in draws.

“Marathon is a team that has been struggling in their season in Honduras, but if you watch the matches, they have been always competitive,” Savarese said. “They have a style of play that they believe in. They are all very much engaged that style of play, and (the game is) complicated.”

Portland is also relatively new to this tournament, and it hasn’t always gone well for them. During the 2014-15 season, the Timbers were playing in their first-ever Champions League. It was the last match of the group stage with Portland facing Honduran club CD Olimpia in Tegucigalpa. They went into the game in need of either a win or draw to advance to the knockout stage.

The Timbers could even afford to lose, although not by two or more goals. The physical encounter featured 31 fouls and a combined 10 yellow cards – seven of which issued to the Timbers. In the end, the Timbers lost 3-1. In 2016, the Timbers once again exited in the group stage, this time to Costa Rica’s Deportivo Saprissa.

Yes, Liga MX clubs are tricky and that still looms on the Timbers’ side of the bracket. Yes, the CCL is “complicated,” as Savarese put it. Portland can learn from the past and take advantage of the favorable road that can put them in the final. Regardless, Savarese needs to take it one game at a time.

“It is very important to be focused during the game, during the 90-plus minutes,” Timbers midfielder Diego Chara told MLSSoccer.com. “Because during the previous games we played in Concacaf, we made a lot of mistakes. We didn’t focus all the time, giving chance to the other team. Now, given a chance to play in this tournament, we need to learn from those experiences.”