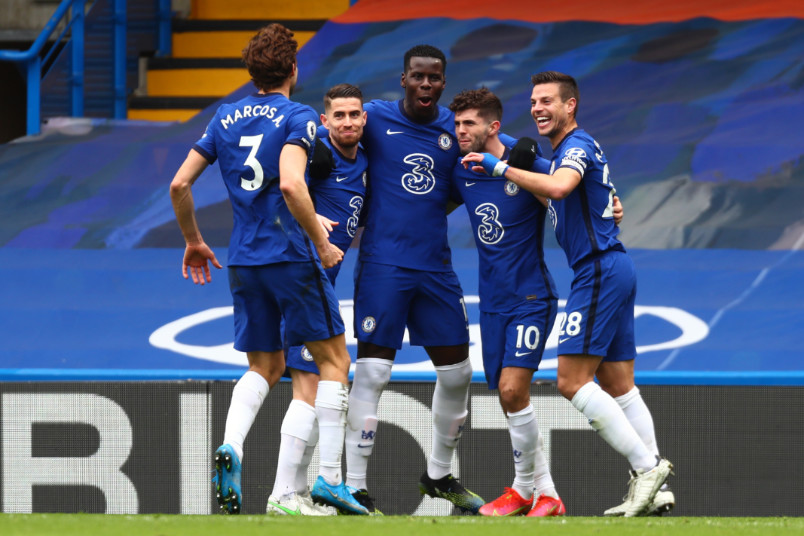 By J Hutcherson (Apr 6, 2021) US Soccer Players – Speaking after the Premier League win at Leicester City on Saturday, Manchester City manager Pep Guardiola became the latest to ask a simple question. Why is it alright to compress the schedule and obligate players across multiple competitions for club and country? In Guardiola’s more concise version, it’s a simple statement. “They are human beings, not machines.”

Specifically to Manchester City’s situation, English soccer insisted on playing modified versions of both cup competitions in what was clearly going to be a pandemic season. Then confederations and FIFA allowed three-game international windows. For the type of player employed by City, the commitments stack up. This creates what Guardiola highlights, a club game where squad rotation may be the most significant competitive advantage. Alongside that is an international schedule getting their games in as well. During a pandemic, there are more games over a shorter schedule than usual, leading into a summer of national team competitions.

USMNT coach Gregg Berhalter has already made it clear that the plan is to use different players for the conclusion of the Nations League and the Gold Cup. That’s hardly ideal, especially when weighing the value of those two competitions. Pushing the Nations League to summer may get it a bigger in-stadium audience, but it’s still a new competition searching for a purpose. The Gold Cup is the Gold Cup, even in an era where Concacaf insists on locking rosters from the beginning of the competition.

What is already giving here is competitive balance. We’ve seen that across the top European leagues, where high-dollar squads can’t get enough of those players on the field and healthy at the same time. That disruption turns matchdays into open questions about availability and form.

Before their home game with West Brom, Chelsea manager Thomas Tuchel talked about squad rotation. “It is the best situation you can have as a manager, to be able to substitute players or replace players if they are injured or need a break without a loss of quality, without a lack of results,” he said, specifically referring to the return of Thiago Silva. A red card to Silva in the 29th minute and two stoppage time goals for West Brom put them up for good. That 5-2 loss was the surprise conclusion to Chelsea’s undefeated streak. As it almost always seems this season, there were immediate ramifications.

West Ham beat Wolverhampton on Monday, pushing past Chelsea into 4th-place and the final Champions League spot. Given how this season is playing out, it could be 6th-place Spurs or 7th-place Liverpool ending up with a chance at that Champions League spot. The best indication of form is also the most unknown. Who will be in a squad for a given game?

Christian Pulisic removed himself after realizing his hamstring was a problem. “Christian went out right before the injury could happen. He said at half-time he felt if he continued it would be an injury coming so we had to take him off.” Tuchel said that in his pre-game press conference for Wednesday’s Champions League game at Porto but relocated to Seville. Pulisic is available to play.

Injuries and availability might seem like nothing new, but we’re hearing coaches referencing it far too often. The result is the type of uncertainty that seems less about sporting chance and more about too many obligations across schedules. That’s an organizational issue, something that pushes teams past tactics and rotations.

Scope creep in a pandemic season remains an interesting choice. The number of games on the schedule is an ongoing concern, the reason so many American soccer fans are familiar with the term “fixture congestion.” FIFPRO pointed to fixture congestion as a competitive problem for elite competitions like the rescheduled Euro 2020 and the 2022 World Cup in a November statement.

“FIFPRO notes the accumulated workload for players in the first quarter of European football’s 2020-2021 season and the mental and physical burden they are facing until 2022. The current handling of the match calendar during this emergency period lacks sufficient considerations for their health, well-being and performance and requires an urgent and ongoing revision by competition organizers.”

Highlighting the “duty of care,” FIFPRO put the focus squarely on the governing bodies and leagues making the schedules. That’s the major part of the problem, but it’s an industry issue as well. The business of soccer requires the games to make the finances work. Without those economic inputs, it’s the doom scenario we were hearing about during last season’s shutdown. Some degree of that is undoubtedly true. We’re already seeing it with the financial struggles clubs face right now.

What that points to is something FIFA was once quite good at addressing. The broader issue with fixture congestion needs a top-down solution, not an ad-hoc response based on domestic leagues and individual governing bodies. It’s a leadership moment that will undoubtedly anger plenty of people. That doesn’t make it any less necessary.

Instead, before the pandemic, the focus shifted to expanded tournaments and revamps that added even more games to the schedule. It’s no surprise when that obligates so many top-tier players. It’s the decision to add games in better times that remains the over-arching problem with taking them away.