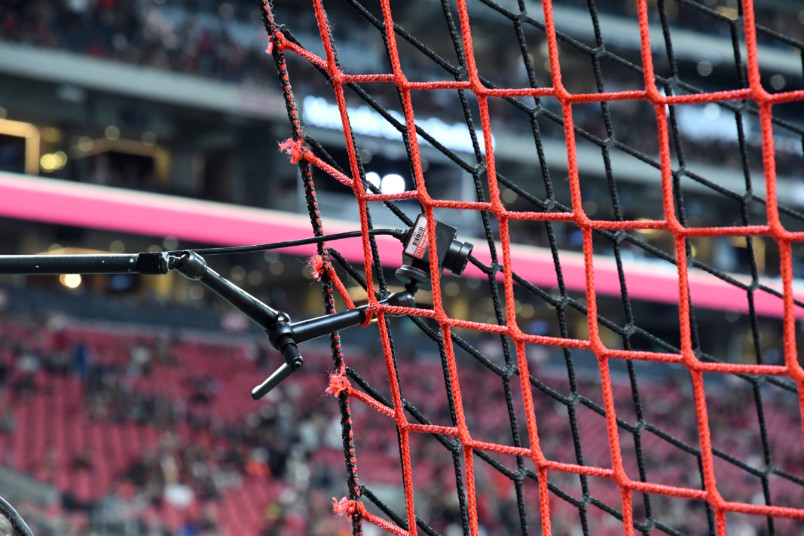 By Clemente Lisi – NEW YORK, NY (Apr 26, 2021) US Soccer Players – Soccer has grown in immense popularity in this country over the last few decades thanks to a confluence of factors. The 1994 World Cup, the creation of MLS, and leagues around the world becoming more accessible have helped turn more Americans into fans of the world game. Television was, and remains, key for Major League Soccer’s growth. It fuels fandom in the stands and money for MLS.

This season is the most accessible ever, both at home and on devices. There’s a record 37 games airing on ABC, ESPN, Fox, and Fox Sports and in Spanish on Univision, UniMas, ESPN Deportes, and Fox Deportes. ESPN+, meanwhile, will stream 350 regional broadcasts nationally, giving fans a chance to watch their favorite teams even outside their television markets.

ABC, who with ESPN have been MLS partners since the league’s inaugural season, will broadcast five games this season, the most since 1998. The highlight will be a doubleheader, ABC’s first-ever in network history, on May 9. That Sunday will feature Inter Miami taking on Atlanta United at 1pm ET, followed by the Portland Timbers playing Seattle, arguably the best rivalry in American soccer history. The MLS Cup Final, scheduled for December 11, will be broadcast on ABC and UniMas.

This television setup will certainly help MLS get more much-needed eyeballs in 2021. The league has long suffered from TV ratings malaise while stadium attendance, leading up to the pandemic, had been trending upward. The league needs to grow its audience, although they are trying to do so at a time when sports leagues, like the NBA and Major League Baseball, have seen declining ratings.

MLS needs the TV boost and the revenues that come with these deals. Whatever happens this season and the next matters as the league ultimately signs off on a new TV deal in 2023. In its way, however, is the thirst from US networks to air European soccer.

“I think the main issue for MLS is that it is not considered the top-tier soccer property,” said Jon Lewis, who has been covering the media industry on a daily basis since 2006 for his website Sports Media Watch. “Even in this country, the Premier League and other international properties take precedence.”

MLS’s opening weekend, while generating some exciting games, didn’t do so well in terms of ratings. The April 17 Los Angeles FC versus Austin FC game averaged a 0.24 rating, equal to 485,000 viewers, on Fox. That was down 48% in the ratings and 36% in viewership from the network’s first telecast last season between Nashville FC and Atlanta United, which aired in prime time on February 29, 2020.

Those numbers were the highlight of the weekend. The following day, ABC averaged just a 0.30 rating and 482,000 viewers for Inter Miami’s game against the Los Angeles Galaxy. Low ratings aside to start the season, Lewis said getting on broadcast TV is essential.

“I don’t think marketing is really enough to overcome the broader headwinds facing TV sports – and TV in general – nowadays,” he said. “The most I think MLS can realistically do to move the needle is get creative with TV windows. More broadcast TV exposure, for example.”

MLS is a league that is growing but does also lose money. It’s a worrying factor for the league. That’s despite teams paying massive expansion fees to help stabilize the league’s finances. What happens once the league stops growing? That’s where a future TV deal is key.

In February 2020, just a month before the pandemic affected American daily life, Garber outlined his vision for the league’s future.

MLS earns just $90 million a season from TV rights. By comparison, NFL teams, playing in a league with the highest ratings in US sports, can earn billions on television deals and licensing combined. Those numbers prompted Garber to say that the league’s TV package is “upside down compared to all the other leagues.”

That’s not to say the league hasn’t come a long way since the late 1990s. The league’s original deal, struck with ABC and ESPN even before there were teams or players, gave MLS no rights fees. Instead, the ad revenue was divided between the league and networks. By the aughts, MLS signed an $8 million annual deal that gave MLS games prime time slots for the first time. The league’s current TV deal, signed in 2015, is split between ESPN and Fox Sports, paying a combined $75 million per season with Univision adding $15 million.

MLS, in some cases with help from FIFA and the networks, has also introduced innovations that could become routine around the world in the coming years. In 2017, VAR was tested in MLS and now used globally. Broadcasting those discussions in real-time gave fans at home a glimpse into the decision-making that goes into a referees’ call.

During last summer’s MLS is Back Tournament, ESPN displayed virtual advertising along the sidelines, walls, and on the field. ESPN also used drones to film overhead shots during games. A small camera behind the goal, like you see in hockey, gave fans yet another view of a goal. This season, sideline reporters interviewing coaches during games and mics strategically placed on the field help capture more moments, something you often see in other American sports.

Technological experiments aside, MLS does have a younger and more diverse audience, a net positive, at a time when those audiences increasingly watch sports via streaming services. For example, 38% of American men and 26% of American women were “interested” or “very interested” in soccer, according to a 2019 report by Nielsen Sports Sponsorlink. The game was also most popular among Americans 16 to 24 years old (55%), followed by adults between 25 and 34 years old (50%).

“The U.S. soccer market continues to develop at both a talent and commercial level, which is driving increased attention with consumers, media and advertisers locally and nationally,” said Jon Stainer, managing director of Nielsen Sports Americas. “We’re also witnessing greater international attention of U.S. homegrown and MLS roster talent, which is fueling global appeal for the sport, the MLS and the teams. The future continues to look bright for soccer.”

Lewis said the league should be optimistic about a future deal.

“My general expectation is that leagues will make more money in each subsequent media rights deal, even if ratings decline,” he said. “Given the broader economic situation, maybe the growth in rights fees will not be as strong as it would have been otherwise. But given MLS is making less than $100 million in annual rights fees, a bargain in sports TV, I wouldn’t be surprised to see a double-digit percentage bump.”