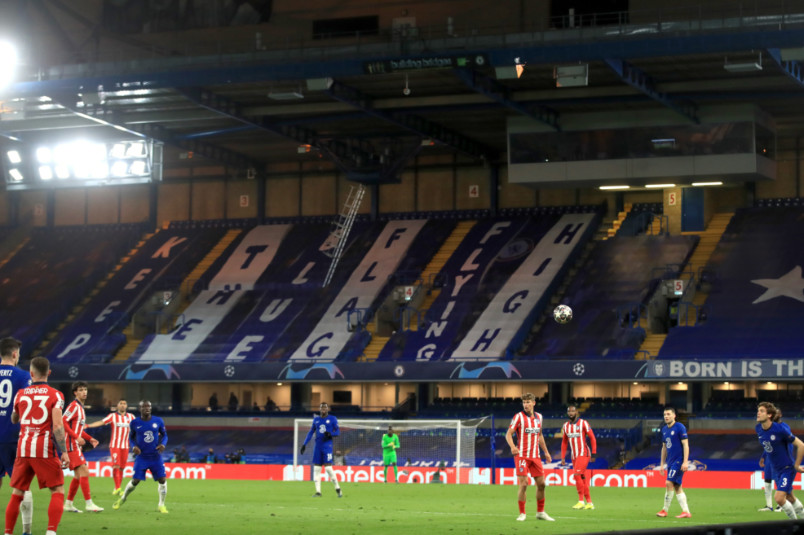 Monday’s soccer news starts with a group of Europe’s elite clubs pressing ahead with their own Champions League alternative. A day before UEFA met over a Champions League revamp, the news leaked of a breakaway midweek competition. It wasn’t a complete breakaway, but even the rumors were enough to send UEFA and the domestic leagues on the offensive.

UEFA made it clear that they wouldn’t tolerate a breakaway. In a joint statement with the English, Spanish, and Italian domestic leagues and sanctioning bodies, they wrote, “If this were to happen, we wish to reiterate that we – UEFA, the English FA, RFEF, FIGC, the Premier League, LaLiga, Lega Serie A, but also FIFA and all our member associations – will remain united in our efforts to stop this cynical project, a project that is founded on the self-interest of a few clubs at a time when society needs solidarity more than ever. We will consider all measures available to us, at all levels, both judicial and sporting in order to prevent this happening. Football is based on open competitions and sporting merit; it cannot be any other way.”

That response shouldn’t be a surprise, with UEFA’s statement also reminding European soccer that breakaway teams would risk worldwide bans. UEFA was careful in explaining what that would mean for players, writing “their players could be denied the opportunity to represent their national teams.”

“The pandemic has shown that a strategic vision and a sustainable commercial approach are required to enhance value and support for the benefit of the entire European football pyramid. “In recent months extensive dialogue has taken place with football stakeholders regarding the future format of European competitions. The Founding Clubs believe the solutions proposed following these talks do not solve fundamental issues, including the need to provide higher-quality matches and additional financial resources for the overall football pyramid.”

What the Super League will look like is 15 “founding clubs” and five teams qualifying through previous season performance playing in a midweek league alongside their domestic league and cup obligations. The Super League will have two groups of ten teams leading into a knockout stage starting with a quarterfinal home-and-away series. The competition would run from August through May with a single-game final. This team-run tournament would replace the Champions League for those clubs. The founding members highlighted significant solidarity payments to the rest of European club soccer as well as a

“These solidarity payments will be substantially higher than those generated by the current European competition and are expected to be in excess of €10 billion during the course of the initial commitment period of the Clubs. In addition, the competition will be built on a sustainable financial foundation with all Founding Clubs signing up to a spending framework. In exchange for their commitment, Founding Clubs will receive an amount of €3.5 billion solely to support their infrastructure investment plans and to offset the impact of the COVID pandemic.”

The Times’ Martyn Ziegler and Matt Lawton on what lead to the Super League alternative to the Champions League. The Independent’s Miguel Delaney and Tony Evans expect significanrt disruption should the planned Super League happen. The NY Times’ Tariq Panja has more on the background of the push for a club-run competition by the game’s elite. The Athletic’s Adam Crafton reports on the abscence of Bundesliga and Ligue 1 clubs.

“The logistical and financial burdens to have the tournament take place this spring in the current environment are substantial,” Open Cup commissioner Paul Marstaller said. “Even though all of US Soccer’s member professional teams will be playing in their respective league competitions this year, the Committee did not feel it wise to have clubs divert important resources during the next two months for Open Cup play. Instead, we will look further into the future to see what possibilities might exist for 2021. After that, a full-scale 2022 Open Cup is less than a year away.”