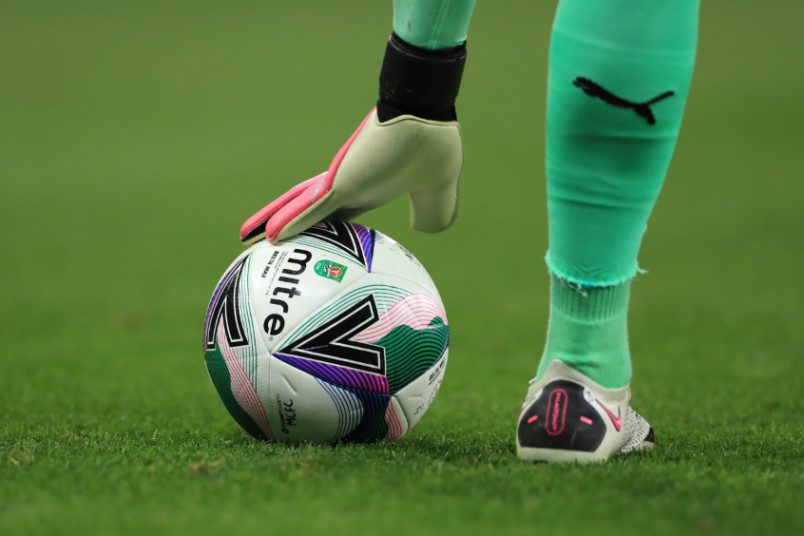 The roundup of USMNT players abroad starts with Manchester City’s League Cup win. Manchester City shutout Spurs 1-0 at Wembley with Zack Steffen in goal. Aymeric Laporte scored in the 82nd minute with Steffen making one save. City is on course to add the Premier League title with a ten-point lead. They open their Champions League semifinal series with PSG on April 28.

“It was more than deserved. It was a good night to share with our people,” Manchester City manager Pep Guardiola said of a final played in front of a limited attendance of 8,000. “We missed them. All the clubs. It wasn’t full but they represented all the people. To share it with them, it sounds better. They made some good noise so it’s better of course. The reason why we do that is for them.”

Mark McKenzie subbed on in the 87th minute of KRC Genk’s 2-1 win at Standard Liege in their Belgian Cup final win. Junya Ito scored for Genk in the 48th minute with Theo Bongonda making it 2-0 in the 80th. Standard Liege pulled a goal back in the 84th and went a man down in stoppage time.

Jordan Siebatcheu scored in Young Boys’ 2-1 home win over Sion in the Swiss Super League. Felix Mambimbi put Young Boys up in the 8th minute with Sion equalizing in the 24th. Siebatcheu scored in the 76th. Mix Diskerud subbed on in the 58th minute and scored a minute later in Denizlispor’s 1-1 home draw with Tyler Boyd’s Sivasspor in the Super Lig. Olarenwaju Kayode put Sivasspor up in the 32nd. Boyd subbed on in the 66th minute.

Christian Pulisic subbed out in the 74th minute of Chelsea’s 1-0 win at West Ham in the Premier League. Timo Werner scored in the 43rd minute with Chelsea playing a man up from the 81st. Cameron Carter-Vickers’s Bournemouth lost 1-0 at home to Brentford in the Championship. Brentford went down a man in the 50th and scored in the 77th minute. Daryl Dike’s Barnsley beat Rotherham United 1-0 at home on a 2nd minute goal from Carlton Morris.

Gio Reyna subbed out in the 69th minute of Borussia Dortmund’s 2-0 win at John Brooks’s Wolfsburg in the Bundesliga. Erling Haaland scored in the 12th minute. Dortmund went a man down with a red card to Jude Bellingham in the 59th. Haaland scored again in the 68th minute. Timmy Chandler subbed on in the 77th minute of Eintract’s 3-1 loss at Bayer Leverkusen. Eintracht was down 2-0 win Andre Silva scored in the 90th minute. Leverkusen scored again a minute later.

Chris Richards subbed out in the 77th minute of Hoffenheim’s 1-1 draw at Freiburg. Andrej Kramaric scored for Hoffenheim in the 40th with Freiburg equalizing from the penalty spot in the 40th minute. Josh Sargent subbed out in the 88th minute of Werder Bremen’s 3-1 loss at Union Berlin. Down three goals from a Union Berlin hat-trick, Theodor Selassie scored for Werder in the 82nd minute.

Tyler Adams subbed out in the 73rd minute of RB Leipzig’s 2-0 home shutout of Stuttgart. Playing a man up from the 14th minute, Amadou Haidara scored for Leipzig in the 46th. Emil Forsberg doubled the lead from the penalty spot in the 67th minute.

Julian Green subbed out in the 80th minute of Furth’s 2-1 loss at FC St Pauli in the 2.Bundesliga. Down from goals in the 10th and 50th minutes, Paul Seguin scored for Furth three minutes into stoppage time. Terrence Boyd’s Hallescher won 3-0 at Dynamo in the 3.Liga. Antonios Papadopoulos scred in the 27th minute with Michael Eberwein doubling the lead in the 62nd. Braydon Manu finished off the goals in the 78th minute.

Weston McKennie subbed on in the 69th minute of Juventus’s 1-1 draw at Fiorentina in Serie A. Trailing from a 29th minute penalty, Alvaro Morata equalized for Juventus in the 46th minute.

Sergino Dest subbed out at halftime of Barcelona’s 2-1 win at Villarreal in La Liga. Antoine Griezmann scored in the 28th and 35th minutes. Villarreal went a man down in the 65th minute. Yunus Musah subbed out in the 61st minute of Valencia’s 1-1 home draw with Alaves. Down a goal from the 84th and playing up from an 87th minute red card, Jose Gaya equalized for Valencia in the 89th minute. Shaq Moore’s Tenerife drew 1-1 at home with Castellon in the Segunda Division. Playing down a man from a 27th minute red card to Javi Alonso, Fran Sol scored for Tenerife in the 41st. Castellon equalized in the 49th minute.

Brenden Aaronson’s Red Bull Salzburg won 2-1 at Wolfsberg in the Austrian Bundesliga. Patson Daka opened the scoring for Salzburg in the 13th minute with Wolfsberg equalizing in the 29th. Mergin Berisha returned the Salzburg lead in the 72nd. Salzburg played a man down from the 72nd minute with a red card to Antione Bernede. Andrew Wooten subbed on in the 62nd minute of Admira Wacker’s 2-0 home loss to Austria Wien. Patrick Wimmer scored a minute into first-half stoppage time with Vesel Demaku doubling the lead in the 88th.

Luca De la Torre’s Heracles lost 3-1 at Emmen in the Eredivisie. Down from a 58th minute penalty, Heracles’s Rai Vloet equalized from the penalty spot in the 82nd. Emmen scored in the 89th and a minute into stoppage time. Reggie Cannon subbed out in the 77th minute of Boavista’s 1-0 home loss to Maritimo in the Primeira Liga. The goal came in the 63rd minute. Romain Gall subbed out in the 64th minute of Orebro’s 1-0 loss at Kalmar to an 82nd minute goal.