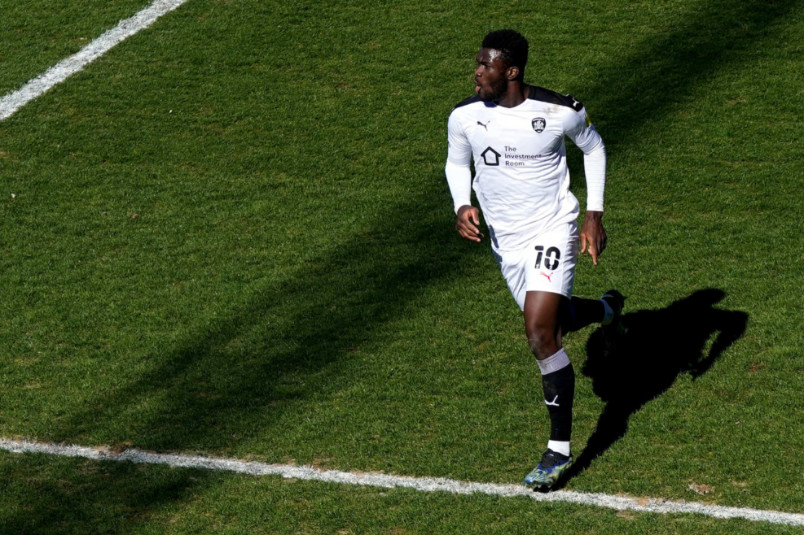 Tuesday’s soccer news starts with Daryl Dike making the difference in Barnsley’s 2-1 win at Luton Town in the Championship. Dike opened the scoring in the 27th minute and doubled the lead in the 59th. Luton Town pulled a goal back in the 83rd minute. Barnsley is 5th in the Championship table with 69 points from 39 games, a point behind Swansea and Brentford.

“It’s good to get back to winning ways and get the momentum going towards the end of the season,” Dike said. “We’ve proven that we can compete against any opponent that we’ve faced. It’s in our hands and we train every single day as hard as we can. We train and we know what our goals are. It’s all in our hands and, coming into every match, we try to be the imposing factor on every single team that we play against.”

Staying in the Championship, Cameron Carter-Vickers’s Bournemouth won 1-0 at Blackburn. Phillip Biling scored in the 29th with Arnaut Danjuma doubling the lead in the 75th minute. A league down, Lynden Gooch subbed on in the 71st minute of Sunderland’s 1-1 away draw with Peterborough United. Falling behind in the 66th, Aiden McGeady equalized in the 81st minute.

Owen Otasowie was on the bench for Wolverhampton’s 3-2 home loss to West Ham. Down three from goals in the 6th, 14th, and 38th minutes, Leander Dendoncker scored for Wolves in the 44th. Fabio Silva pulled them within one in the 68th minute. Wolverhampton is 14th in the Premier League table, a point behind Southampton.

Geoff Cameron wasn’t in the squad for QPR’s 3-1 loss at Nottingham Forest. Trailing 3-0 from the 69th, QPR’s Lyndon Dykes scored three minutes into stoppage time. Matthew Olosunde was on the bench for Rotherham United’s 3-0 home loss to Wycombe Wanderers. The goals came in the 2nd, 24th, and 83rd minutes.

Sergino Dest subbed out in the 87th minute and Konrad De La Fuente was on the bench for Barcelona’s 1-0 home win over Real Valladolid. Up a man from the 79th, Ousmane Dembele scored Barca’s winner in the 90th minute.

“If you play well, it’s easier to create a lot. You have that spirit,” Barcelona coach Ronald Koeman said. Today, we did not play well. The team was not what we saw in the last few matches in the league. But we suffered, and we worked really hard until the end to score the goal and to win the game.”

Andrija Novakovich subbed out in the 57th minute of Frosinone’s 1-0 loss at Salernitana in Serie B. Salernitana scored in the 55th minute. Matt Miazga’s Anderlecht won 4-1 at Antwerp in the Pro League. Majeed Ashimeru put Anderlecht up in the 52nd minute with Michael Murillo scoring in the 62nd. Anouar Ait El Hadj made it 3-0 in the 77th with Yari Verschaeren finishing off the Anderlecht goals in the 84th. Antwerp scored in the 89th minute.